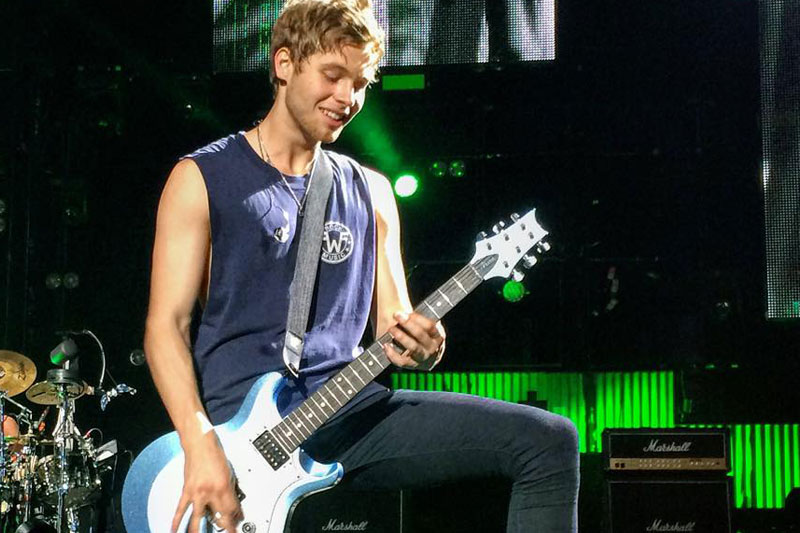 Press release: With the release of Sounds Good Feels Good (Hi or Hey Records/Capitol Records), 5 Seconds of Summer has scored its second No. 1 album on the Billboard 200 in 15 months – and made chart history. The Australian act is the only band (not vocal group) to see its first two full-length studio albums debut at No. 1 on the Billboard 200. Sounds Good Feels Good sold 192,000 units in its first week of release and is available now at all music retailers and via the band’s store. It is the follow-up to the group’s self-titled debut album, which was released in the U.S. on July 22, 2014, entered the Billboard 200 at No. 1 and has now sold more than three million copies worldwide. Sounds Good Feels Good debuted atop the albums charts in numerous other countries, including the U.K., Australia, Italy, Holland, Belgium, Ireland and Norway. “To get consecutive number 1 albums in America is a dream come true and we are all incredibly proud. This Number 1 isn’t just for us, it’s for all our fans and to everybody who has supported us. Especially everyone who have been there from the beginning,” said 5 Seconds of Summer. “Our fans have been truly amazing, this is for you. We made an album that is incredibly personal to us and we just hope our fans can relate to it and that it brings a bit of joy to people's lives. We all can't wait to play it next year on our tour. Thanks again to everyone who has made this possible.” 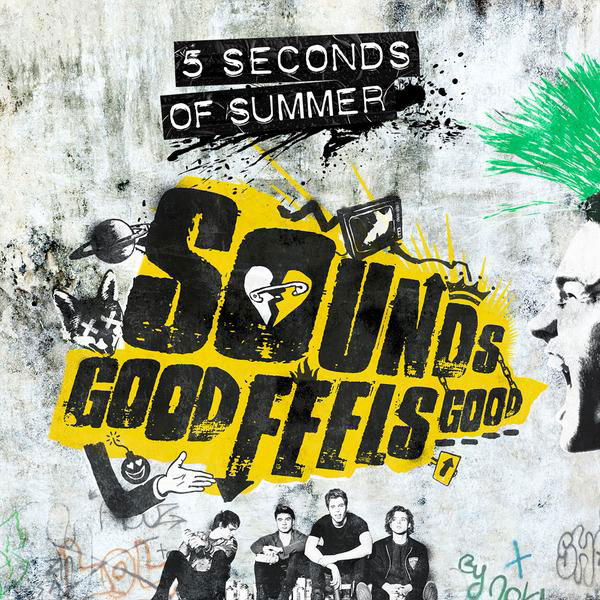 Tickets are on sale HERE for the North American leg of the band’s “Sounds Live Feels Live” tour, produced by Live Nation. In the meantime, fans can soon own one of the band’s most epic performances yet. How Did We End Up Here? – Live At Wembley Arena, 5 Seconds of Summer’s first-ever official DVD and Blu-ray, will be released on November 20 by Hi or Hey Records/Capitol Records. The pre-order is underway HERE for the collection, which will also be available as an eVIDEO longform. View the trailer HERE. How Did We End Up Here? is a full-length, all-access documentary film tracing the band’s remarkable story, from its first-ever show at the Annandale Hotel in Sydney, Australia in December 2011 to its sold-out, three-night stand at Wembley in June 2015. Live At Wembley Arena captures 5 Seconds of Summer performing 12 songs – including such smash hits as “She Looks So Perfect,” “Don’t Stop,” “Amnesia” and “Good Girls” – at the legendary London venue. Extras include three bonus live tracks, six of the band’s official videos and the behind-the-scenes featurette Meeting Your Heroes. Total running time for the package is approximately 187 minutes. See below for track listing. 5 Seconds of Summer, which will pay its first visit to “The Howard Stern Show” today, launched Sounds Good Feels Good with a trio of release week TV appearances, playing a concert at NYC’s Rockefeller Plaza for NBC’s “Today” and performing their new single, “Hey Everybody,” on “The Tonight Show Starring Jimmy Fallon” and “The Ellen DeGeneres Show.” The band will also perform at the “2015 American Music Awards,” airing live from the Microsoft Theater in Los Angeles on Sunday, November 22, at 8:00 p.m. ET on ABC. “5SOS go bigger than ever,” proclaimed Rolling Stone, which named them the “biggest new rock act in the world.” Entertainment Weekly praised the new album as “killer” and put it on “The Must List” while Newsday observed, “‘Sounds Good Feels Good’ is true to its title.” “5 Seconds of Summer is introducing punk rock to people who don’t even know they like punk rock — and that’s as subversive as it gets,” noted New York Post. “5SOS are fostering a community so powerful, there’s no telling what new realms of success they can dominate. For now, it simply sounds good, feels good,” said Alternative Press, which awarded the album four stars. Sounds Good Feels Good was executive produced by rock veteran John Feldmann (All Time Low, Good Charlotte, Boys Like Girls). First single “She’s Kinda Hot” won Song of the Summer honors at the 2015 MTV Video Music Awards, topped the iTunes charts in 44 countries and was a Top 15 hit at Top 40 radio in the U.S. Views for the accompanying video, directed by Isaac Rentz (Cage The Elephant, Blink 182), now exceed 20 million. The official video for “Hey Everybody!” – also lensed by Rentz – racked up 1.2 million views in the first 24 hours after its release. 5 Seconds of Summer has won numerous awards, including an American Music Award, a People’s Choice Award, five MTV European Music Awards, an MTV Video Music Award and an iHeartRadio Music Award.