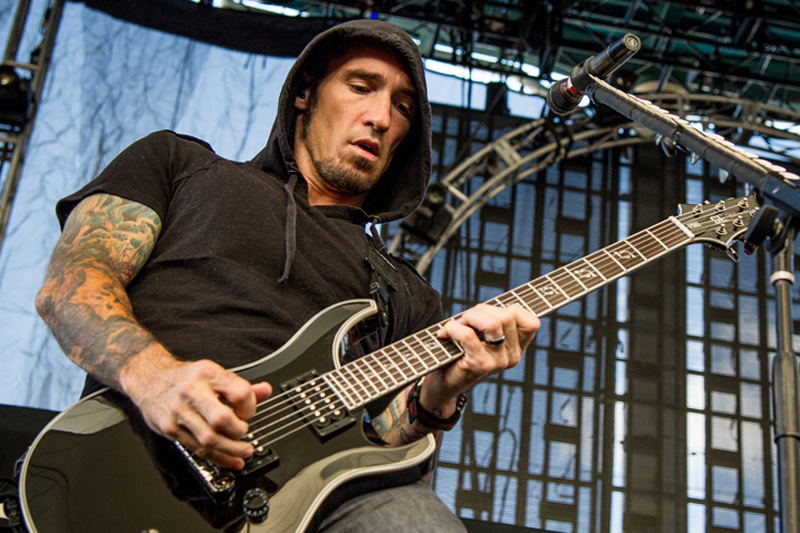 As Sevendust approaches two decades together as a band, they have reached another milestone in their illustrious career. The band has received their first-ever GRAMMY® nomination. “Thank You,” the debut single from the band’s latest album Kill The Flaw, was nominated for Best Metal Performance. The album itself debuted at #13 on the Billboard Top 200 and was the highest sales debut of their career.

The band is nominated alongside August Burns Red, Ghost, Lamb Of God and Slipknot in the category. The band will find out if they won on February 15, 2016 -- the date of the 58th annual GRAMMY® Awards. “It’s unbelievable to be nominated for a GRAMMY® and we thank the Lord for this opportunity. We are so grateful to everyone who has helped us achieve this!” exclaims singer Lajon Witherspoon. “Thank You” has received a lot of attention for the band since it was released. On September 9th the song was featured in the Apple Keynote speech from the Bill Graham Civic Auditorium in San Francisco. Jen Folse, senior design producer and part of the Apple TV team, showcased Sevendust and “Thank You” during the finale of her promo of the new Apple TV. As she stated during her presentation in regards to SEVENDUST, “So you probably wouldn’t have guessed it, but I am quite the metal head and this is one of my favorite bands.” Sevendust has been touring in support of Kill The Flaw and recently wrapped a successful tour playing with Breaking Benjamin and Shinedown last month. The band will soon head over to Australia in March 2016 and then return for another run through the United States including already announced appearances at Fort Rock, Welcome To Rockville and Rock On The Range. Sevendust has been known for their amazing live shows. As radio personality Lou Brutus recently stated: “The next time you see Sevendust perform at a festival, don’t watch them, watch the side of the stage, because you can bet every other band on the bill will be there taking notes & wondering how they got so fucking good.” Sevendust formed in 1996 and have forged one of hard rock’s most diehard audiences. 2014’s acoustic offering Time Traveler’s & Bonfires saw an overwhelming response from that community, being quickly funded through a highly successful PledgeMusic campaign. Just a year prior, Black Out The Sun entered Billboard’s Top Hard Music Albums chart at #1 and landed at #18 on the Top 200. They kicked off their illustrious career with an untouchable string of three gold albums, beginning with their self-titled 1997 debut and continuing with Home in 1999 and Animosity in 2001. Along the way, they’ve sold out shows everywhere and given unforgettable performances at the likes of Rock On The Range, Woodstock, OZZfest, and Shiprocked!. However, the era of Kill The Flaw continues to break new ground for the band. Sevendust is comprised of vocalist Lajon Witherspoon, the dual-guitar attack of John Connolly and Clint Lowery, and the driving rhythm section of Vince Hornsby on bass and Morgan Rose on drums. CONNECT WITH SEVENDUST www.sevendust.com FACEBOOK / TWITTER / INSTAGRAM