PRS artist and world-renowned musician John McLaughlin recently released his newest album Black Light. The album is his third studio album featuring his band, the 4th Dimension. Check out the story below to learn more about the inspiration behind the album and the process John went through to make Black Light happen! -- “Playing and working with the same musicians in a band is a living process which unfolds as time goes by,” reflects guitarist, composer, and bandleader John McLaughlin when considering the release of his latest album, Black Light – the third studio album to feature his band, the 4th Dimension. Available via Abstract Logix on September 21, 2015, Black Light finds the relentlessly inquisitive, exploratory McLaughlin continuing to uncover new melodic and rhythmic pathways with the same fearless zeal that has made him one of modern music’s most admired and influential figures. And, in the 4th Dimension – drummer/vocalist Ranjit Barot, keyboardist/drummer Gary Husband, and bassist Étienne M’Bappé – McLaughlin has gathered a trio of fellow travelers with the collective discipline, technical ability, musicianship, and imagination to support, enhance, and enrich McLaughlin’s challengingly expansive new material and methods. “I am always excited to play with these musicians,” McLaughlin says enthusiastically – no small compliment given he has performed alongside an array of revolutionary talents in his lifetime. “Not only are they marvelous players, but they are great human beings, and as such we have developed, over the years, a deep complicity that comes through in the music.” 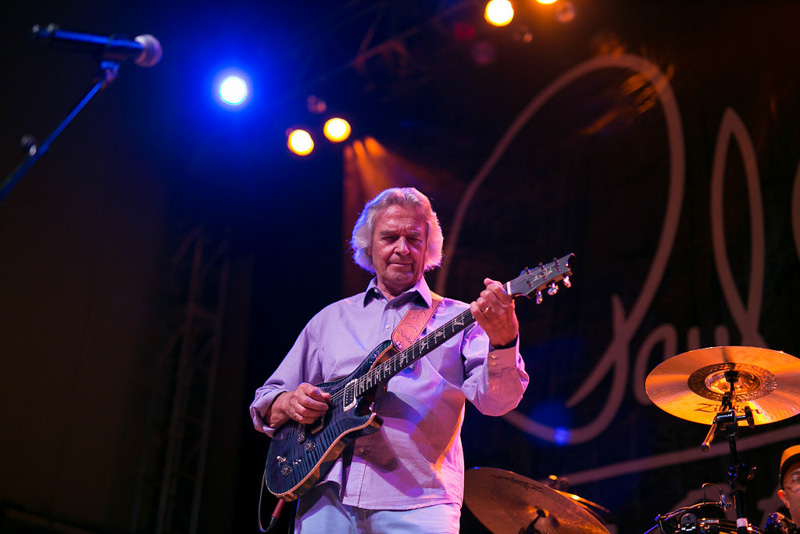 Alternately thrilling and heart-rending, the performances and compositions captured on Black Light represent a daring cross-section of McLaughlin’s remarkable career. Throughout, elements of different traditions and styles McLaughlin has been inspired by (and, in some cases, helped to create) are juxtaposed and interwoven into startling new designs – in a most tasteful, musical fashion. “If you simply impose musical elements of a different culture arbitrarily, the result will not be emotionally authentic,” he explains. “The integration of the various talents of the musicians arrives in a way that I can only call organic.” Helping to cohere the sonic landscape of Black Light is the artful use of electronic elements – both in terms of programmed rhythm tracks, guitar synthesis, and Husband’s uniquely human touch on synthesizers. “The original concept of this recording relates to an album I made some years ago called Industrial Zen,” McLaughlin continues, “in which I worked a long time with what is called ‘sound designs,’ which are either soundscapes or rhythmic elements that have the capacity to evoke feelings and visions in my imagination that would not come otherwise. I became involved in synthesis as far back as 1975, and I’m still attracted to the possibilities of expression. It actually is a fascinating world, but can be quite easily abused in an artistic sense. To me, this is the seductive side of sound design.” The results achieved by integration of the band’s powerful yet nuanced performances with textured electronic backdrops both haunting and urgent is startling. Witness Barot going head-to-head with a propulsive, roiling synthetic rhythm track on “Kiki,” or how the band weaves in and out of “360 Flip”’s stark, unpredictable electro-underpinnings. “360 Flip” is also one of several Black Light tracks to feature Barot’s mastery of konokol – an Indian tradition of vocalized percussion. The emotional core of Black Light, and one of McLaughlin’s finest acoustic performances on record, rests in “El Hombre Que Sabia” – a deeply moving tribute McLaughlin’s late collaborator, Paco de Lucía, who passed away in early 2014. “You cannot imagine how much I miss him,” reflects McLaughlin. “‘El Hombre’ is one of the pieces Paco and I had planned to record on a new studio album last year. He was particularly fond of this piece, although I had not yet given it its current title. I named it as an homage – for my love and admiration for him. In English it means “The Man who Knew,” because Paco ‘knew.’” 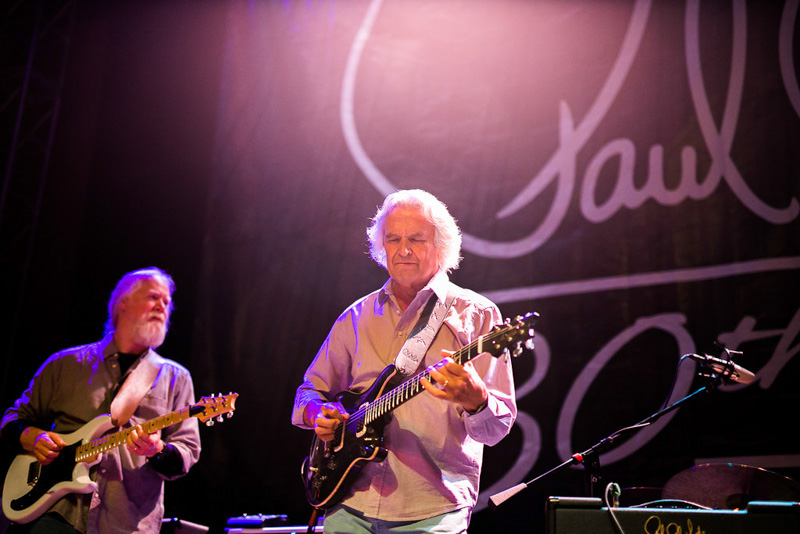 Opening with a yearning, spacious passage for acoustic guitar and synthesizer, “El Hombre Que Sabia” gradually and naturally builds to a fevered, flamenco-informed McLaughlin solo on nylon-stringed guitar that is as dexterous as it is emotionally devastating. His statements are interspersed with probing, linear commentary from Husband on acoustic piano. And, as it is throughout Black Light, M’Bappé’s supportive, melodic bass playing elevates the soloists’ statements while remaining entirely listenable on its own terms. The latest dispatch from a life-long musical journey, Black Light shows no sign of slowing down or complacency on McLaughlin’s part. Rather, it is the fulfillment of an ongoing, evolving ambition to thoughtfully, consciously imbue his sonic constructions with maximal emotional resonance. “I grew up with the music of Stravinski, Berg, Webern, and Schoenberg,” he says, “in which as composers, were able to create what we now call ‘atmospherics’ with natural instruments. They all had an effect on me that manifests itself in my own fascination with the emotional impact of ‘sound’ – not simply notes. The sounds or sequences you create have to speak to you, they have to relate to something inside.” AUSTRALIA / ASIA TOUR DATES 6-Oct // Perth,Perth Astor Theatre 8-Oct // Sydney,City Recital Hall 10-Oct // Brisbane,The Tivoli 13-Oct // Melbourne,The Forum 14-Oct // Melbourne,Recital Centre 18-Oct // Bali,Arma Ubud 23-Oct // Tokyo,Blue Note 24-Oct // Tokyo,Blue Note 25-Oct // Tokyo,Blue Note 27-Oct // Taipei,The Wall Livehouse 29-Oct // Singapore,NUS Cultural Centre for the Arts Hall 30-Oct // Hong Kong,Kowloon Bay International Trade and Exhibition Center (KITEC) Rotunda 1-Nov // Bangkok, Aksra Theatre 3-Nov // Kolkata, India, Dalhousie Institute 5-Nov // Dhaka, Bangladesh Army Museum 6-Nov // Mumbai, India NCPA 7-Nov // Bangalore, India Counterculture CONNECT WITH JOHN www.johnmclaughlin.com Twitter