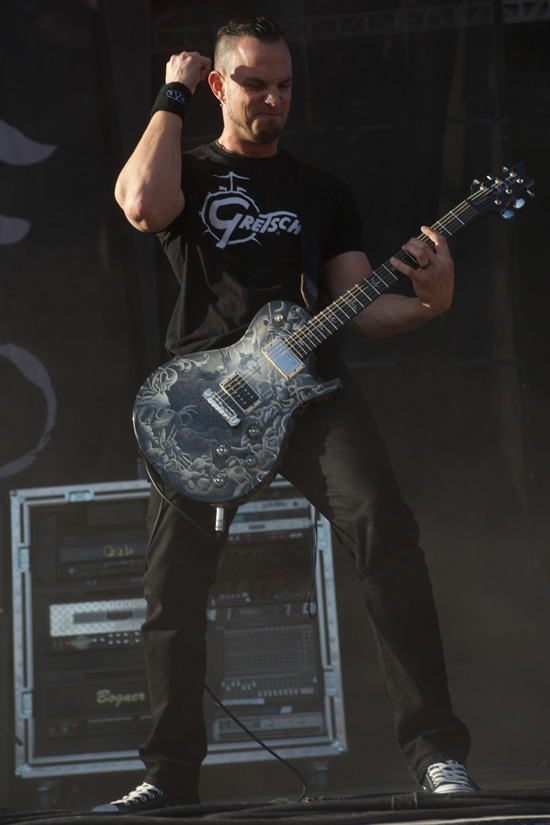 As an internationally recognized artist whose intricate drawings can be found in art galleries, corporate and private collections, Joe Fenton is represented internationally by Gallery House. Fenton works in monochrome using graphite, ink and acrylics on paper. So when Mark Tremonti, PRS signature artist and world-acclaimed heavy metal guitarist of Alter Bridge and Creed, approached Joe and commissioned the artist to decorate his first-ever guitar, the result was a one-of-a-kind PRS guitar masterpiece that looks as badass as it sounds. It took Fenton approximately three months to create the intricate detailed artwork that adorns nearly every inch of the guitar’s body and neck. When asked about his first ever guitar project, Joe replied, “I was quite nervous before embarking on the project as it forced me out of my comfort zone. I had to work in a different way from what I was used to. PRS also created a custom-cut Tremonti guitar with less plates on the back so as not to obstruct the artwork as much, which was great.” Fenton created the original artwork with input from Mark Tremonti. He described the design process as, “When Mark and I met he had some strong ideas in terms of what he wanted. We discussed such artworks like “The garden of earthly delights,” a triptych painted by the early Netherlandish master Hieronymus Bosch. The triptych shows the warnings and perils of life’s temptation, depicted by images of heaven and hell. Mark wanted the guitar covered in artwork with this subject matter.” He continued, “I showed Mark the designs before I did any artwork on the actual guitar. The back and neck design, which depicts the lighter side was easier to come up with. My first attempt for the front wasn't quite right. I held back on the level of detail I put into it and did a much bolder design. Mark basically wanted me to cram in as much detail as I could. I redesigned it and eventually came up with imagery you see now.” The artist captured the process in a fascinating eight minute long time-elapsed video that features Alter Bridge’s “Blackbird” playing in the background. The guitar was then shipped back to PRS Guitars were several coats of acrylic were meticulously applied over the artwork. Then the electronics and hardware were installed by the PRS Private Stock team of luthiers headed by PRS Guitars’ working founder Paul Reed Smith and Private Stock Director Paul Miles. The project came full circle when PRS Artist Relations team member Rich Hannon presented the finished guitar to Mark Tremonti backstage at the Rock on the Range festival where Mark’s band Alter Bridge was headlining. After the presentation, Tremonti brought the guitar on stage and performed a blistering solo on it during the band’s performance of “Addicted To Pain.” Afterward Mark commented, “I am just blown away by this beautiful guitar! Joe Fenton knocked it out of the park and PRS more than delivered with this one. I can’t wait to spend many more hours playing with this masterpiece. The eight minute time elapsed video of the guitar’s artwork is available for viewing at: http://youtu.be/f4ISS2YkweE Photos of the guitar, Joe Fenton and Mark Tremonti are available at the following link: http://prsguitars.com/media/tremonti_fenton/ 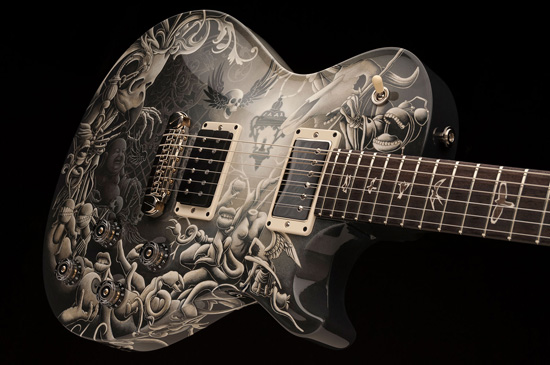