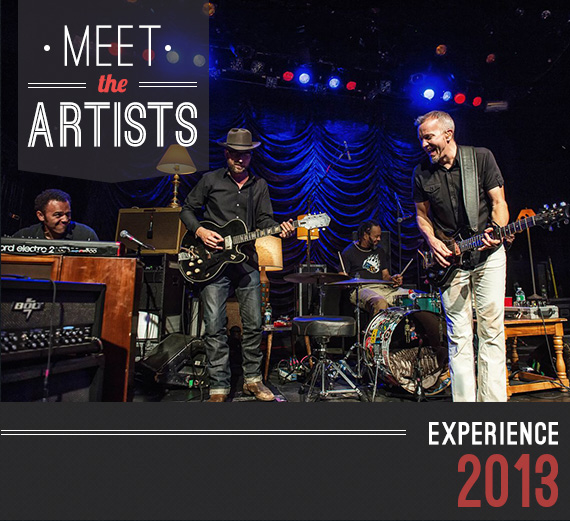 Hailing from Jacksonville, Florida, JJ Grey & Mofro's beginnings can be traced back to the mid-nineties. As of 2013, the band has released 6 full-length studio albums, 1 live DVD/CD, and a "Best of" Vinyl. PRS President Jack Higginbotham happily stumbled upon JJ Grey & Mofro about 6 years ago. Drawn to more than their interesting blend of funk, blues, and southern rock; Jack was impressed with JJ Grey's ability to tell a story with his music and create a capturing vibe. For years, Jack sat on the idea of introducing PRS guitars to JJ Grey; that ended with the launch of the PRS S2 Series. With a gut feeling that the new line of S2's would fit JJ Grey's style perfectly, Jack reached out to JJ Grey's manager and arranged to meet JJ while the band was out on tour. Armed with the S2 Starla, Mira, and Custom 24, Jack and members from the PRS Artist Relations and Marketing teams drove to Wilmington, DE for a JJ Grey & Mofro show. Right out of the gate, JJ Grey picked up the Starla and knew it was the one for him. With only a few moments to play the Starla and sound check before his show started, JJ Grey ended up playing the Starla that whole night on stage, but it was when he started his European tour in the Spring of 2013 that he really had quality time to spend with the S2 Starla. His feedback reached PRS shortly after, “This guitar has already changed the way I play. The sounds you can get out of it are incredible. Right out of the box at the house the Starla's were a blast. Even without an amp they're really loud and very easy to play! Probably one of the greatest things about these guitars is that they refuse to go out of tune which is HUGE. Staying in tune is such a big deal for me and having total confidence in a guitar is like having total confidence in the people you play with onstage. I can't say enough about these guitars!” - JJ Grey on his S2 Starla. We are excited to introduce JJ Grey & Mofro to fans of PRS and have the band perform for us this year at Experience 2013. See what JJ Grey has to say about his PRS S2 Starla:

Check out the title track off of JJ Grey & Mofros latest album "This River":