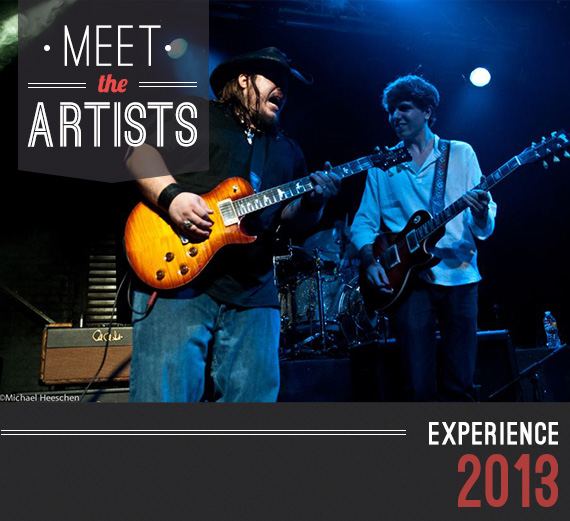 The following is an excerpt from a Dallas Observer article written on Lance Lopez. Read the full article here: "Lance Lopez Took His Blues from Elvis, Jimi and Billy" "Lopez commands the stage when he steps behind the microphone. His dark sunglasses, black cowboy hat and PRS guitar resting next to his hip make him look more like an outlaw than a Texas bluesman. He can feel the blues as his hands slide across his guitar's neck. He's been channeling them since he was a child, jamming with neighborhood kids in Shreveport, Louisiana. Sharing the stage with the likes of Lucky Peterson, Buddy Miles and soul-singer Johnnie Taylor has helped Lopez to create a progressive blues sound. And he's opened for B.B. King, Jeff Beck, Steve Vai and ZZ Top. His version of "Red House" with Andy Timmons is awe-inspiring, and his benefit for Bugs Henderson in 2012 redefines what it means to channel the blues." Here's what Lance plays: Guitars Main Guitar: Sunburst SC-245 Second Guitar: Gold Top Stripped 58 "My main guitar right now is an incredible PRS Sunburst SC-245! It came to me from PRS UK in Cambridge, England and arrived from PRS Europe during soundcheck at a festival in Osnabrück, Germany where we were performing. As soon as I picked it up I knew it was the perfect guitar for me! We strung it and I played a 2 and a half hour show with it after having only pulled it out of the box a few minutes before the show. It was amazing from the first note! I have been mainly playing that guitar every night, ever since then, everywhere in the world....it's just the perfect guitar for me! It was truly incredible how everyone at PRS in the U.S., UK and Europe all worked together to get me such a great guitar!" Amps PRS Dallas, PRS HXDA, PRS 2 Channel H "Doug Sewell has been a very legendary amp builder down in Texas for quite some time. When I found out he was building all of the PRS Amplifiers, I knew PRS Amps were going to be very serious amplifiers! I first played through PRS Amps at Slide Away Studios in Los Angeles a couple of years ago, and I was totally blown away by how amazing they were! My Dallas Amp and HXDA, are incredible! They have all of the classic tone of every vintage amp I love, but also a very unique and distinct sound. I used a 2 Channel H during a recent tour of Europe and it was one of the greatest and most versatile amplifiers I've ever played through! PRS Amps are the real deal!" Lance is excited to be performing at this year's Experience PRS. Catch him this Saturday night on the main stage, it is sure to be a killer show.