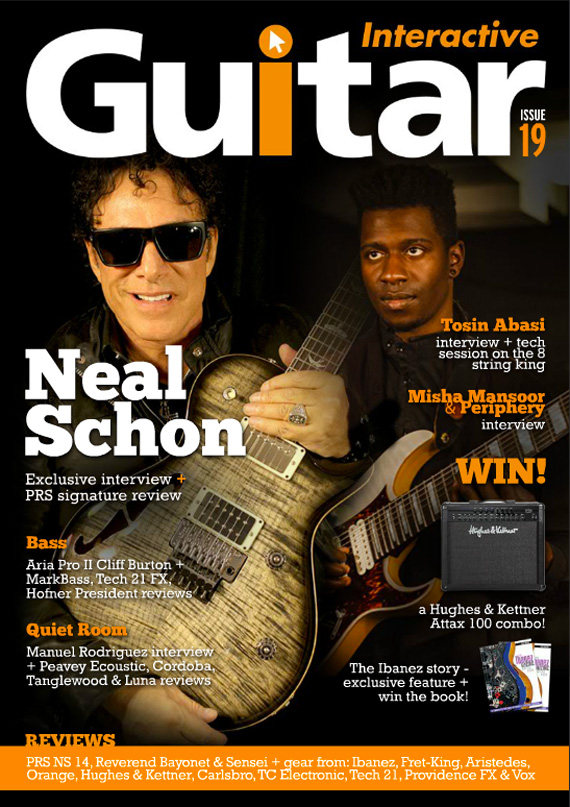 The legendary Journey guitarist Neal Schon is featured on the cover of Guitar Interactive this month. In this issue, GI conducts an in depth interview with Neal covering his highly successful career as well as his PRS gear choices. "Neal Schon has been at the top of the tree since 1971 - when he was asked by both Carlos Santana and Eric Clapton to join their bands! The founder of Journey way back in 1975, Schon has been the sole constant member throughout its 14 million-selling albums and endless touring history. GI's Stuart Bell met Neal for not just one, but two in-depth interviews, plus an exclusive look at Neal's system with tech specialist Adam Day while Tim Slater profiles one of Rock guitar's most enduring greats." -Guitar Interactive, Issue 19 Click here to see this issue!