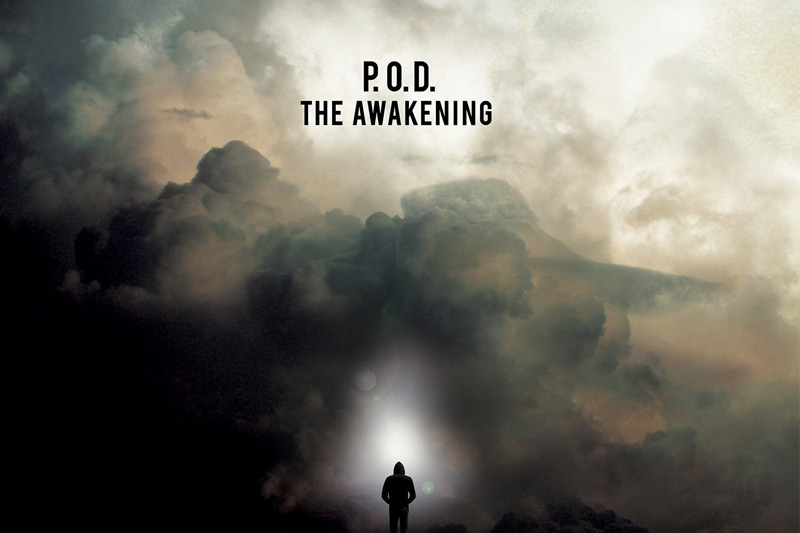 Marcos Curiel used a number of PRS guitars in the studio recording this new album. "PRS guitars have always been a major part of my arsenal live & in the studio. With this current P.O.D. album, The Awakening, I had the pleasure of using my goldtop Singlecut, my white S2 Starla, & my frost blue metallic JA-15 " - Marcos Curiel Multi-platinum, GRAMMY®-nominated SoCal hard-rockers P.O.D. released their ninth studio album, The Awakening (T-Boy/UMC), on August 21st. The evocative album, produced by the band’s long-time collaborator and friend, Howard Benson (My Chemical Romance, Kelly Clarkson), features 10 tracks and special guests Maria Brink from In This Moment and Lou Koller from Sick of it All. The Awakening is now available worldwide for preorder on CD, digital, and vinyl LP. P.O.D. is on tour throughout the summer and well into the fall, with confirmed shows in more than 25 U.S. cities (confirmed dates below; more to be announced). Before heading out on tour, P.O.D. will celebrate the release of their new single, “This Goes Out To You,” by performing a special pre-game ‘Party at the Park’ set at San Diego’s PETCO Park this Friday, June 12 (San Diego Padres vs. Los Angeles Dodgers). For more information about P.O.D.’s upcoming tour dates and The Awakening, visit www.payableondeath.com. Long known for carrying the hard rock torch with a positive message, P.O.D. are looking forward to sharing The Awakening with fans around the world. The album travels on a journey based on the good and bad choices of a central character, exploring the consequences of his decisions. “The Awakening is meant to be listened to in its entirety,” says P.O.D. singer and lyricist Sonny Sandoval. “Every song ultimately explores a character dealing with life, making mistakes, fighting, trying. But we also live in a singles-type world, and it works on that level, too.” Sonically, each track benefitted from the band’s years of studio and stage experience. “I used to want to put as many tracks of guitar on the record as I could, because I thought that’s what you did,” says guitarist Marcos Curiel. “But as I’ve gotten older, I’ve realized that the more space you’re letting in with all the instruments, everything breathes and has an energy and a vibe.” “The Awakening is definitely an evolution from where we’ve come from,” says bassist Traa Daniels. “It’s this amazing piece of art that we’ve been able to put together as four guys who are like brothers; this is really special.” “I feel this is like a pivotal moment for P.O.D.,” says drummer Wuv Bernardo. “It’s more than just `Man, we just went in the studio and did a record…’ The urgency of our band, as far as how serious we are putting this kind of material in there and the way that we did it, blows my mind. I am proud of these guys, of us.” Since forming in San Diego in 1992, P.O.D. (Payable on Death) have charted their own course, with worldwide sales exceeding 10 million, hugely successful international tours, and a series of chart-topping radio hits. Over the span of two decades they have released eight studio albums of original songs – including the triple-platinumSatellite – seen chart success with more than a dozen Rock radio hits, including “Southtown,” “Alive,” “Youth of the Nation,” and “Boom,” the Active Rock hit “Beautiful” and their No. 1 single, “Lost In Forever,” received three GRAMMY Award® nominations, and racked up four No. 1 music videos. The band has also contributed songs to numerous major motion picture soundtracks. P.O.D. is Sonny Sandoval (vocals), Marcos Curiel (guitar), Traa Daniels (bass) and Wuv Bernardo (drums). The members of P.O.D. are also active members of a tight-knit music community, collaborating on their own records as well as others’, including Katy Perry, H.R. (Bad Brains), Mike Muir (Suicidal Tendencies), Sen Dog (Cypress Hill), and more. When asked about P.O.D.’s particularly active schedule this year, Wuv summed it up well for everyone, saying, “This time around it’s just pure band excitement. It’s natural and it’s where we’re at.” CONNECT WITH P.O.D. www.payableondeath.com Facebook Twitter THE AWAKENING TRACK LIST 1. Am I Awake 2. This Goes Out To You 3. Rise of NWO 4. Criminal Conversations (feat. Maria Brink) 5. Somebody’s Trying to Kill Me 6. Get Down 7. Speed Demon 8. Want It All 9. Revolución (feat. Lou Koller) 10. The Awakening Check out the clip below for some live show footage of Marcos playing his PRS S2 Starla!