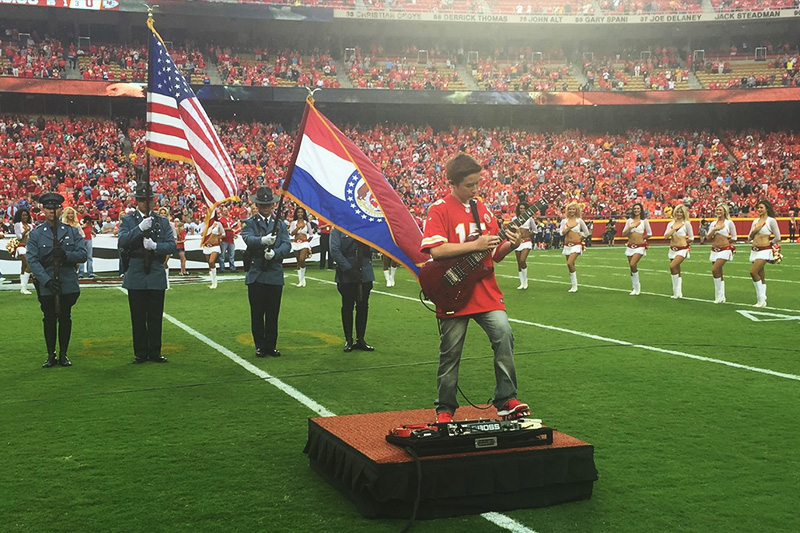 This weekend, 12-year old Aidan Fisher performed the National Anthem live at the NFL season opener of the Kansas City Chiefs. In this story you can check out a video of his live performance! -- Tens of thousands of screaming NFL fans looked down to the 50-yard line of Arrowhead Stadium in Kansas City this weekend to see Aidan Fisher perform the National Anthem. Aidan was on stage alone with his PRS SE Custom 24 Floyd. The Scarlet Red color of his guitar blended in nicely with the rest of Arrowhead Stadium (a 79,451 person capacity). Aidan stood there cool, calm, and collected waiting for his solo to begin. Many would agree...he nailed it. Check it out below!

Aidan earned his way into this awesome opportunity after he auditioned for the "Voice of the Kingdom" National Anthem contest with the Chiefs. He was selected as one of three finalists then voted as the winner! His story even made it onto his local news station where he played on live TV! Aidan has performed the National Anthem at numerous events including Monster Jam, NCAA Basketball in Kansas City, Creighton Men's Basketball in Omaha, Omaha Storm Chaser's MiLB, Victory Fighting Championships, and the Legends Football League. He also plays shows with his local School of Rock and has opened for and performed with Smash Mouth. CONNECT WITH AIDAN Facebook 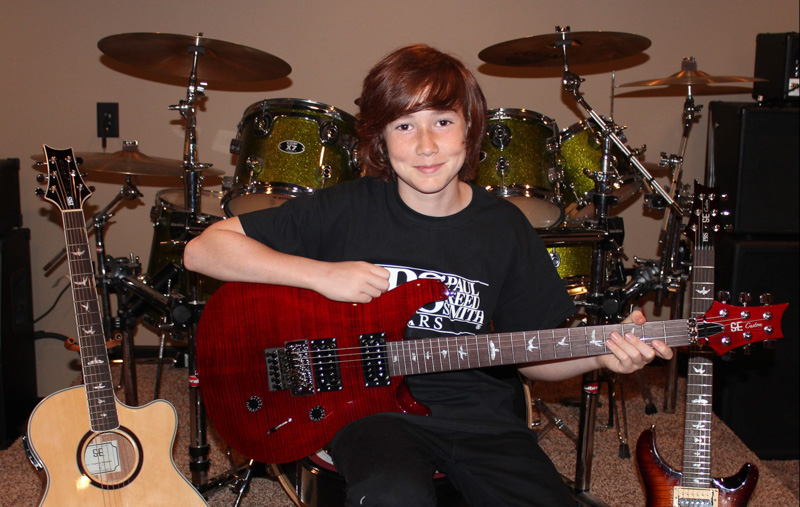 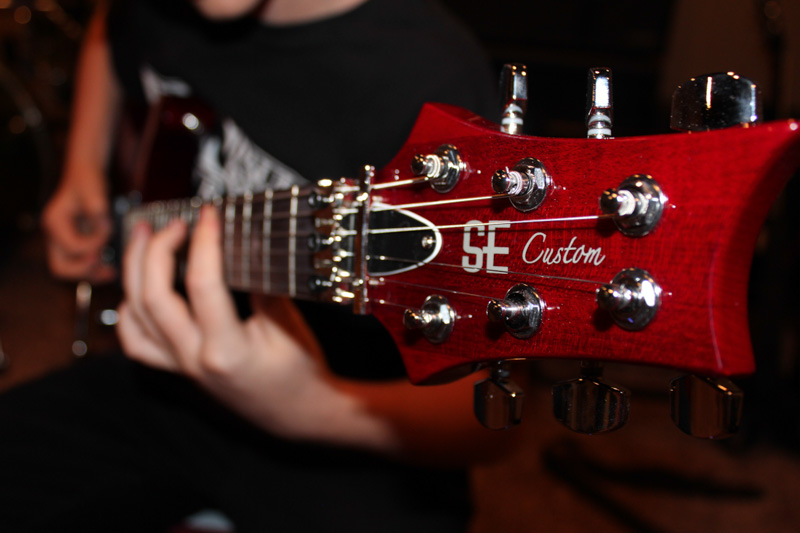