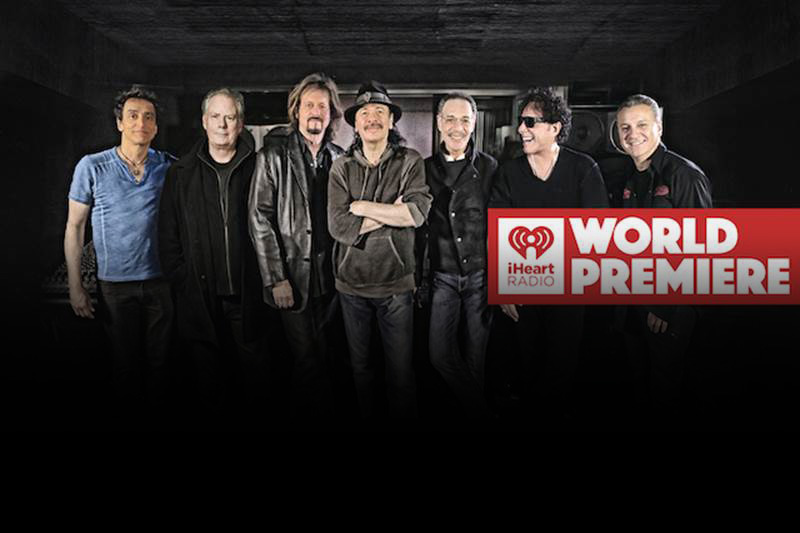 April 15th, 2016 marks the release date of Santana IV, the wildly anticipated studio album that reunites the revered early '70s lineup with PRS artists Carlos Santana and Neal Schon. They'll be joined by fellow original band members Gregg Rolie, Michael Carabello, and Michael Shrieve. The album marks the first time in 45 years -- since 1971's multi-platinum classic Santana III - that the quintet has recorded together. The band's newest single "Anywhere You Want To Go" was recently released worldwide. Give it a listen below!

features 16 all-new tracks written and produced by the band that burst with the same unparalleled energy and superlative musicianship that made Santana a pioneering force in world music and a household name across the globe. Joining the core Santana IV band in the studio are current Santana members Karl Perazzo (percussion) and Benny Rietveld (bass), with the legendary vocalist Ronald Isley guesting on two cuts. You can be sure that both the Santana and Schon models will be heard all over this album! TRACK LIST Yambu Shake It Anywhere You Want To Go Fillmore East Love Makes The World Go Round (Feat: Ronald Isley) Freedom In Your Mind (Feat: Ronald Isley) Choo Choo All Aboard Suenos Caminando Blues Magic Echizo Leave Me Alone You And I Come as You Are Forgiveness