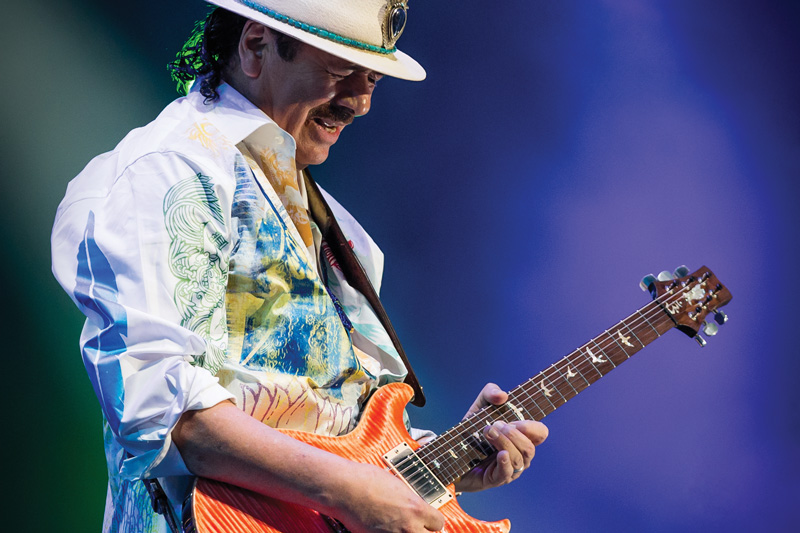 PRS artist Carlos Santana and his wife Cindy Blackman took center court at the Oracle Arena in Oakland last night. They performed an upbeat guitar and drum version of the National Anthem to open up Game 2 of the NBA Finals. This is the 4th year in a row that Santana has performed the anthem during the NBA finals. Check out a video of the performance below!

Here's a video of Carlos and Cindy getting loose before Game 2: