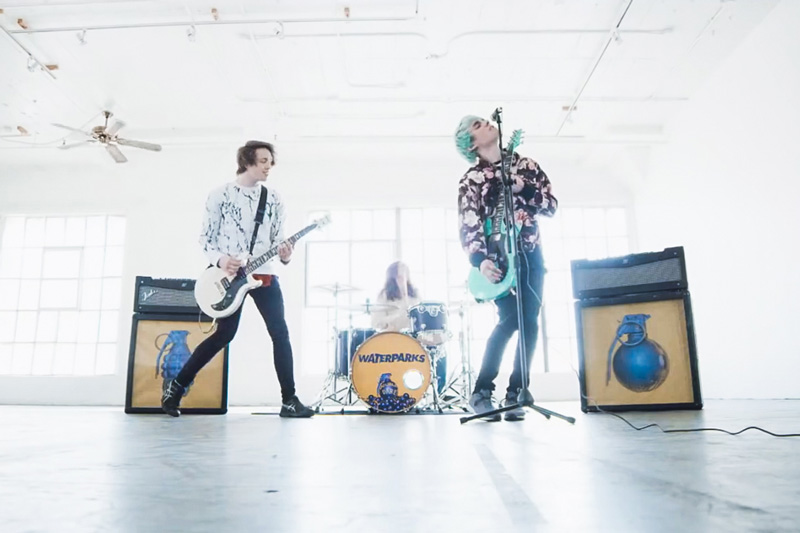 Waterparks, hailing from Houston, TX have had a breakthrough year playing dozens of shows throughout the US and releasing their debut full-length album, Double Dare. Among the standout tracks, a music video was filmed for "Royal." PRS artists Awsten Knight and Geoff Wigington can be seen in the video playing an S2 Standard 22 and S2 Mira, respectively. Check out the track below!