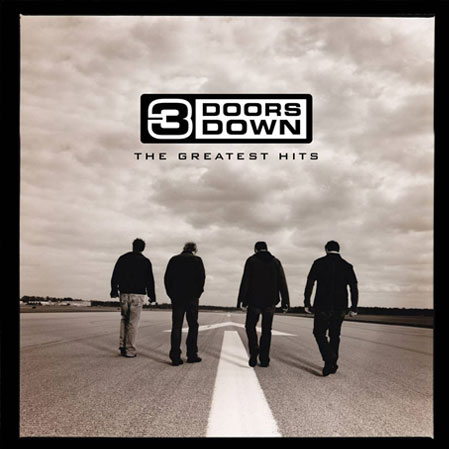 PRS Signature Artist Chris Henderson and 3 Doors Down will be releasing their new "Greatest Hits" album on November 19th! Press Release from Republic Records: Titled Greatest Hits, the collection encompasses the group's much-celebrated smash singles such as "Kryptonite", "It's Not My Time", "When I'm Gone", and many more. Three new songs, including the single "One Light", make the record a must-have for both longtime fans and newcomers alike. From that first explosive burst of "Kryptonite", which ignited their storied career at the top of last decade, to subsequent multi-platinum albums, and a non-stop touring regimen that finds them still notching shows around the world at a record pace, they also earned a hard-fought pedigree as one of Rock’s most exciting and authentic radio icons. Their impressive and steady ascension up the ladder has seen them score multiple #1 hits across formats, snag several Billboard and other awards, and log scores of sold-out shows over a growing global terrain that is nearing forty countries. Greatest Hits follows up the band's fifth effort, 2011's Time of My Life, which debuted at #3 on the Billboard Top and yielded their tenth Top 10 single. Once again, they're already making waves at radio. "One Light" is illuminating stations across the country, and it's classic 3 DOORS DOWN. Blending a massive hook and warm melodies, the track sees the quintet at its brightest. In addition, this collection also boasts new songs "There's a Life" and "Goodbyes". Greatest Hits reflects on 3 DOORS DOWN's incredible journey thus far, while paving the way for even more success and timeless rock to come. Confirmed Tracklisting: 1. Kryptonite 2. When I'm Gone 3. Here Without You 4. It's Not My Time 5. Let Me Go 6. Be Like That 7. Loser 8. Away From The Sun 9. Duck and Run 10. One Light 11. There’s A Life 12. Goodbyes
← Back To Blog