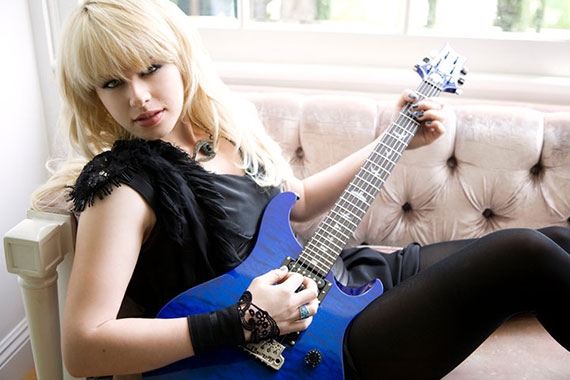 Orianthi is inviting all musicians to submit a video of their best live performance for the chance to join her onstage in Los Angeles. The PRS Artist is using the Talenthouse platform to find a guitarist, bass player, keyboard player and drummer for ‘BeMyBand’, a new song in development from Dave Stewart, co-founder of the Eurythmics. Orianthi encourages and challenges players, “I’m definitely looking forward to meeting four ace musicians who can rock my world.” “I always think about all those great players out there in various towns and cities who would love to play alongside a major artist and go through the whole experience of rehearsing and then perform a big show,” Stewart said in a statement. “There are so many singing competitions; this one is about the players in the band. The guys and girls who help create that magic.” Orianthi, an award-winning, Platinum Australian-born guitarist, has been playing PRS guitars since she was 11 years old. Named one of the 12 Greatest Female Electric Guitarists by Elle Magazine, Ori has played her PRS Custom 24 electric guitars with music legends including: Michael Jackson, Steve Vai, Prince, Alice Cooper, Carrie Underwood and Santana. Ori will be present at PRS Guitars’ winter NAMM Performance Room 210B and will do a half hour-long signing that will start at 2:30 on Friday.
← Back To Blog