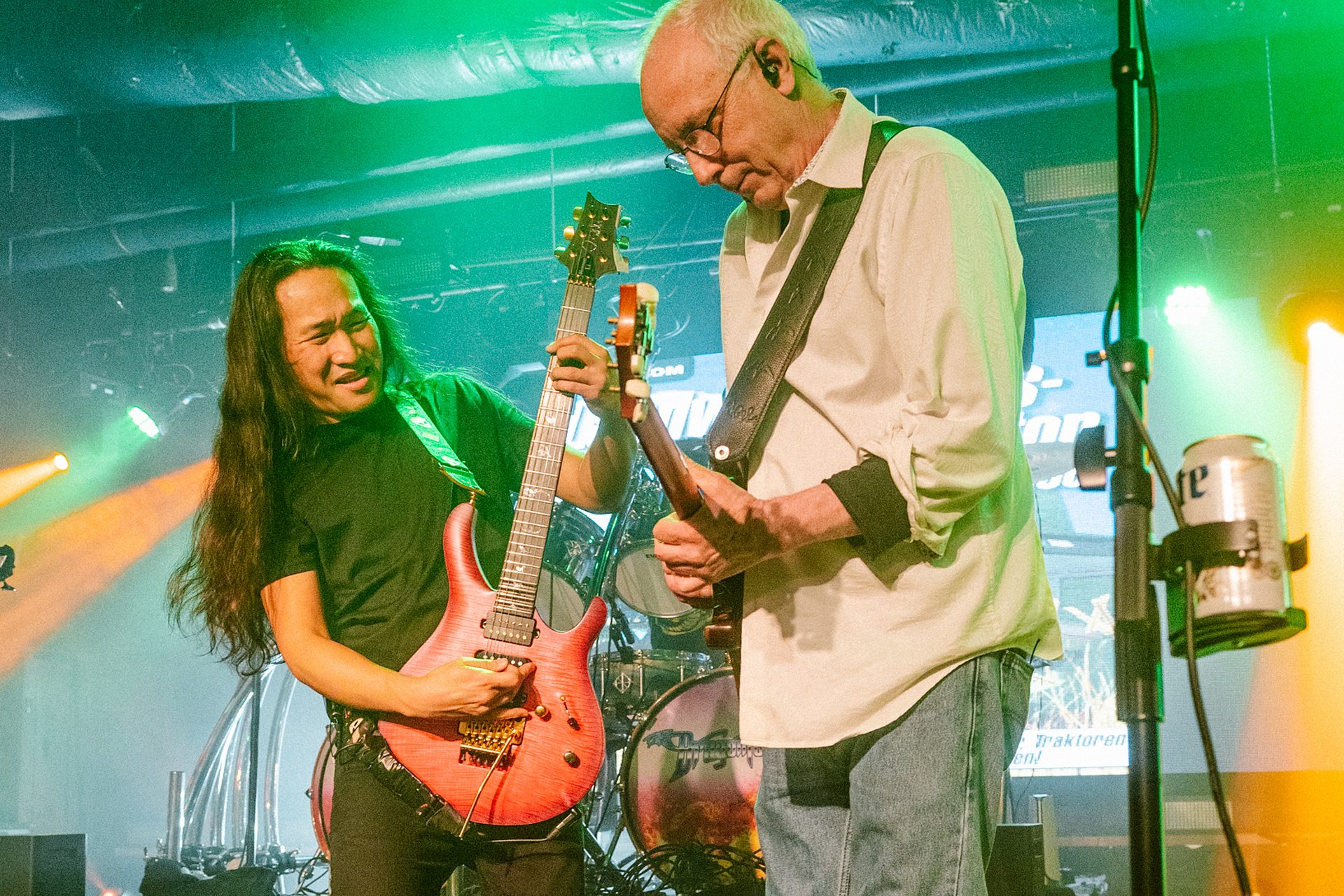 DragonForce, the reigning kings of digitized power metal recently passed through our neck of the woods on the North American leg of their 2022 tour. Attendees of their April 7th gig at the Baltimore Soundstage were treated to a surprise cameo by our very own Paul Reed Smith!

About halfway through the set during a lull in the chaos, Herman Li took to the mic to introduce the “Maryland legend” to a genuinely shocked and enthusiastic crowd. Meanwhile, Sam Totman emerged from stage left clad in a straw hat and overalls, armed with a five-string banjo. Paul, Herman, and another local guest guitarist Kojo Kamya, proceeded to trade licks overtop of a blistering bluegrass arrangement based on “Randy Lynn Rag” by Flatt & Scruggs. Despite the audience chanting “Paul Reed Smith!” afterwards, Paul did not return to the stage for the “Through the Fire and Flames” encore, nor did he mount either of the oversized arcade machines that flanked the stage.