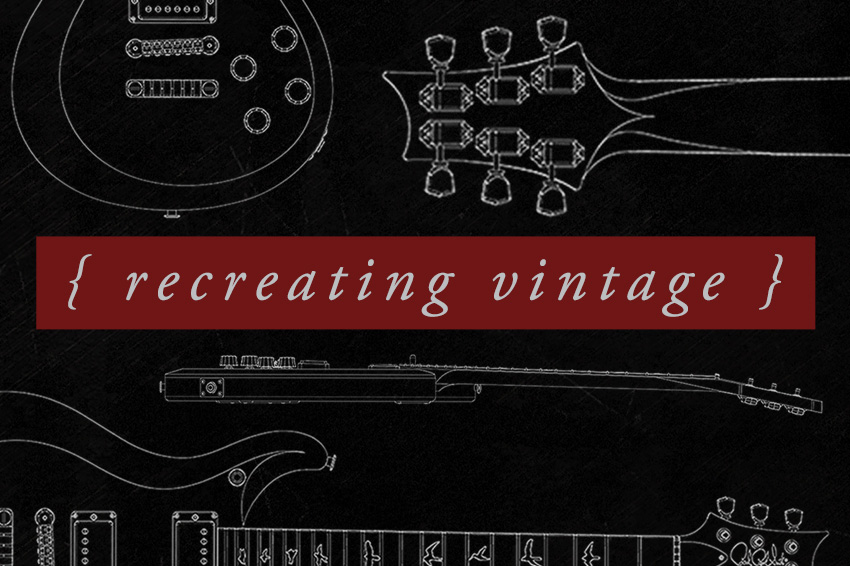 Here at PRS, when we use the term "McCarty," we hope to immediately convey a certain style, feel, and sound in the guitar. To understand what we mean, it helps to know a bit of the backstory between Ted McCarty and Paul Reed Smith.

The journey begins with Paul Reed Smith’s fascination with the 'golden era' of guitar building, considered by many to have been in the late 1950’s and early 1960’s. During this time, a man by the name of Ted McCarty was a pioneer of the electric guitar and the musical instrument industry. He served as vice president of the Gibson Guitar Corporation in 1949 and later as president from 1950-1966. McCarty was responsible for a number of patents and innovations including the humbucking pickup, Explorer, Flying V, SG, and Firebird to name a few.

Throughout the late 80's and early 90's, Paul called on Ted to consult with him on various guitar design and production techniques and in 1994 a new guitar model was introduced by PRS in honor of Ted we named it the McCarty. This guitar became Paul’s tribute to Ted and a tangible way to pay homage to Ted’s legacy of innovation. The McCarty model incorporated the full spectrum of techniques and knowledge Paul had gained from Ted as well as his own experiences as a guitar builder. 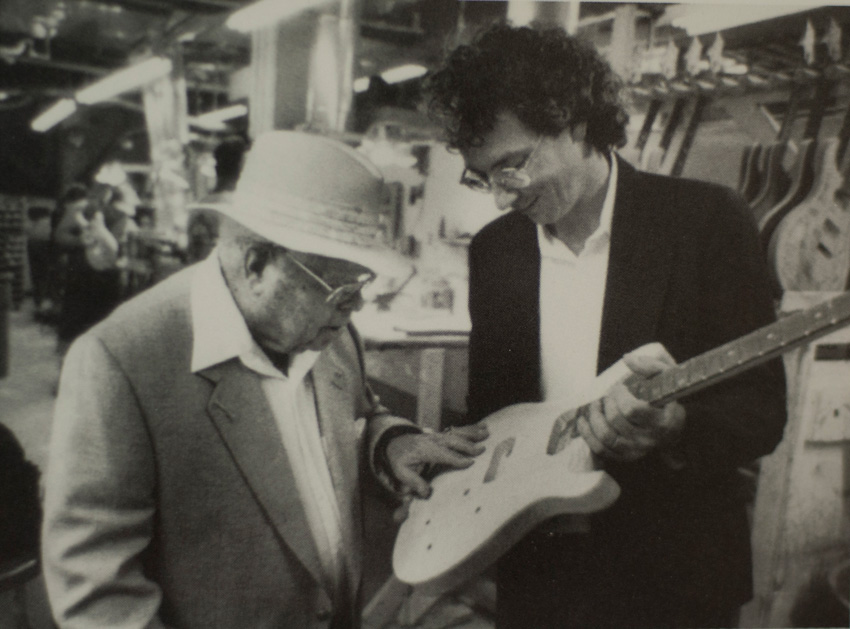 Today, we look back at the original McCarty model and Paul's relationship with Ted as a catalyst of innovation and exploration for Paul and our team at PRS.

Vintage inspired with the modern reliability and playability you need to do your job as a musician.

For 2020, we wanted to bring the spirit of the McCarty instruments to the S2 family and released three S2 McCarty 594's. 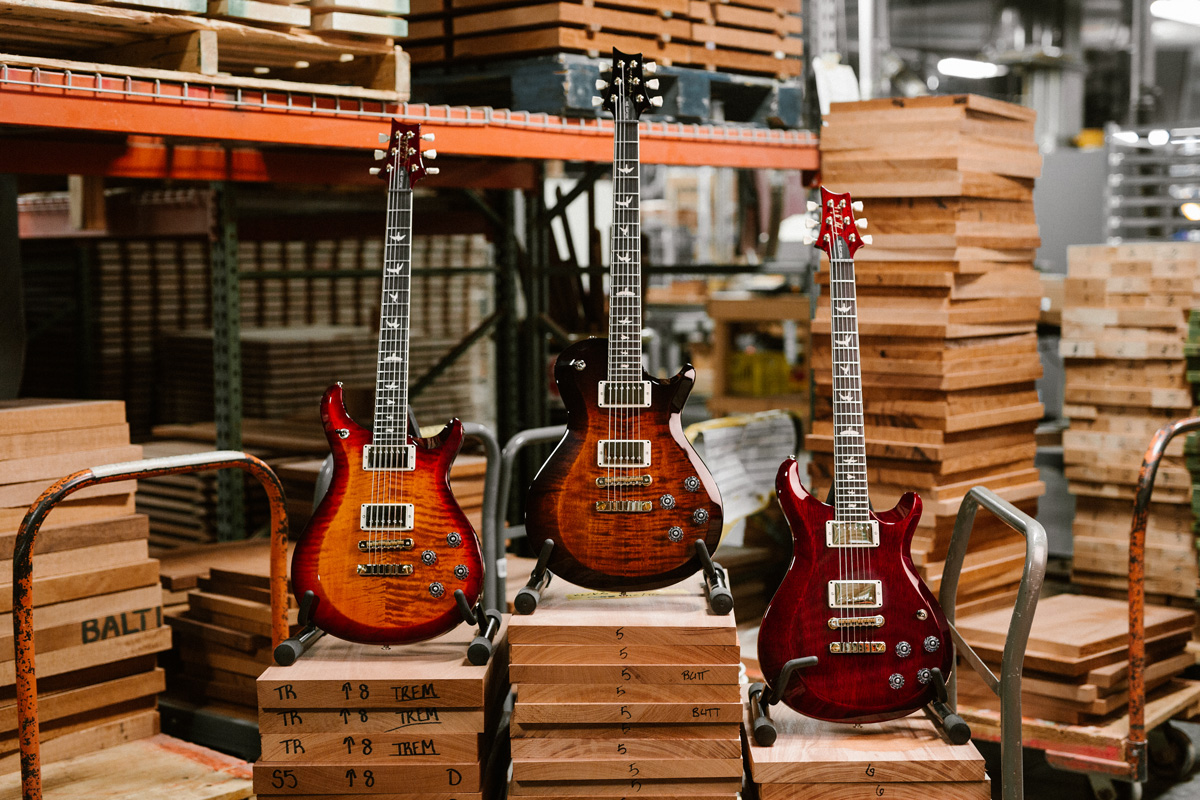 Developing an entirely new guitar, let alone three of them, is no easy task. It takes a village to pull it off paired with a significant amount of communication, dedication, and vision. To help tell the story of bringing our McCarty 594 instruments to the S2 line, we interviewed two key PRS employees who were particularly involved in this project. 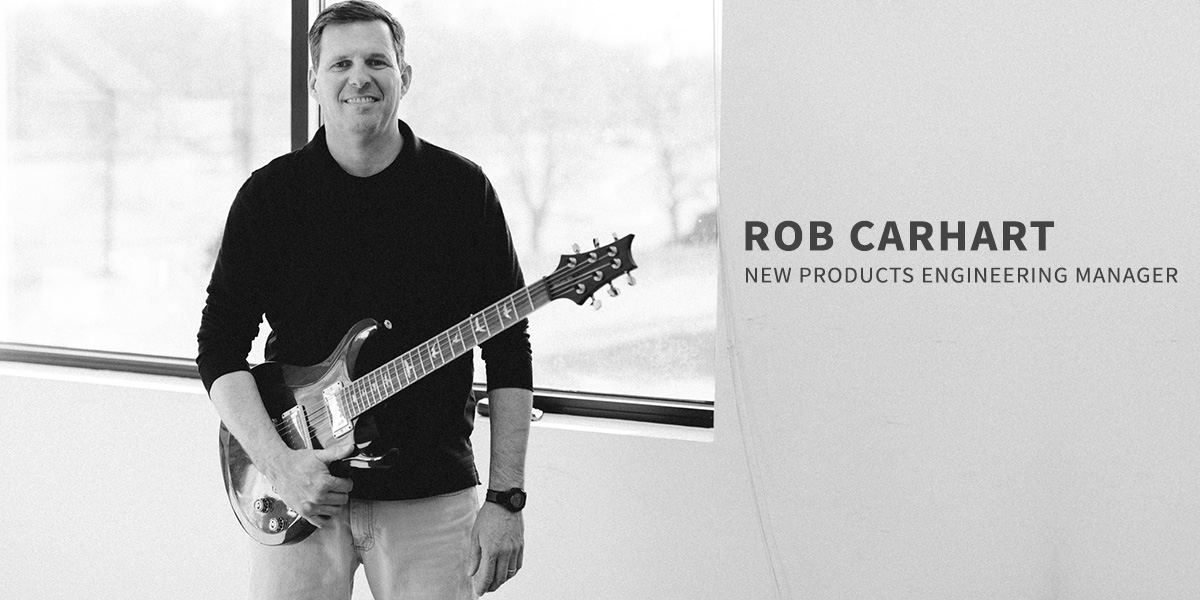 Generally, what is involved in the process of creating a new instrument at PRS?

ROB: We have a product development team here at PRS that consists of our senior management and directors group. Paul is on this team and is often a driving creative force on our concepts. The group considers ideas, refines them, and ultimately decides whether we should commit resources to making prototypes. Our engineers will get to work designing and tooling up for us to manufacture the prototypes and the team will inspect and continue modifying and improving the design. Ideally, we will get the prototypes into the hands of a few artists to get some ‘real-world’ feedback.

From an engineering standpoint, how do you approach creating a new ‘vintage’ instrument like the S2 594’s?

ROB: It helps to look at the elements that comprise a vintage instrument or “vintage tone” and break them down part by part - it also helps that we have a template to look to in our core McCarty 594. Take the bridge for instance, the bridge on the S2 594’s is the same two-piece bridge we use on our Core McCarty and Private Stock McCarty instruments. It’s the same bridge we sent to Howard Leese or John Mayer to play-test our McCarty models. There are parts that Paul and our team won’t make compromises on because we know the materials make a big difference to the player and their final experience with the guitar. 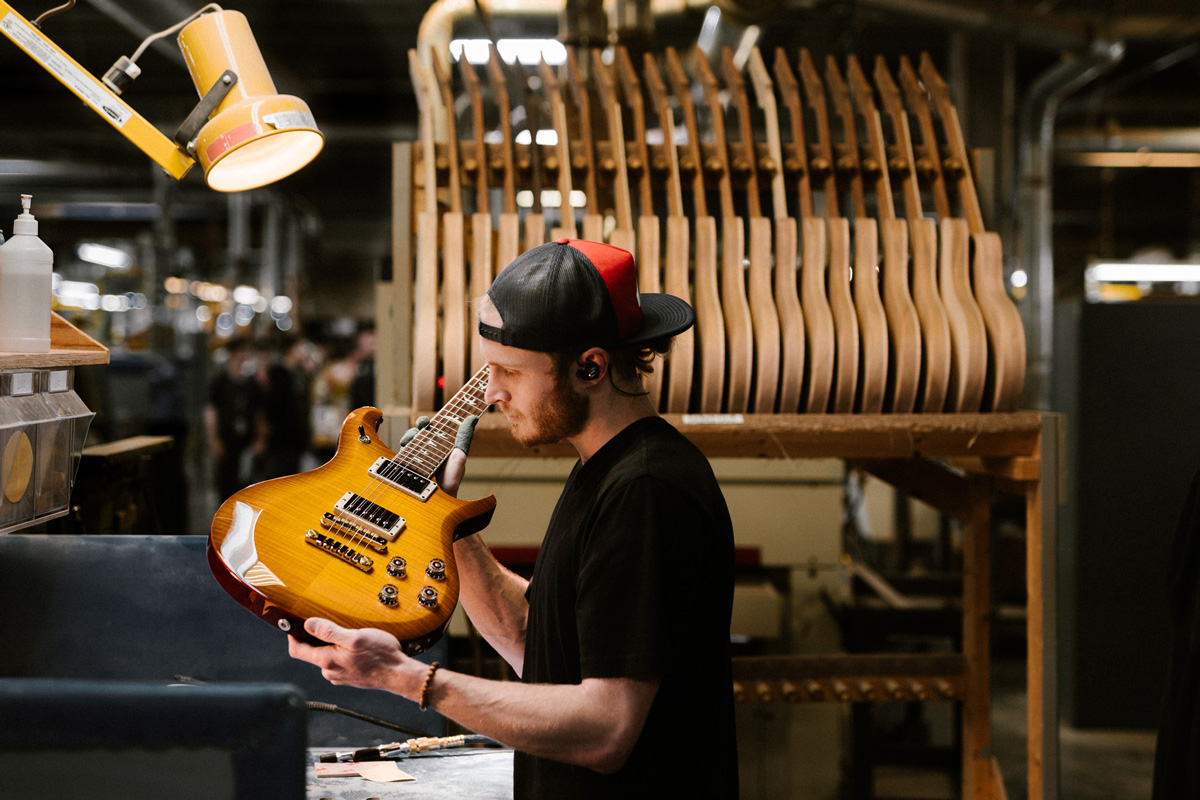 ROB: In the design of the S2 594’s there were elements that Paul felt strongly about recreating - which meant there would be a few “firsts” in the S2 lineup. One was the Pattern Vintage neck carve, rather than using an existing S2 carve, we felt that the Pattern Vintage neck was an important element to the feel of the original McCarty 594 so we wanted to continue that. Another is the 24.594” scale length which is exclusive to the McCarty 594 lineup.

We also have vintage tuners, a bound neck, the unique 594 electronics configuration, two-piece bridge, and an all-nitro finish.

ROB: Paul held this project and its pickups very dearly because of the McCarty namesake — to have his name on the headstock, the sound had to meet our standards.

With our price point goal for these instruments we needed to utilize our in-house pickup builders for the design, but look out of house for the production.

We spoke to our S2 pickup builders and requested all of the individualized pickup components that we could get our hands on. In-house, we built dozens of prototypes using the components until we were thrilled with the results. 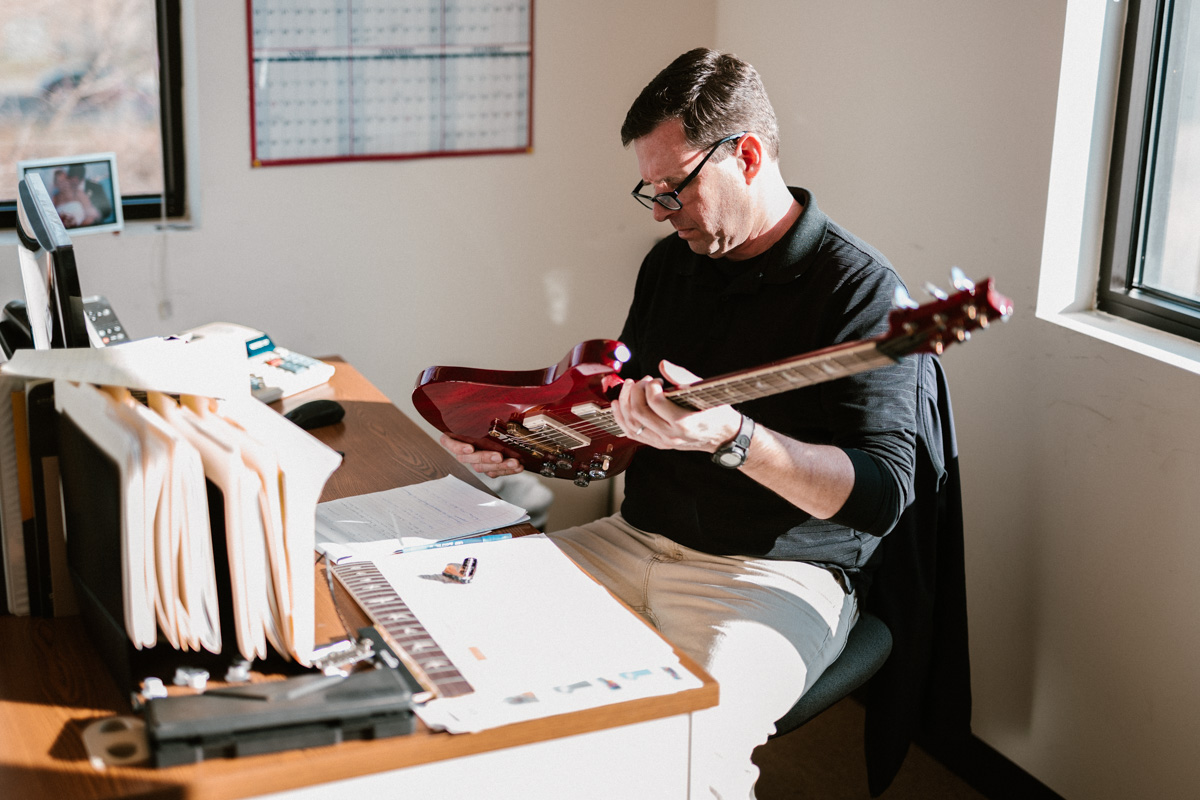 How long did the process take from conceptualizing the idea to being production-ready?

ROB: Nearly two and a half years since we first began talking about it, I know that seems like a long time, but it’s not all “hands-on” time and it takes a while to get everyone to agree and approve the design - especially Paul Smith and our managers. The 594 had so many firsts in the S2 line that we had to create a lot of new modeling, programming, and fixturing.

I will say, when we made the first prototype with this 24.594” scale length on the S2 body, there were plenty of smiles in the room.

How do you refine the final product through R&D? What are you looking for?

ROB: Once we lock down the design with the product management team, we like to have several prototypes. Once the tooling and fixturing is online, we do a pilot run, not full production, but maybe 50 / 100 units and have those run through the factory.

We then have a production and engineering / management discussion about challenges and where to improve production. From rough cut operations to machining, body/neck assembly, final assembly, and setup. There is a refinement period after that pilot run, and we make sure we are yielding the quality our customers expect.

I’ve worked with Paul for almost three decades now, and his concern for the customer “getting their money’s worth” is legitimate. He will often say things to me like, “Rob, what would you do if it were your company? Would you be happy with that?” As long as I’ve known him, he really cares about the player. 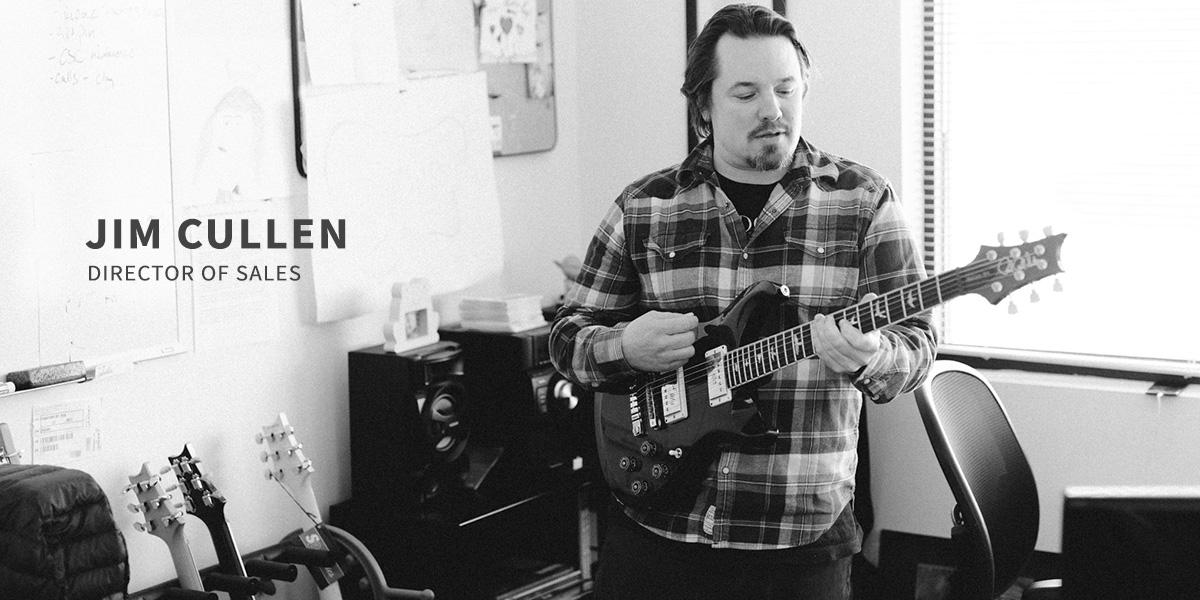 Why do you think players turn to vintage instruments?

JIM: The market sort of determines what is vintage, and what years classify ‘vintage,’ it could be the 50’s, 60’s, even 80’s instruments. I think players are used to seeing artists in iconic bands play their favorite songs on these old guitars and it’s cool. For other guitar brands those vintage guitars were considered the golden era of guitar making, for PRS I think that time is now.

Why bring a vintage-inspired product like the S2 594’s to players?

JIM: Reliability. We wanted to take the desirable aspects of vintage guitars and make the features more consistent and playable. And at the S2 price point, its a great feature set. 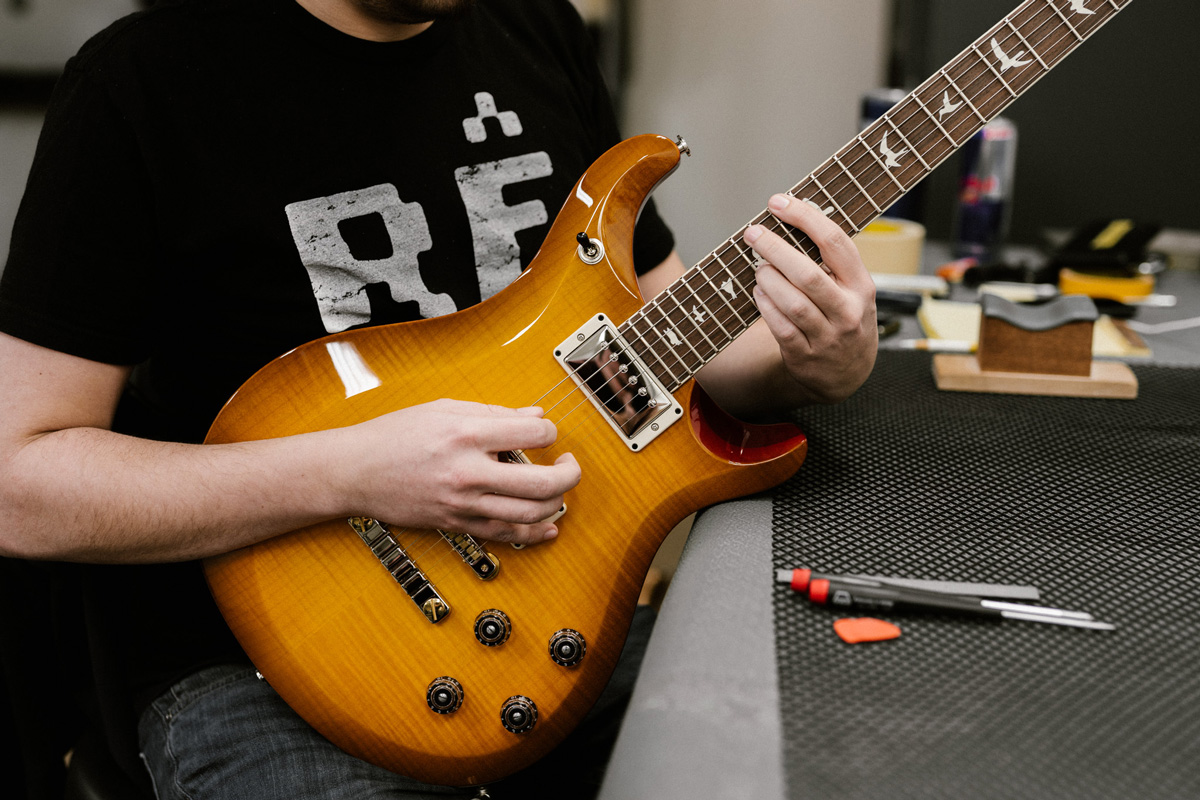 What separates them from a core McCarty?

JIM: I look at the S2 manufacturing process like a sanding process vs a sculpting process on Core. The S2 guitars have a similar vibe and set of specs when compared to the core 594’s (which are amazing guitars), but not everyone has the money for them. To have a broader audience be able to experience what we have to offer through the McCarty family is cool. We wanted to spread the love around.

JIM: This is something that Paul has been wanting to do for years and years, but it takes a lot of planning, testing, resources, redesign of processes, and hard, hard work to make a change like that happen. For 2020, we switched our entire core production to NOC, and we’re working through all of our products now to get everything in Maryland switched (with the exception of Private Stock). It is part of the evolution of our company. The nitro is more organic. It’s very clear, and it feels different - it has more drag in your hand and might feel a bit more familiar to players that are used to playing vintage instruments. 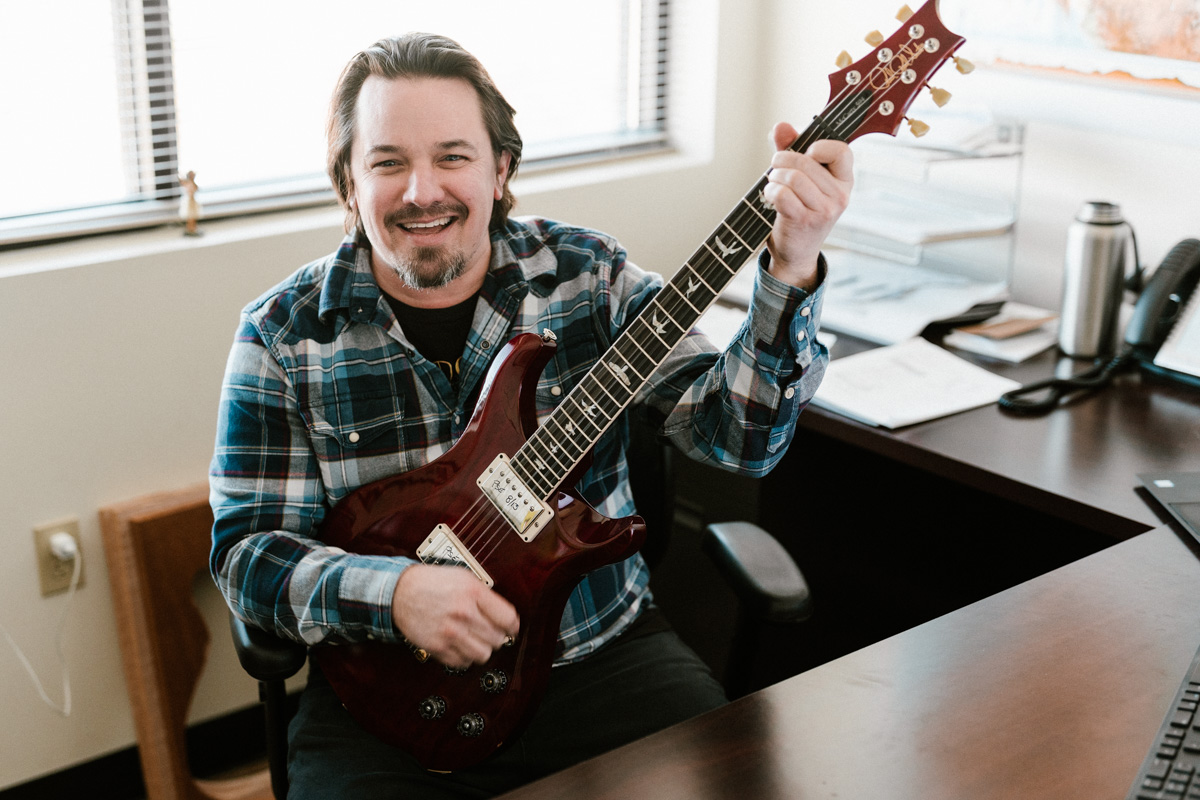 How do you know if a new design is going to succeed?

JIM: The process begins when I’m talking to dealers and looking at the future: what guitars are dealers ordering, what is selling-through, and what is the market saying? The core McCarty was crushing it, but its price point was a limitation to some people. We knew the S2 McCarty 594 would succeed if we could make it right and make it available to a wider group of people that could appreciate the feature set and specs. I’m pleased to say its reception has been overwhelmingly positive.