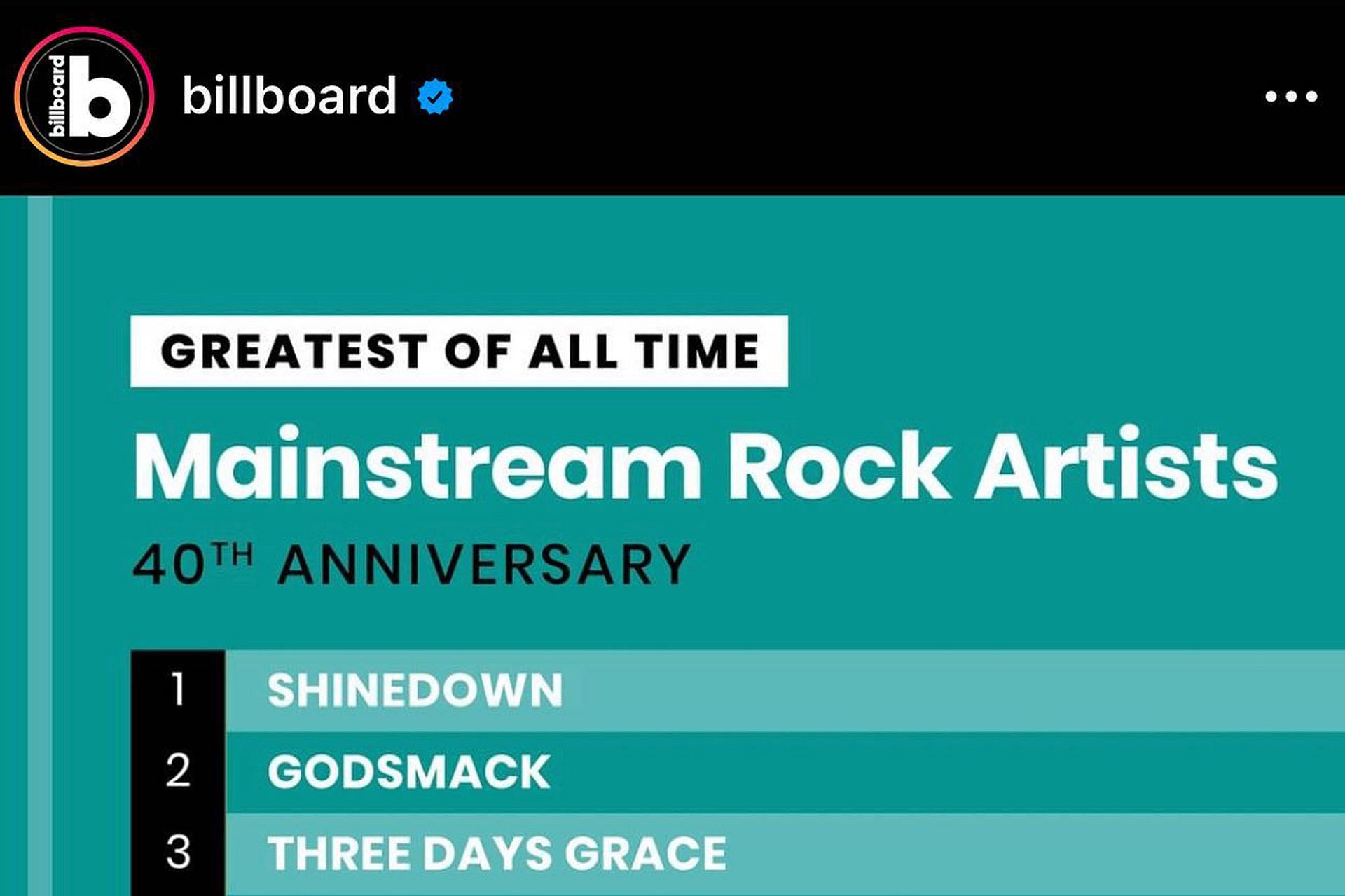 Congratulations to PRS Signature Artist Zach Myers and the rest of Shinedown who are now officially reigning as Billboard’s all-time greatest mainstream rock artists. Throughout the course of their career together, the Florida based quartet has managed to rack up an unprecedented number of singles charting in the mainstream rock category. Shinedown’s debut single "Fly From the Inside" peaked at number five back in September 2003. In the years since, the band has seen all twenty-six subsequent singles break into the top five, including a chart-record sixteen number ones! Let that sink in, for almost twenty years, every single they have released has been a hit with nearly two-thirds reaching number one.