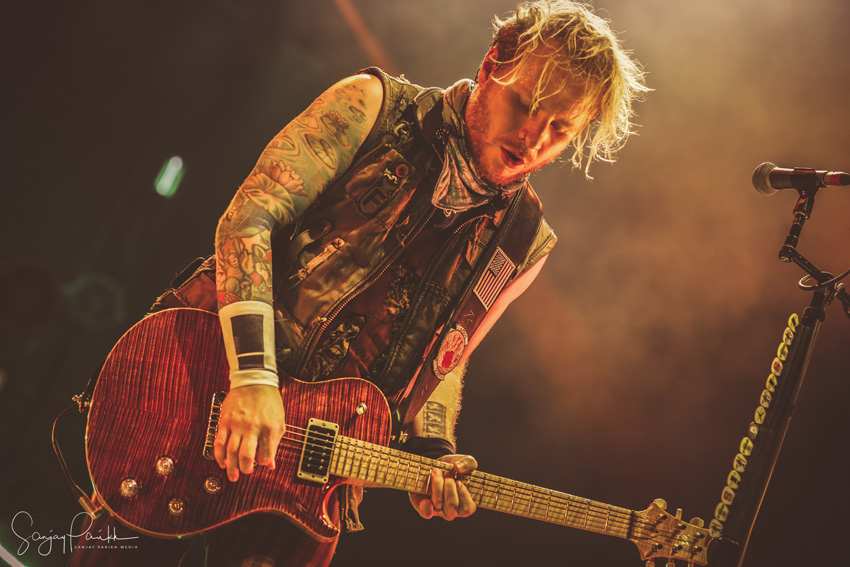 This is the 39th year Billboard has been charting the top Mainstream Rock Songs, and Shinedown just tied for the most number 1's in the category.

Here's the song that helped them tie Three Days Grace for the top spot, check out PRS artist Zach Myers playing a Silver Sky in the band's music video for "ATTENTION, ATTENTION:"

About this accomplishment, Shinedown guitarist Zach Myers had this to say, “I’ve had a few 'bucket list' type items in my life come true: my own PRS guitar, my own Air Jordan, but I never thought topping Van Halen for the most Rock #1’s of all time on Billboard was on that list until this happened. It’s truly an amazing feeling and thank you to everyone involved.”

Here's the full list of bands with the most No. 1s in the Mainstream Rock category:

10, Tom Petty (solo and with the Heartbreakers)