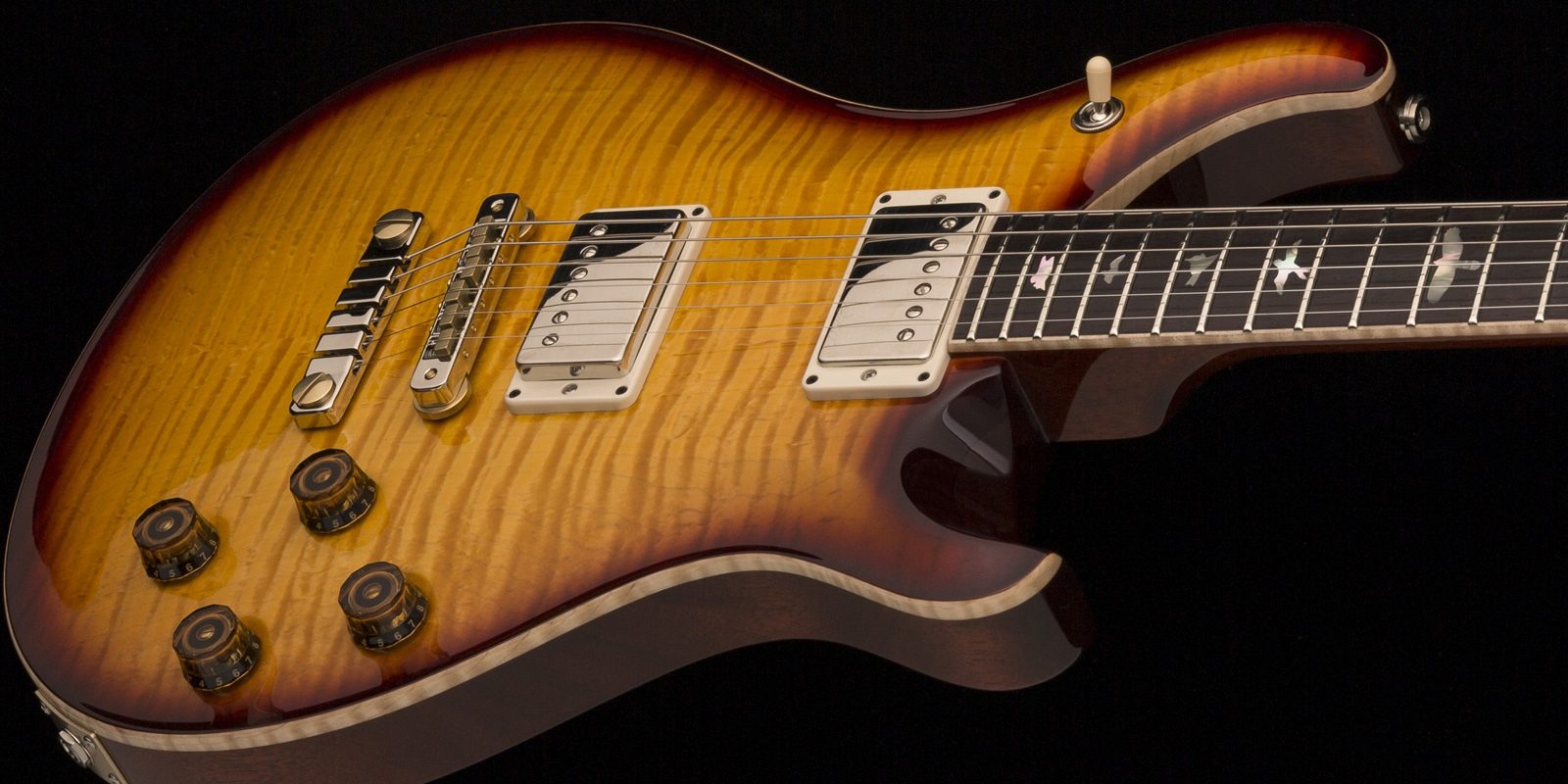 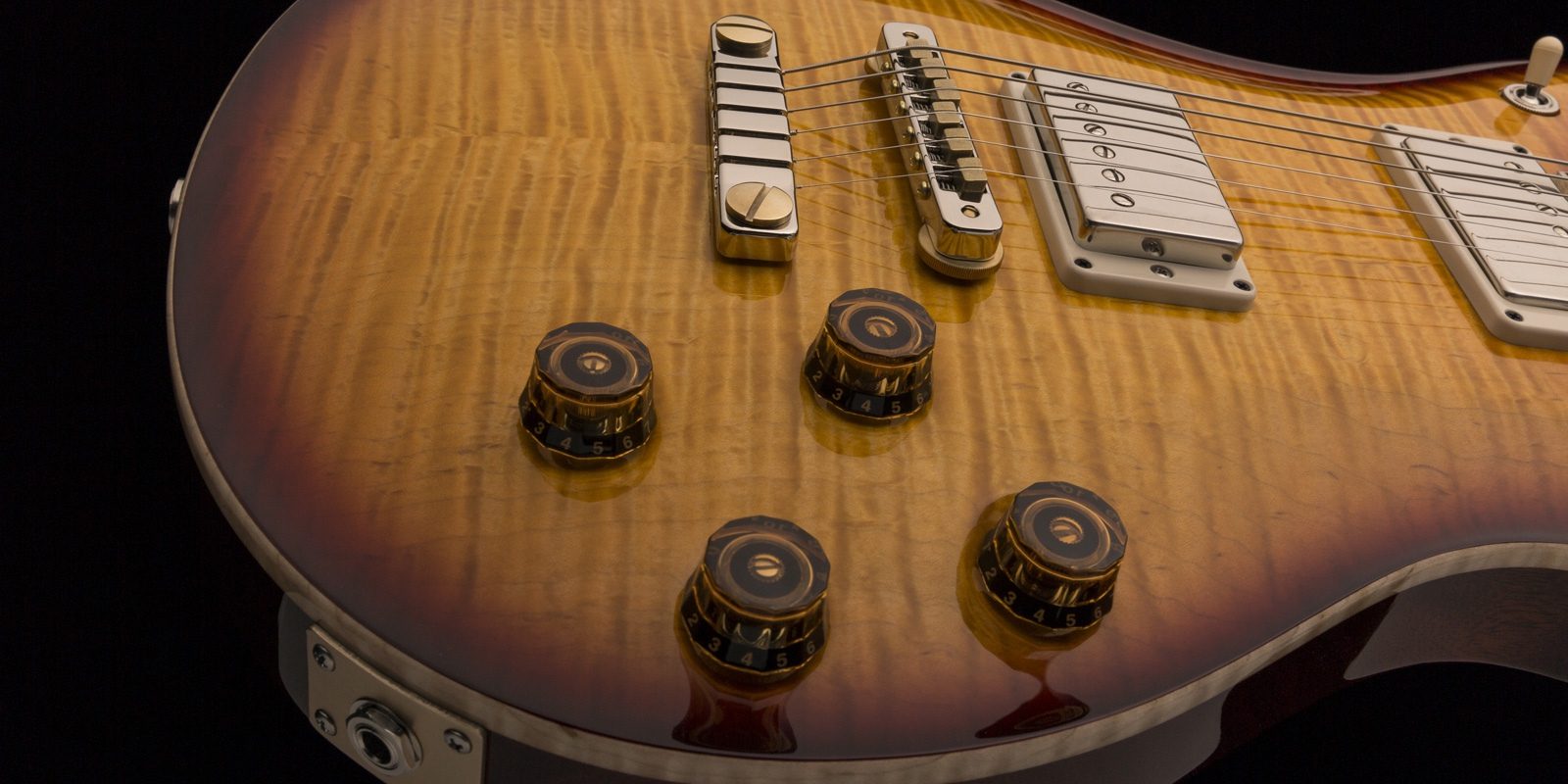 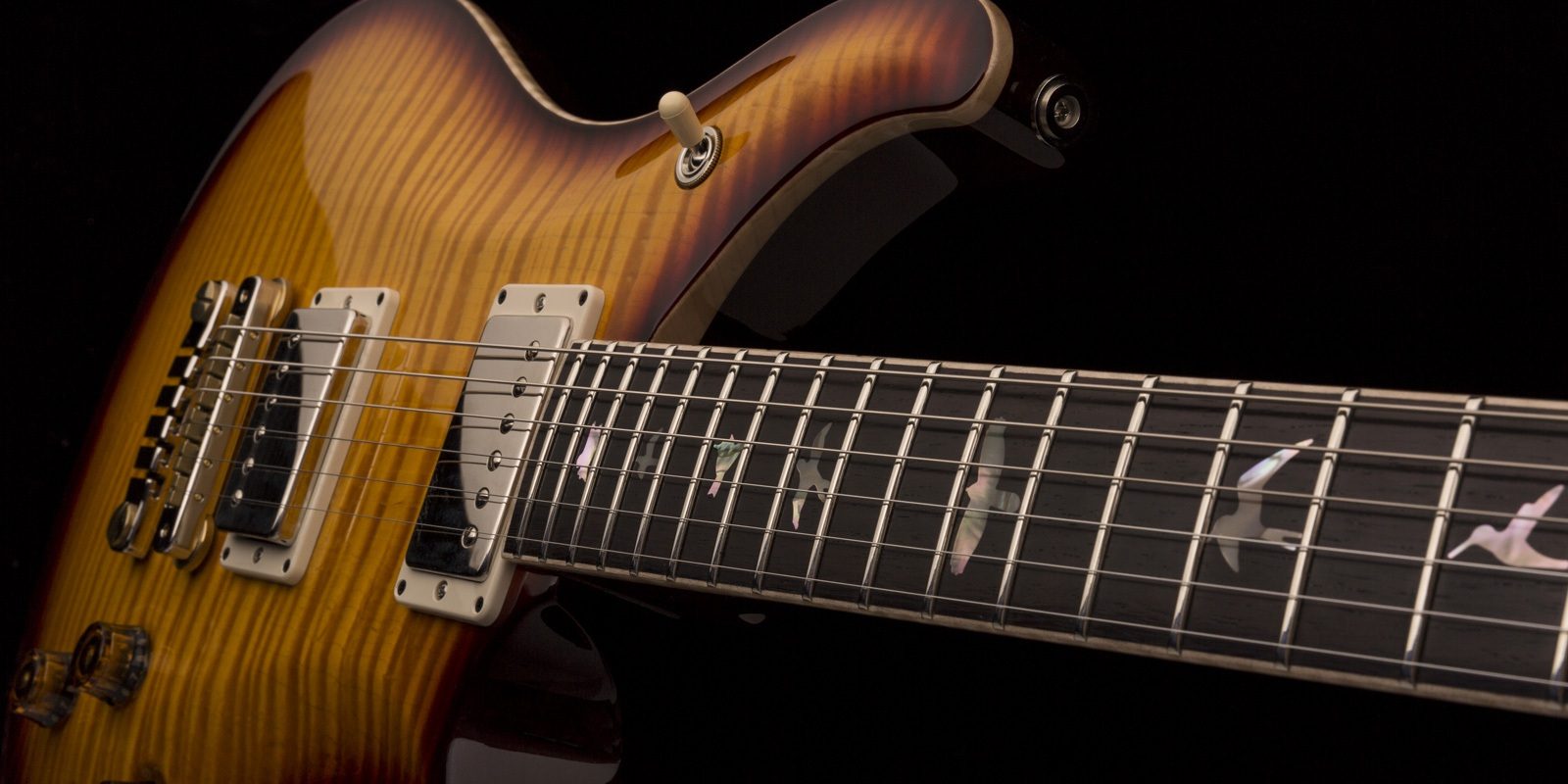 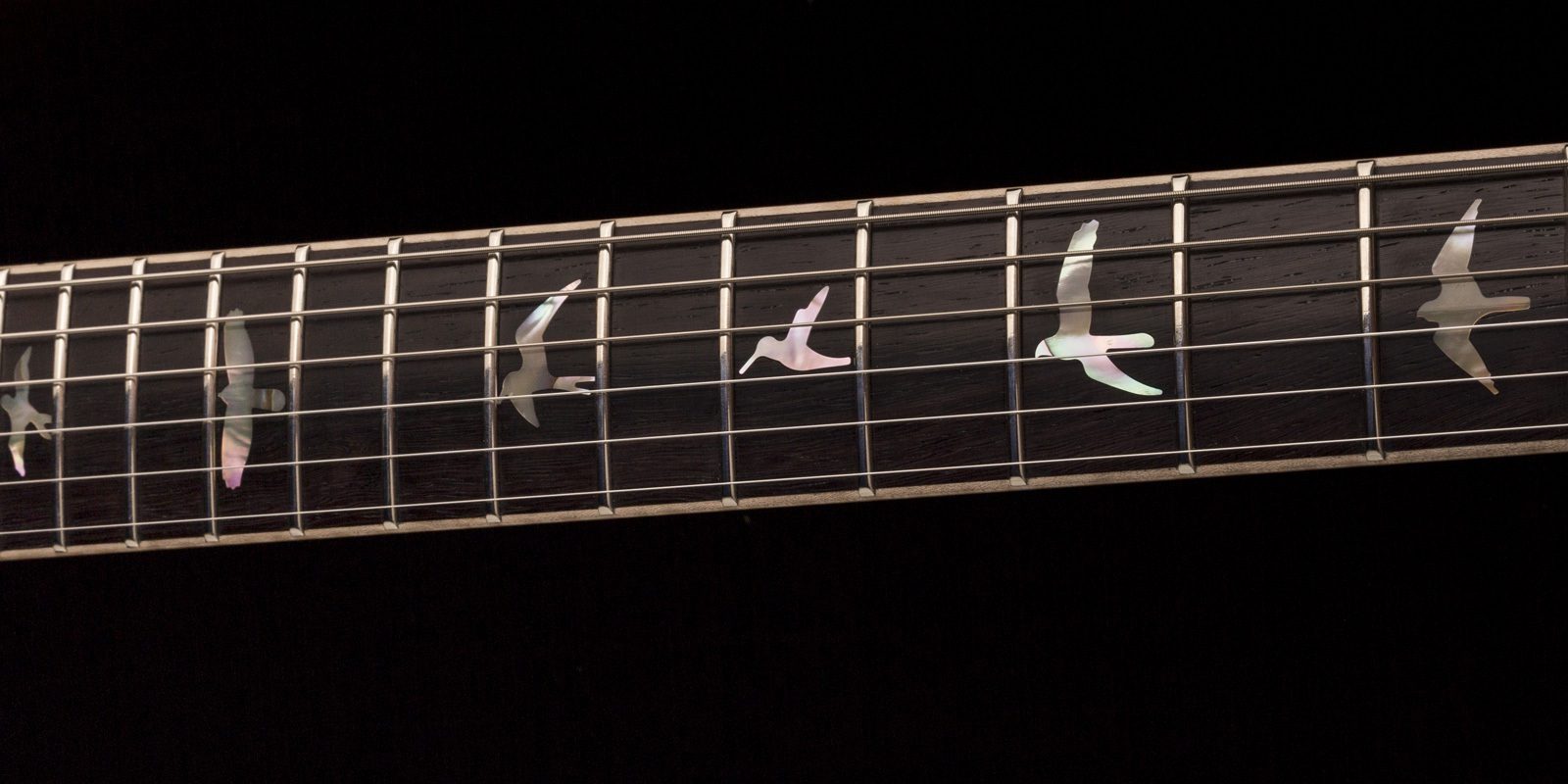 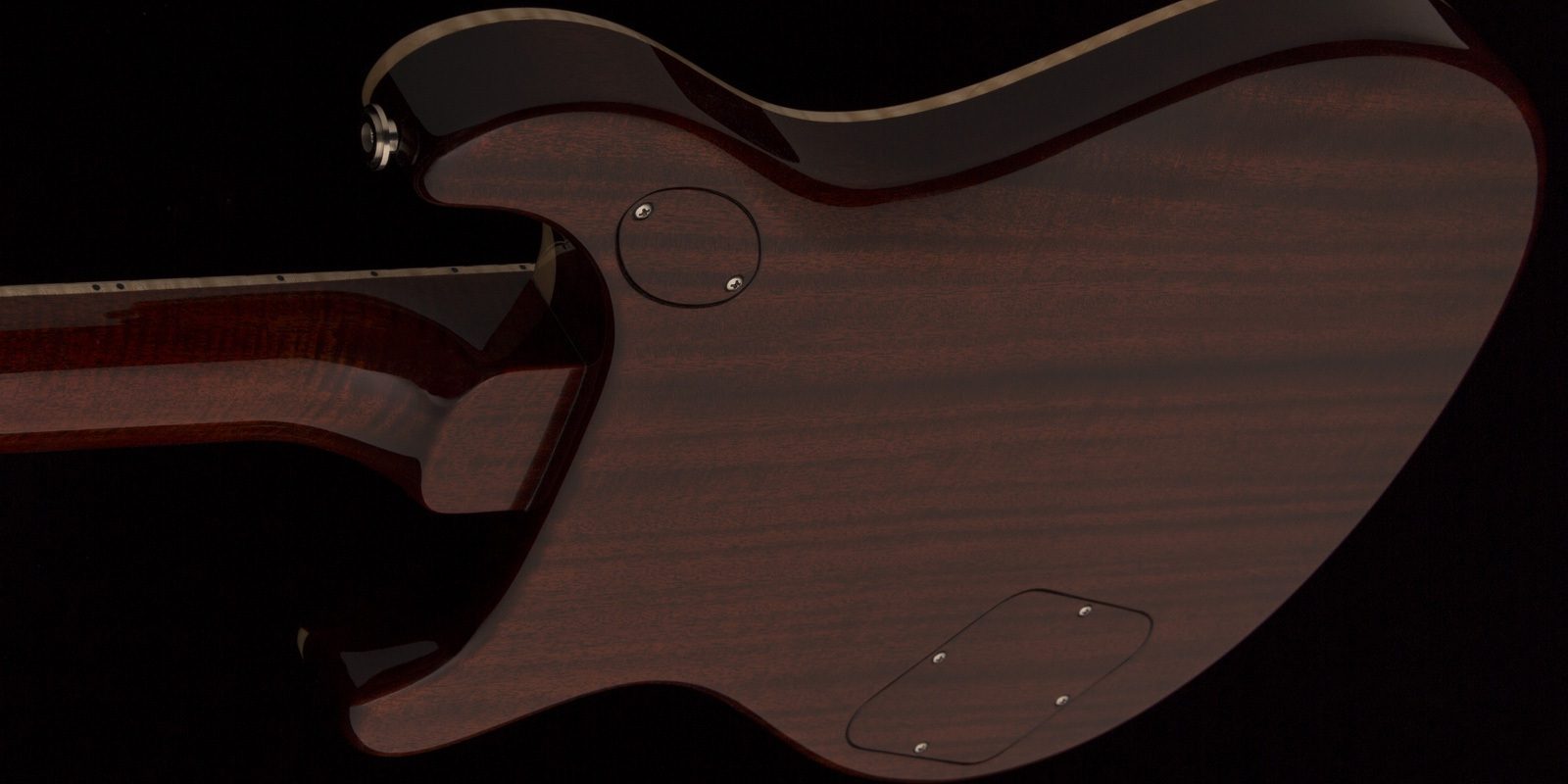 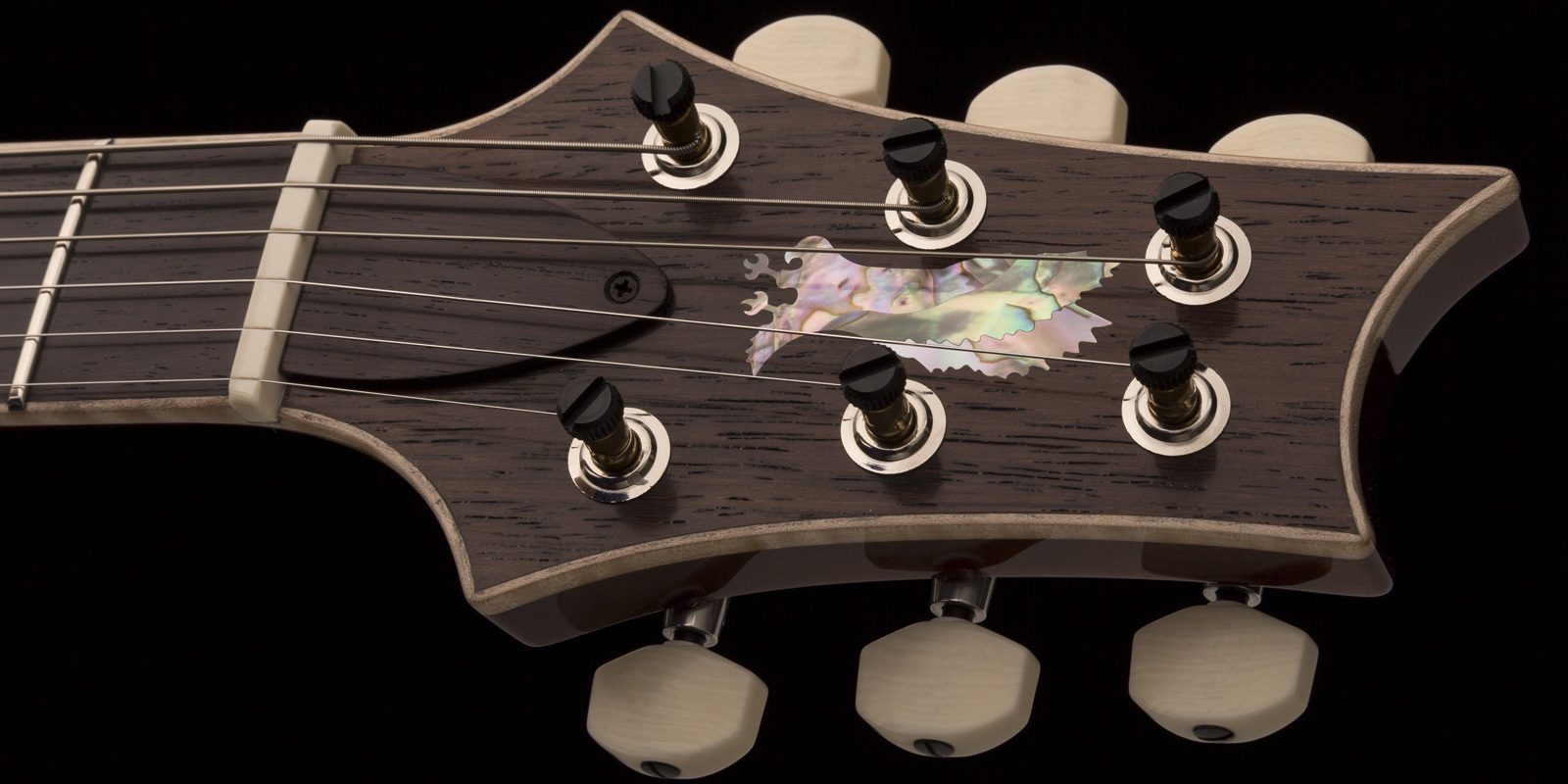 PRS Guitars was recently able to purchase more than 150 curly maple tops from the outskirts of a Graveyard on top of a mountain on the East Coast of the USA. The Gravestones were dated around 1884, and the trees were clearly at least that old as they were forty feet to the first limb. The trees were logged in 2017, and the tops very closely resemble the wood used on guitars coming out of Kalamazoo in 1959. Paul Smith said it appeared to him to be some sort of sub-species of “Michigan” red maple, but with more thought it may just be the age of the tree. Regardless, these are Private Stock quality tops with medium wide to wide curl and extraordinary flame that has an iridescence to it.