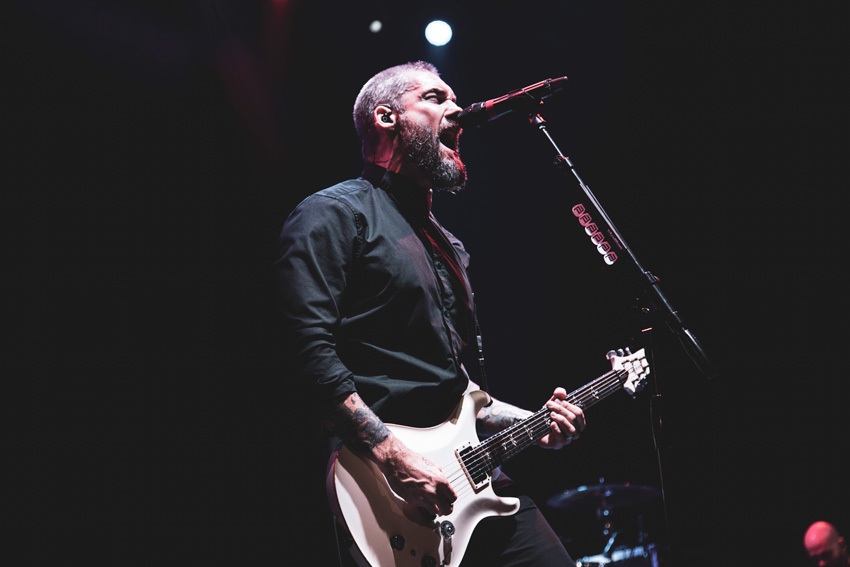 Clint Lowery and company are back as Sevendust release Blood & Stone, their thirteenth studio record. To commemorate its release the band will be hosting a special livestreaming event the same day the album drops - Oct 23rd.

The livestream will be your only chance to catch Sevendust performing live this year, so be sure not to miss it. Blood & Stone’s first single, a cover of Soundgarden’s "The Day I Tried to Live" was released earlier this year and dedicated to the late Chris Cornell.

Watch the video for "The Day I Tried to Live" below!

PRS: Blood & Stone is Sevendust’s thirteenth studio album together, how has the band’s writing process evolved over the years?

CL: I think we’ve become more efficient writers. With software, I’m able to construct fully arranged songs, drums and all to present to the band. Then we have a chemistry within the band that has gotten stronger over the years because we know how to give and take. To allow each other to flush out ideas.

PRS: The new album releases October 23rd, but the first song was available earlier, a cover of Soundgarden’s "The Day I Tried to Live". What inspired this tribute, and why did you select this song specifically?

CL: Chris Cornell and the others have always been one of those bands that moved the needle for us. There are tons of songs we have done where we say “let’s do what Soundgarden would do here” the actual track was suggested by Elvis (producer) and we made some adjustments to make it ours while keeping the spirit of the original.

PRS: What guitars and tunings were used during the recording of Blood & Stone?

CL: I used PRS baritones for the most part, few custom 22s. Tunings varied from Drop G#. To Drop B. Standard 7d tunings.

Listen to "Blood From a Stone" below:

PRS: Sevendust has a livestream scheduled the night Blood & Stone drops and a handful of Australian gigs confirmed for February 2021. Are there currently plans to add more dates in North America or Europe?

CL: The livestream is the only thing I know will play out. It is very hard to tell what is going to happen and when right now. So, I’ll just say, when it’s safe we will play shows. North America/ Euro/Aussie. But for now, we take it day to day.

PRS: It has been a busy year for you, having released both a debut solo record, God Bless the Renegades and a follow up EP, Grief & Distance. Are you working on more solo material while Sevendust is active?

CL: I started writing music for a follow up to my solo record today actually. I would like to have it totally written by the end of the year. Maybe Spring? Super excited to do it. It’s going be something special and pull out the old chops and focus on riffs, soulful vocals, tribute to my parents who had that feel.

Exclusive Blood & Stone merch including signed limited editions of the album on vinyl are available on Sevendust’s website.