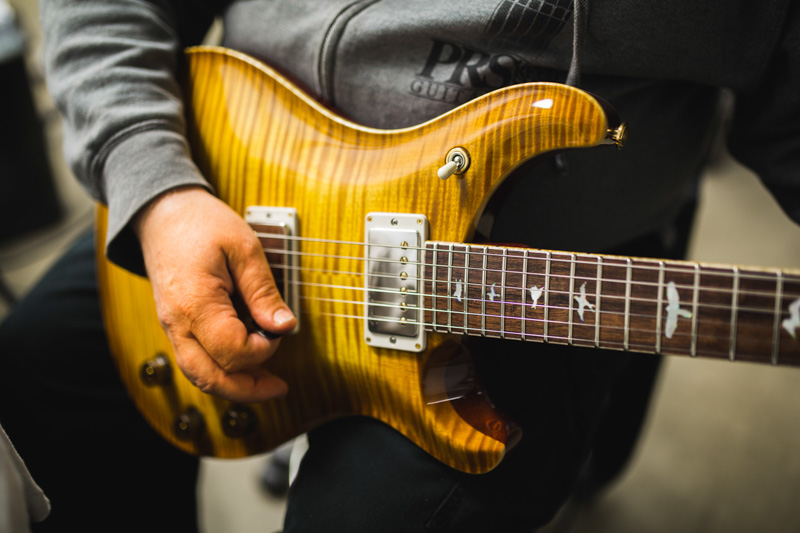 2015 was the year of our 30th Anniversary, and now that it’s behind us, we have a new exciting year to focus on, 2016! This year is special because it celebrates the 20th Anniversary of our custom shop, affectionally known as Private Stock. For this anniversary year, Private Stock is bringing back the “Guitar Of The Month” program - a new experimental guitar design will be released in small numbers each month of 2016! Learn more about the February Guitar Of The Month below!

We call the February Guitar Of The Month, the “McCarty 594.”

Most notably, we’ve put a 3-way toggle on the upper bout of our signature double-cutaway PRS body shape. For some players, this is just where the pickup selector should be!

That’s certainly not the only change this new design offers, here are some other differences:

- A 24.594” scale length, just slightly longer than our 24.5” and where the model derives its name.
- New “58/15 LT” pickups. LT meaning low turns, which give the 594 a sweet, lower-output tone
- 2 volume and 2 push/pull tone controls positioned so players can roll off both volume knobs at the same time, and with the added versatility of coil splits for more tonal options!
- A new Pattern Vintage neck carve. This neck carve shares the same width measurements as our Pattern neck, but is slightly thicker front to back and features an asymmetrical carve with a little less meat on the treble side, a little more on the bass side of the neck.
- Tweaked Phase III tuners that have an added set screw to pull the tuner’s shaft, gear, and worm together, but with the tuner button taken out of play, to promote tone transfer from the string directly into the guitar itself with as little energy as possible being detracted. 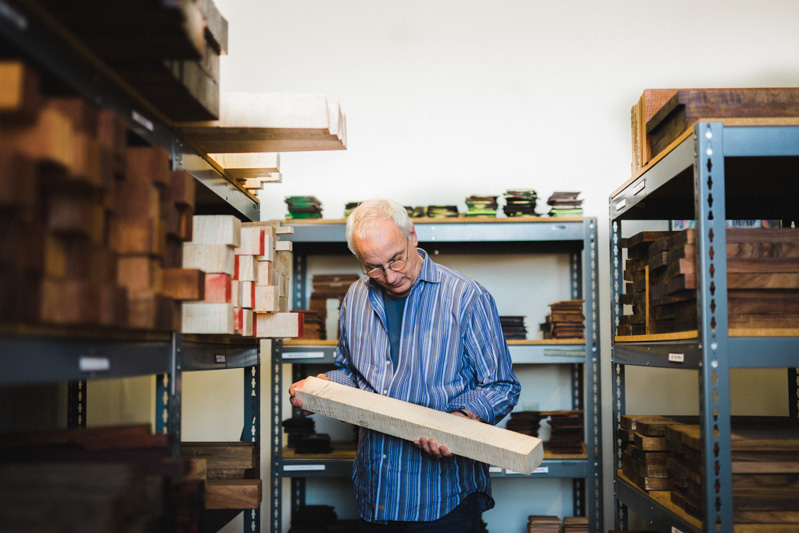 Our guitar design team led by Paul Reed Smith, believes the details incorporated into the 594’s design contribute in huge ways to the guitar’s tone and feel.

Artists are agreeing as well. Paul Reed Smith gave guitarist John Mayer one of the early prototypes for this model, here’s what John had to say:

“The 594 is the best new guitar I’ve played in years. It has a vintage heart and soul but without the technical limitations that usually come along with an old instrument. What good is an old guitar if you can’t get all that feel out of the upper frets, or the intonation is off?” John also made some remarks about the tone, “To hear that old PAF sound but be able to articulate the notes in a way that only modern manufacturing could allow is so exciting. This one’s going all over my new record, because it sits so nicely between all of the sonic identities we all know and love. And it plays like a dream.”

If you want to hear how it sounds, listen to the video below!

To get your hands on the McCarty 594, check out the dealer list at the bottom of the page. Only 26 of these Guitar Of The Month instruments will be available!

Just like every Private Stock from PRS, an incredible amount of attention to detail goes into the build process.

Below, check out some photos of the McCarty 594’s being built! 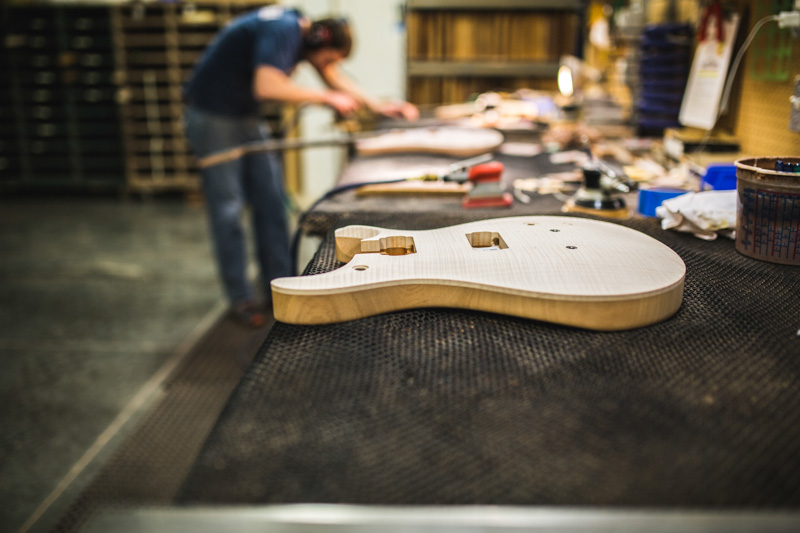 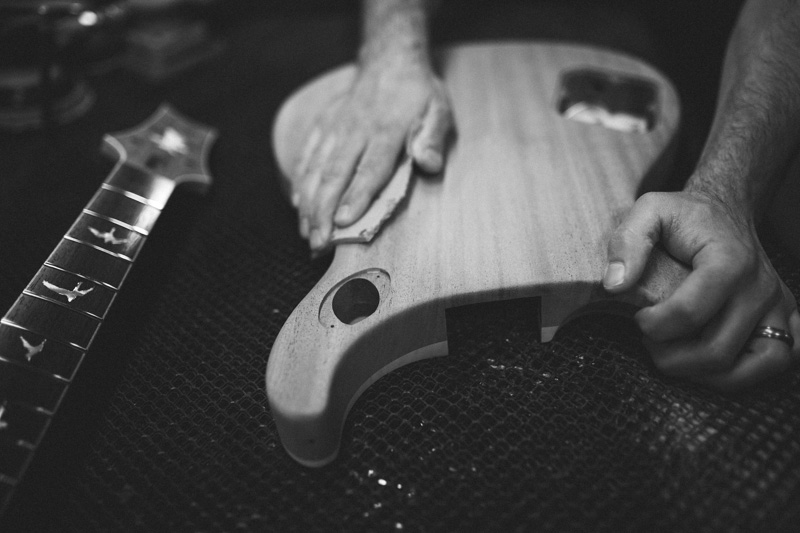 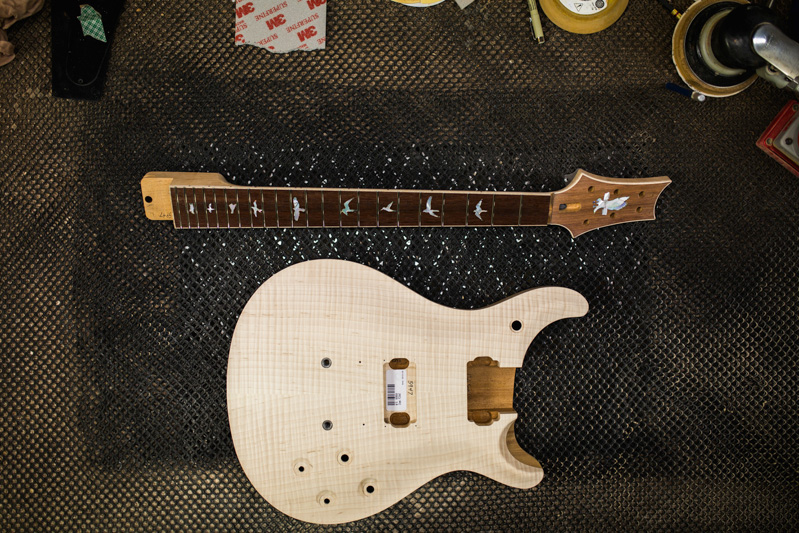 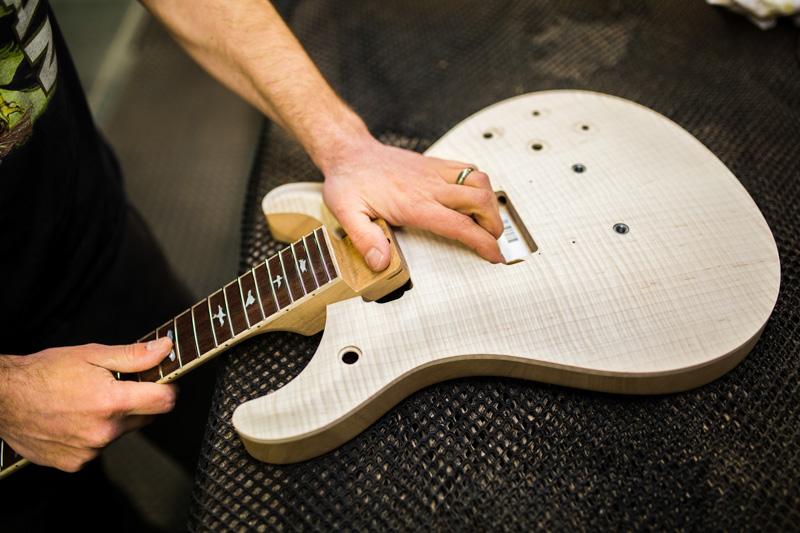 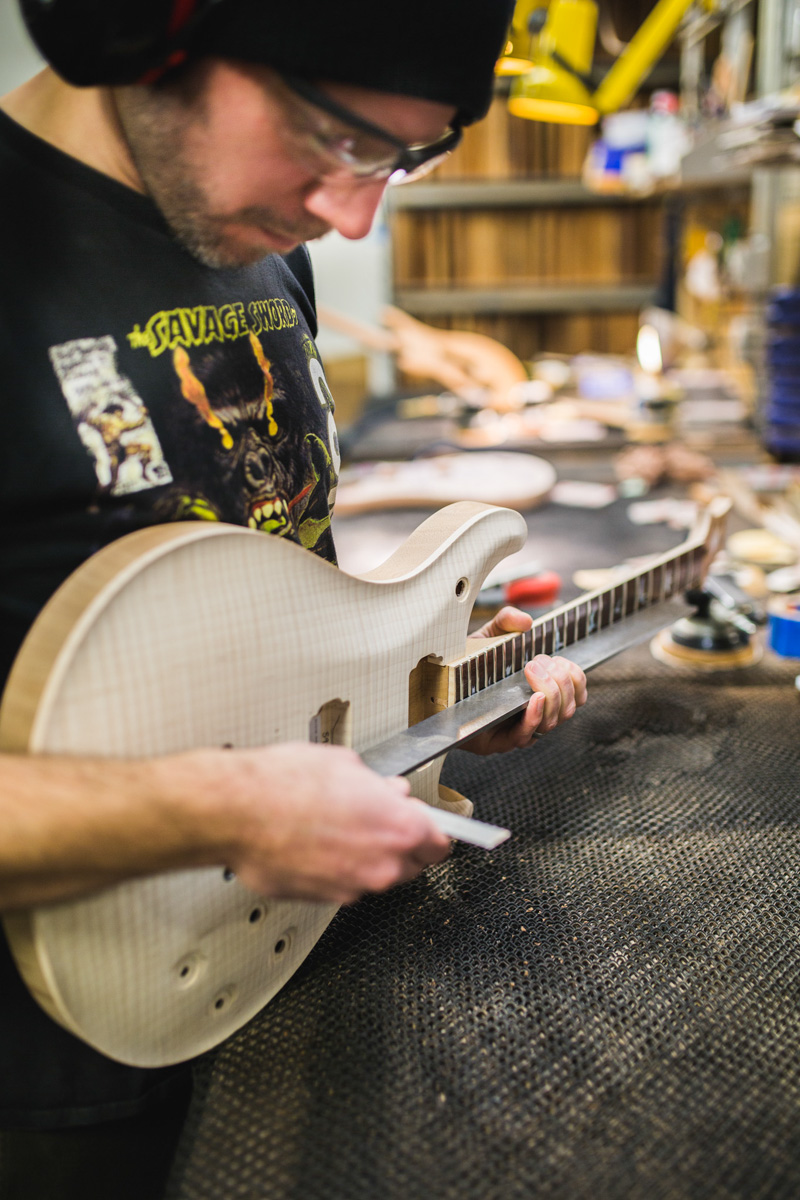 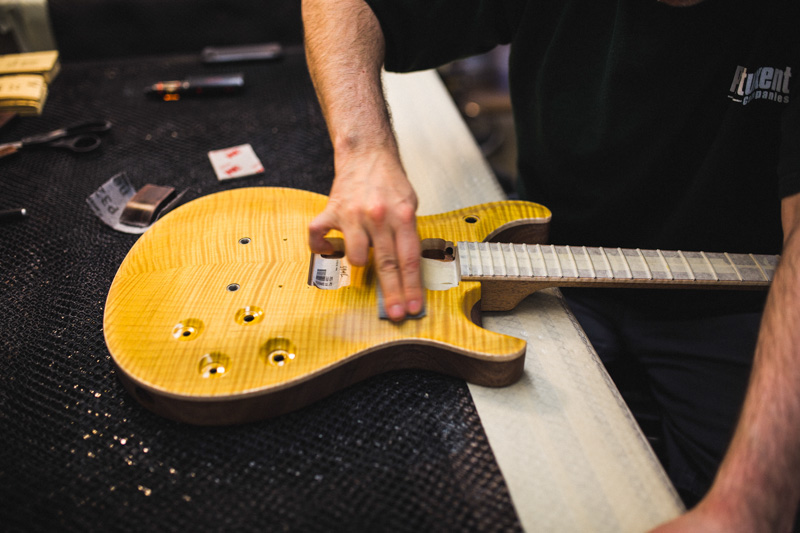 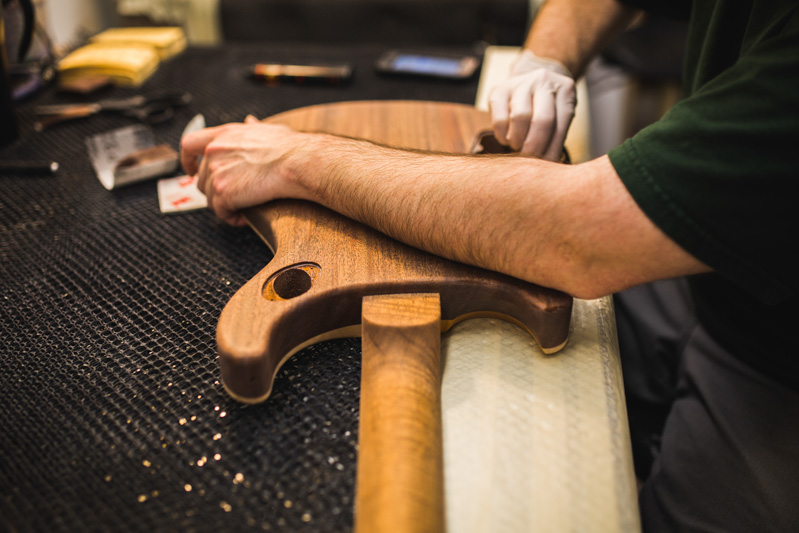 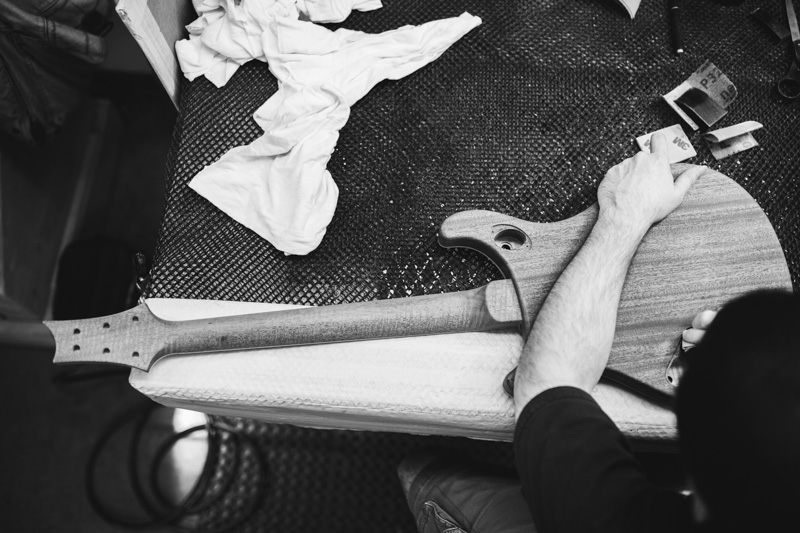 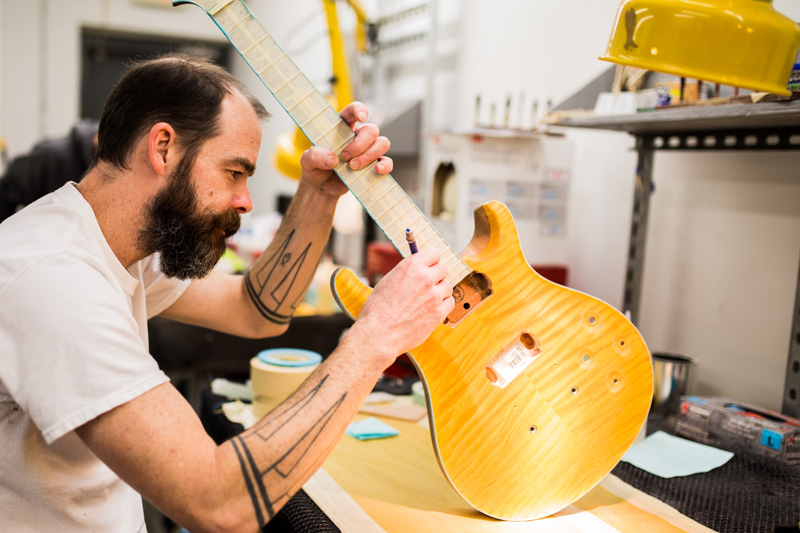 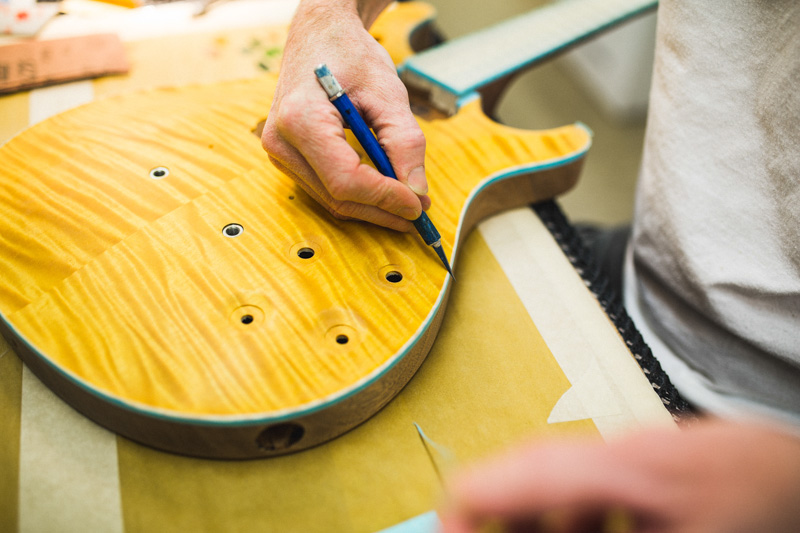 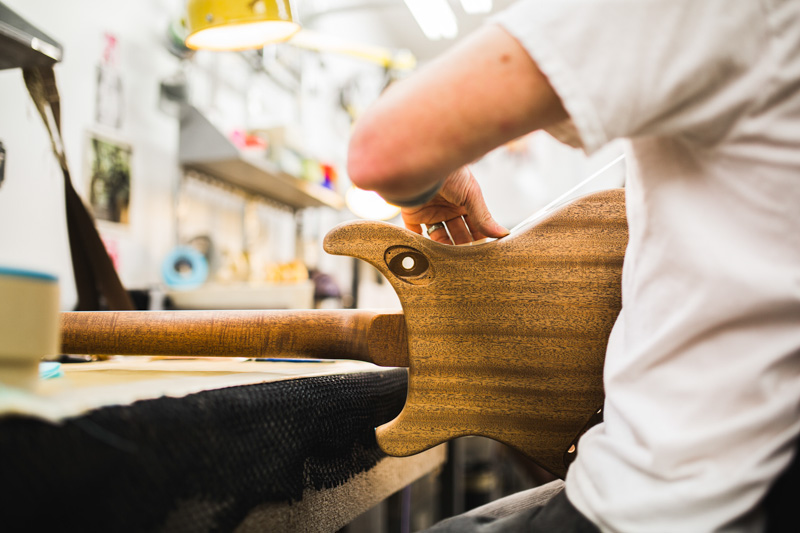 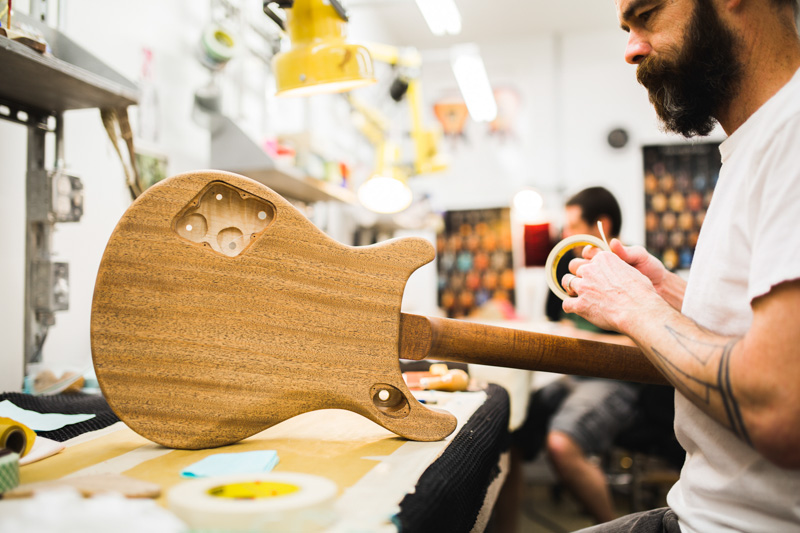 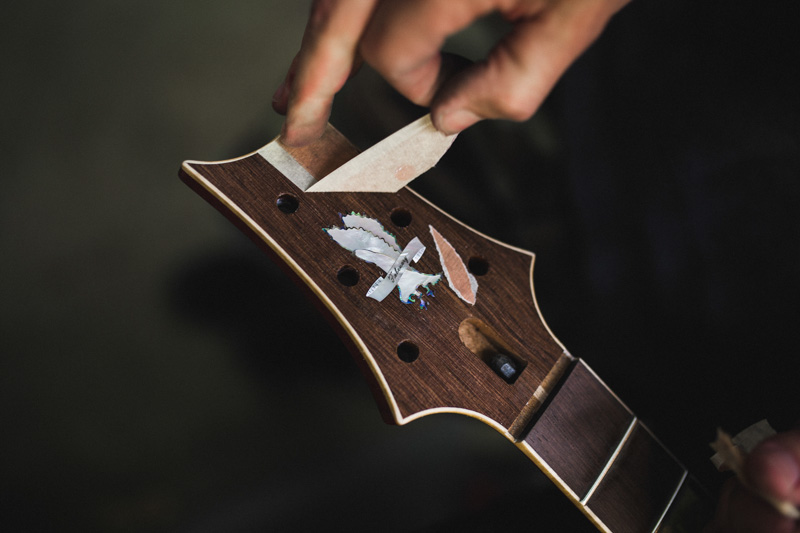 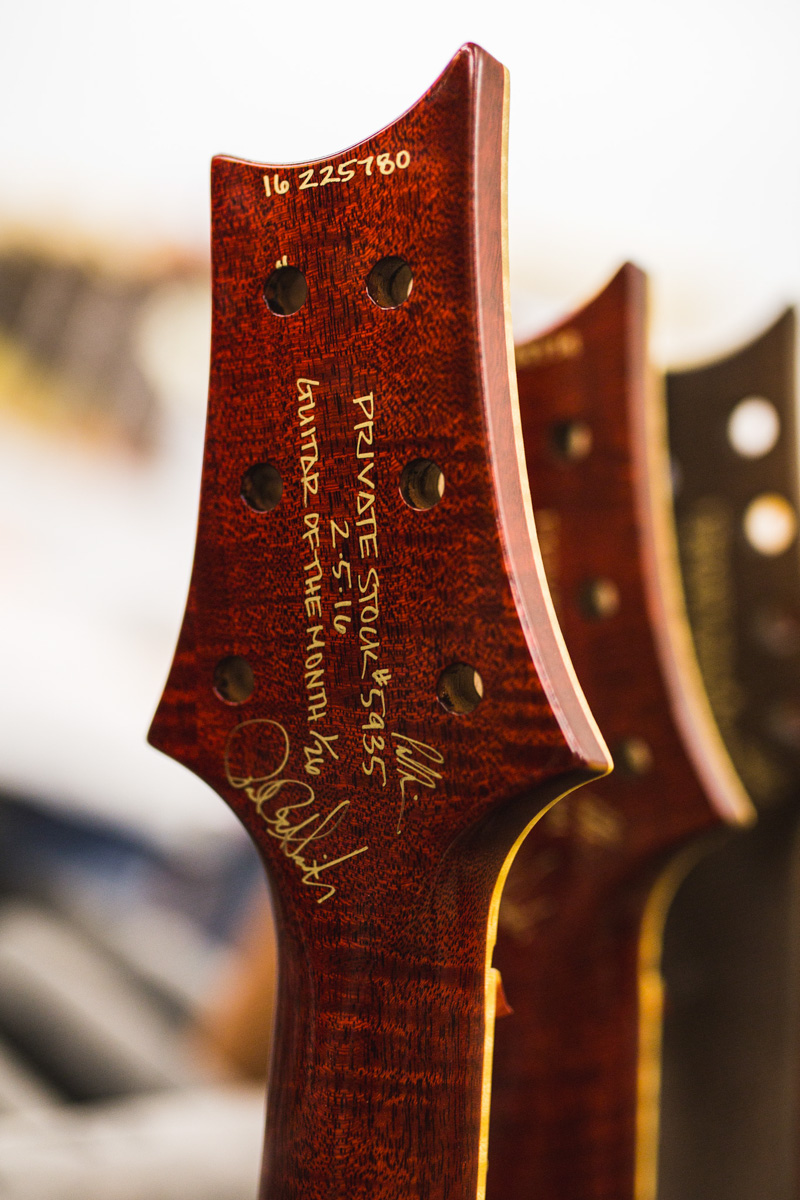 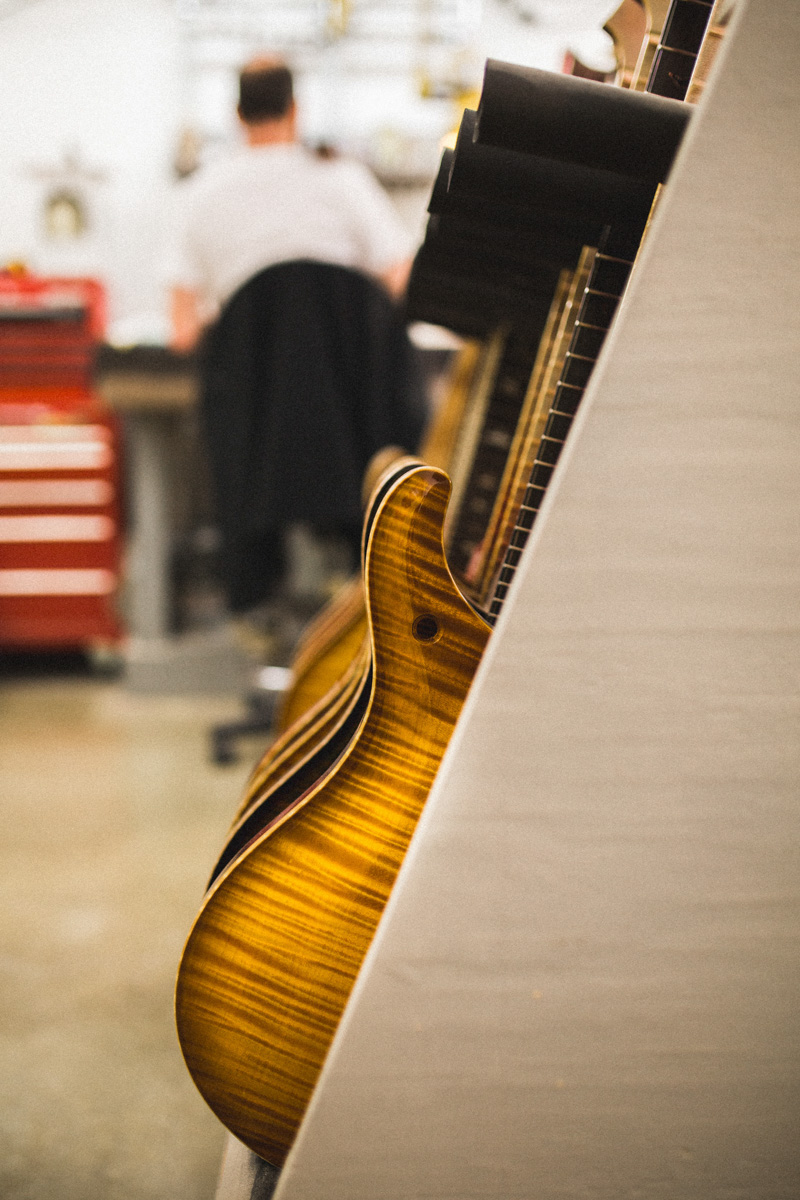 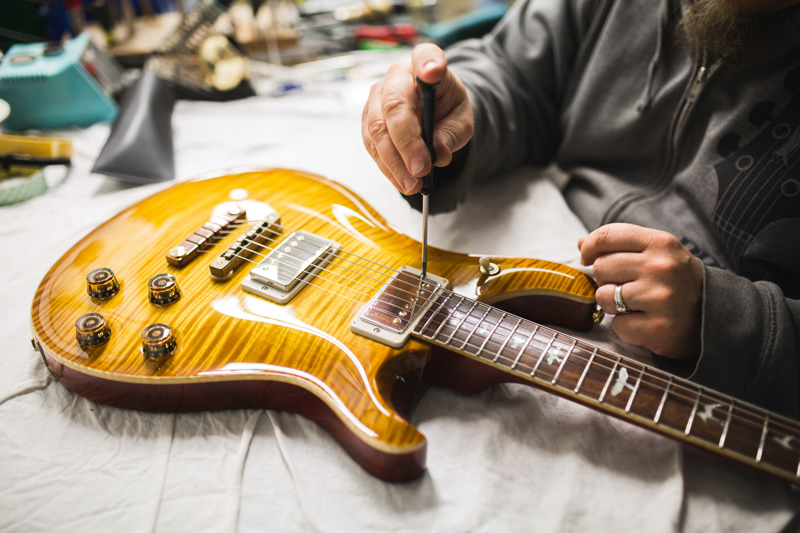 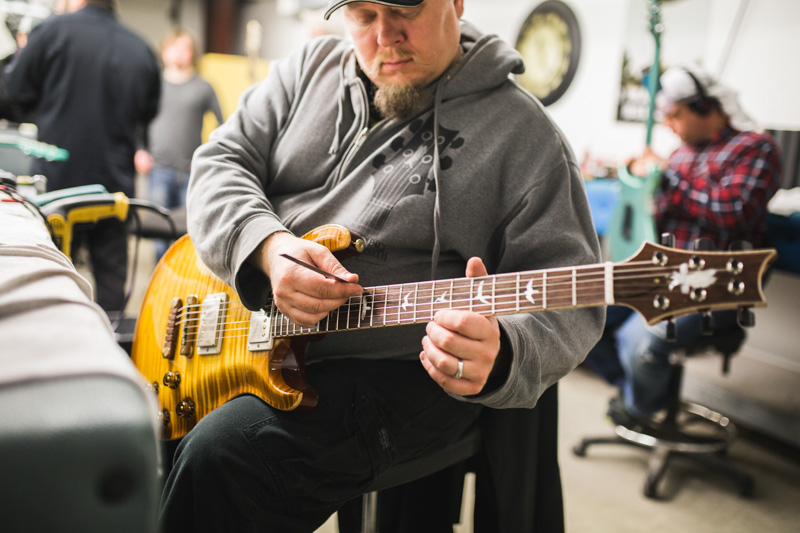 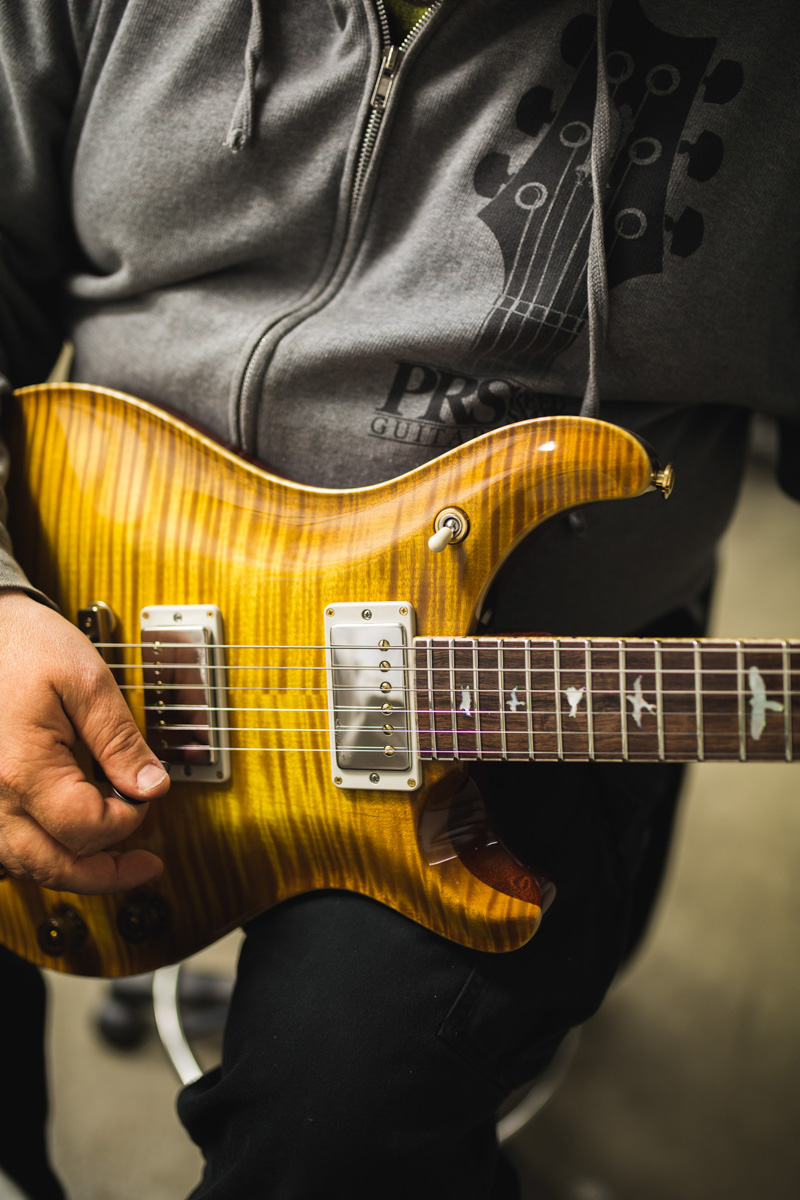 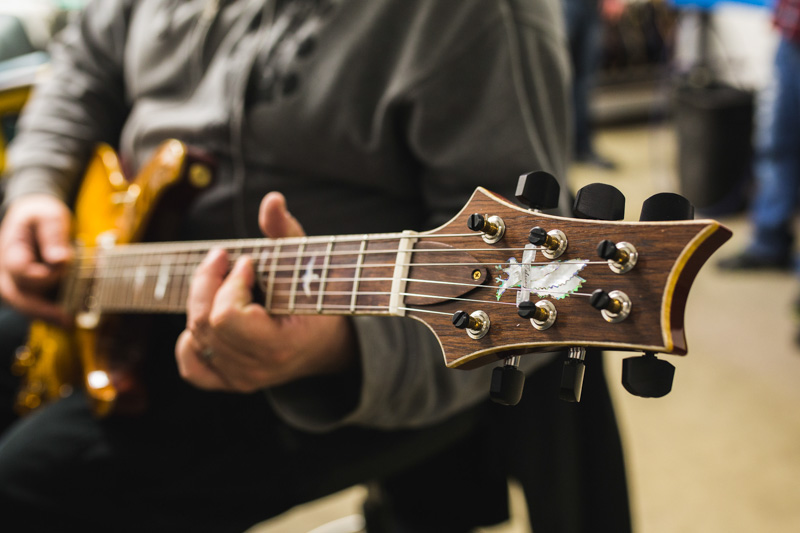 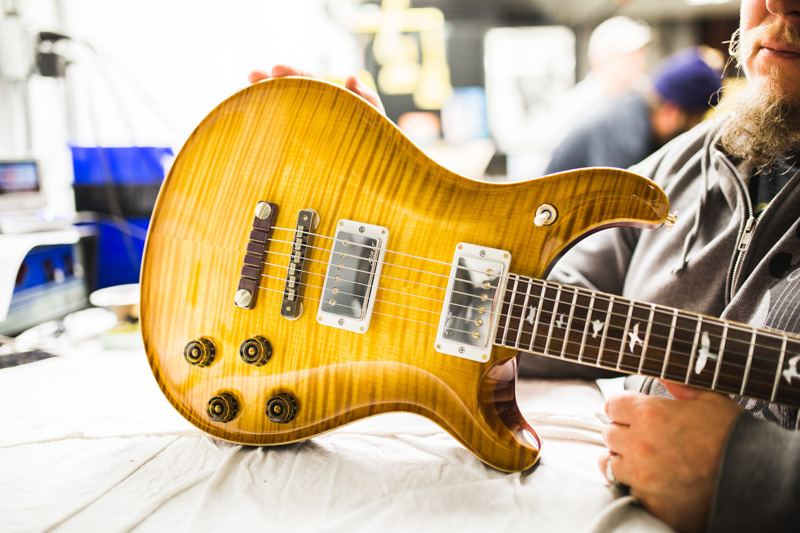 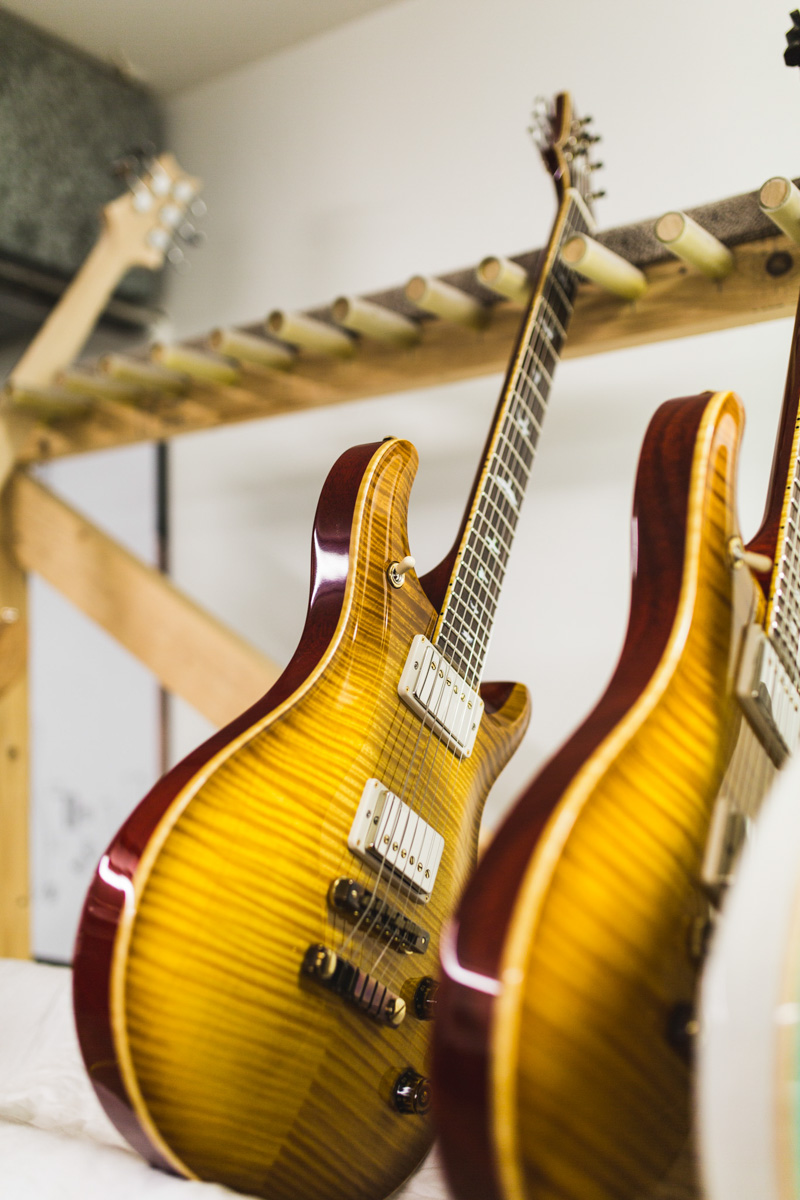 The Private Stock McCarty 594 is available at the following PRS Dealers: