"During the 2013 Rush Clockwork Angels Tour, I had the opportunity to spend some time with a PRS Angelus Cutaway. It quickly became my pre-show warm up guitar, and I spent many hours in many hotel rooms lost in the gorgeous sound and tone of that beautiful instrument. I'm very happy to announce that I have collaborated with PRS to develop an Alex Lifeson Signature model based on this superlative platform. If you're like me, you won't be able to put it down,” – Alex Lifeson.

While the craftsmanship and attention to detail are very consistent with other PRS Private Stock acoustics, this instrument embodies some new design elements that take the instrument in a unique direction. The Alex Lifeson signature PRS acoustic is slightly thinner than the company’s Angelus Cutaway and Tonare Grand and is constructed in such a way that it lends itself to louder stage volumes and the rigors of the road. The Alex Lifeson signature acoustic features a bearclaw spruce top and koa back and sides with a mahogany neck and ebony bridge, fretboard, and headstock veneer. It is adorned with Mother of Pearl and Paua “Birds in Flight” inlays and Paua purfling along the top, fretboard, and headstock veneer.

Born in the PRS Maryland shop, PRS Acoustics are heirloom-quality instruments with remarkable tone and exquisite playability. A small team of experienced luthiers handcraft all Maryland-made PRS acoustics with passion and attention to detail. The Private Stock Alex Lifeson acoustic comes standard with the Matrix Infinity pickup and preamp system. The Matrix Infinity is an undersaddle pickup with soundhole volume and tone controls, allowing for easily accessible adjustments. The LR Baggs Lyric system is also available as an option. The LR Baggs Lyric system is a featherweight microphone and hi-fidelity mic preamplifier with soundhole volume and presence controls. 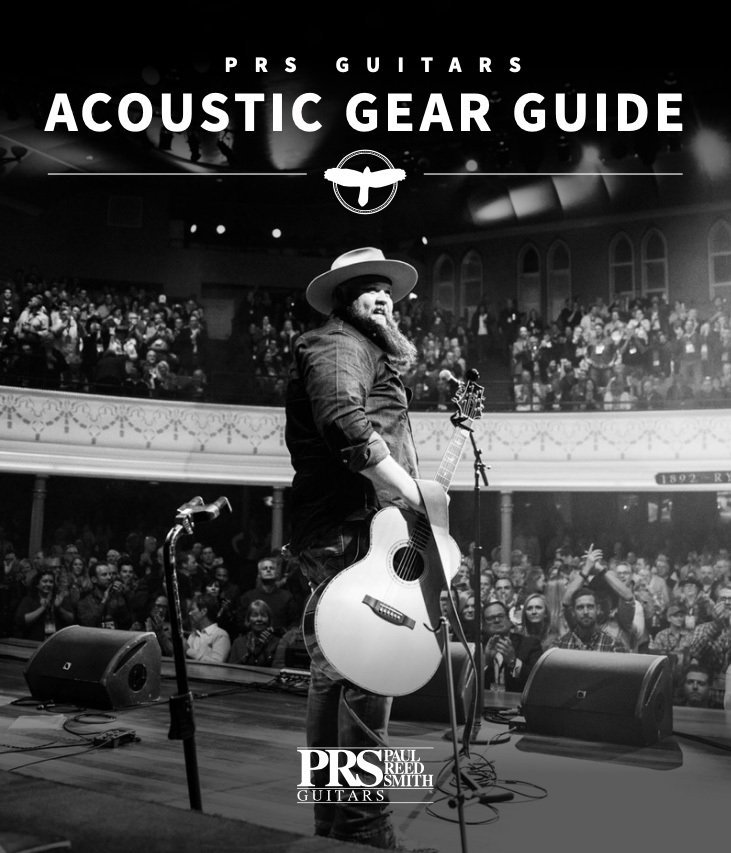