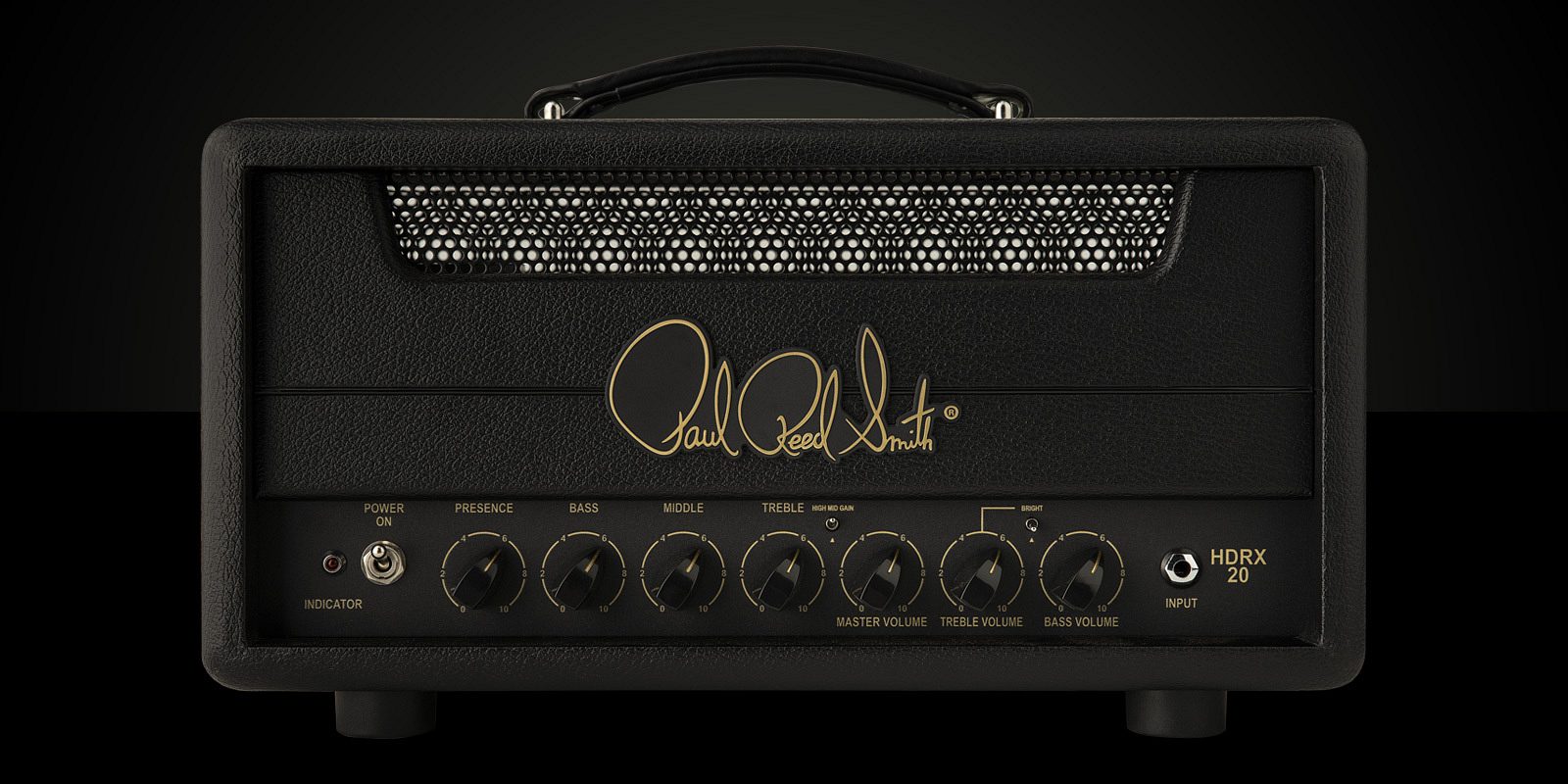 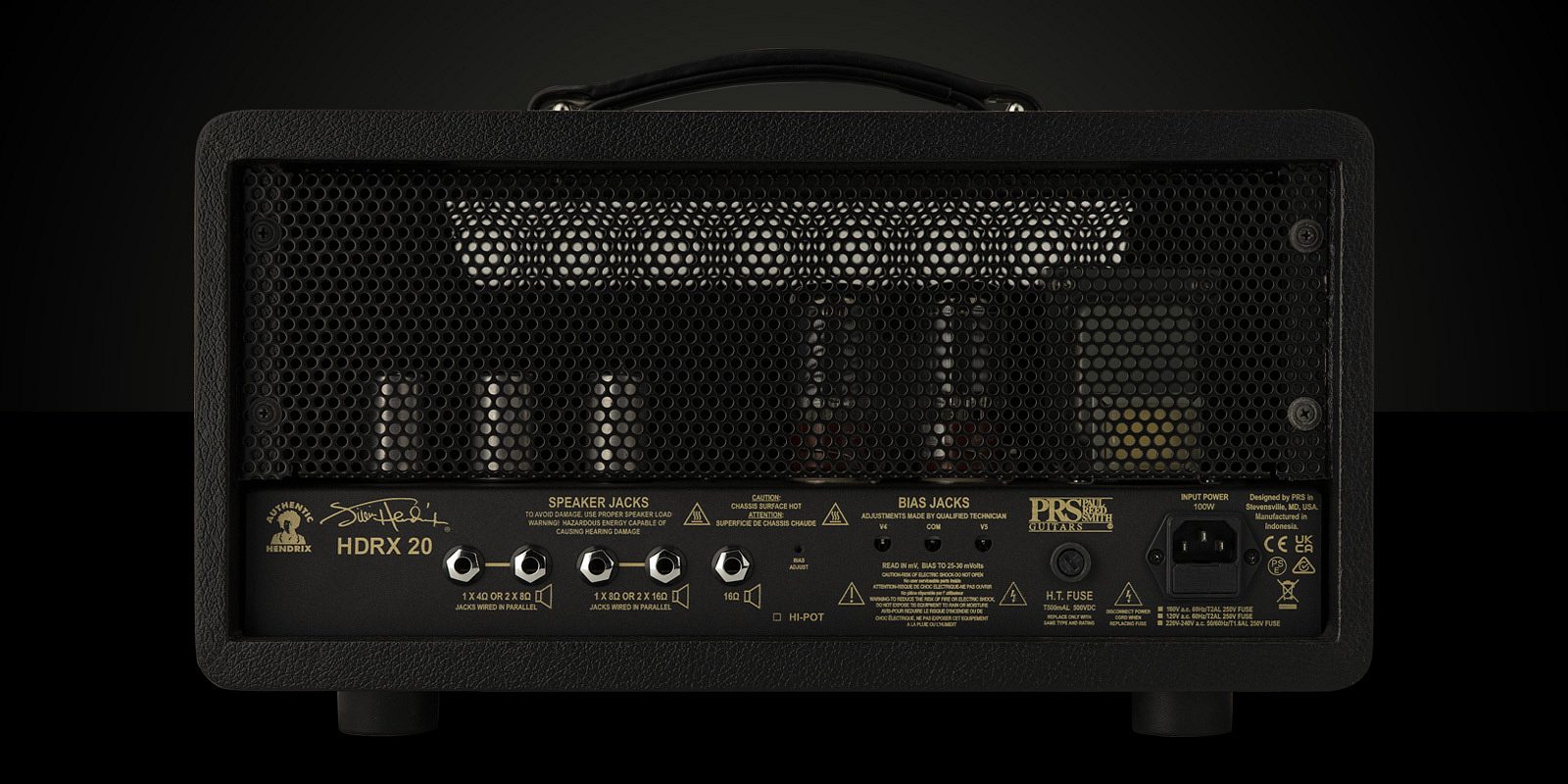 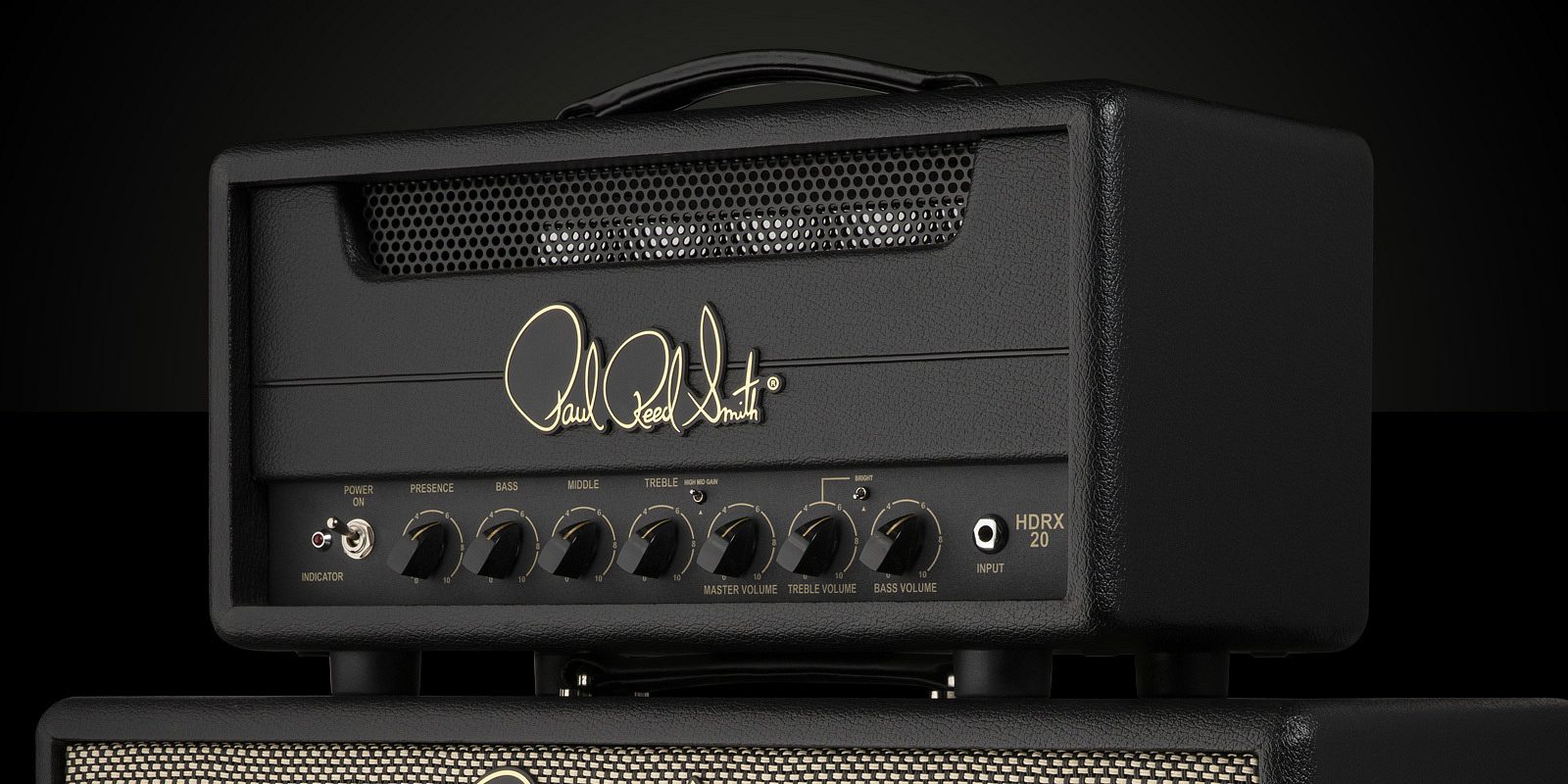 The PRS HDRX 20 captures the flexibility, power, and balance of late
60’s British-inspired tone in a lower wattage package. The PRS HDRX 20 features a newly-documented “Authentic Hendrix” Touring Circuit. This circuit is heavily inspired by one of Hendrix’s personal amps, purportedly used at Woodstock, which Paul Reed Smith and PRS Amp Designer Doug Sewell were able to study in 2018.

Designed to push the high-end so it is very clear, but not so much that it’s harsh, the PRS HDRX shines without glaring and allows for aggression that can be backed off for smooth, sweet tones. The PRS HDRX 20 is driven by two 5881 power tubes. Chosen for their lower power, smaller size, and organic voice, the 5881 tubes bring thick but articulate tone that drives well and breaks up beautifully in this lower-wattage amp.

The PRS HDRX 20 features a 3-band TMB tone stack, 2-way bright switch, high-mid gain switch, and presence controls. These features mirror the historic amp and give players flexibility and increased control of their tone. The PRS HDRX 20 is also designed with internally bridged channels with individual treble and bass volume controls. This eliminates the need for a jumper cable (historically used on the outside of the amp) and allows players to dial in their distortion level and tone more easily by blending the lead and bass channels’ individual volume controls, bringing more modern convenience to the amp. The addition of a Master Volume control on the HDRX 20, a new feature for HDRX amps, is another modern convenience. Players can use the Master Volume to control the power amp section of the HDRX, making it more user friendly for players who do not want to add a volume attenuator to their setup.

"The HDRX 20 is a little beast of an amp! Super touch sensitive and everything you want out of a British style amp - light and portable with tone for days. A super useable master volume that makes this a winner in any situation!"

"Holy Hellfire this little bastard is a RIPPER. Plugged in, set it like my favorite twin gain amp (i believe the guitar nerds call it “dimed”), and reveled in 20 watts of monster tone! Great job on this baby, Paul!"

"The PRS HDRX 20 Amp sounds like an old vintage plexi. PRS has painstakingly re-created the sound of the old transformers and it makes quite a difference inthe musical smoothness of the sound.”