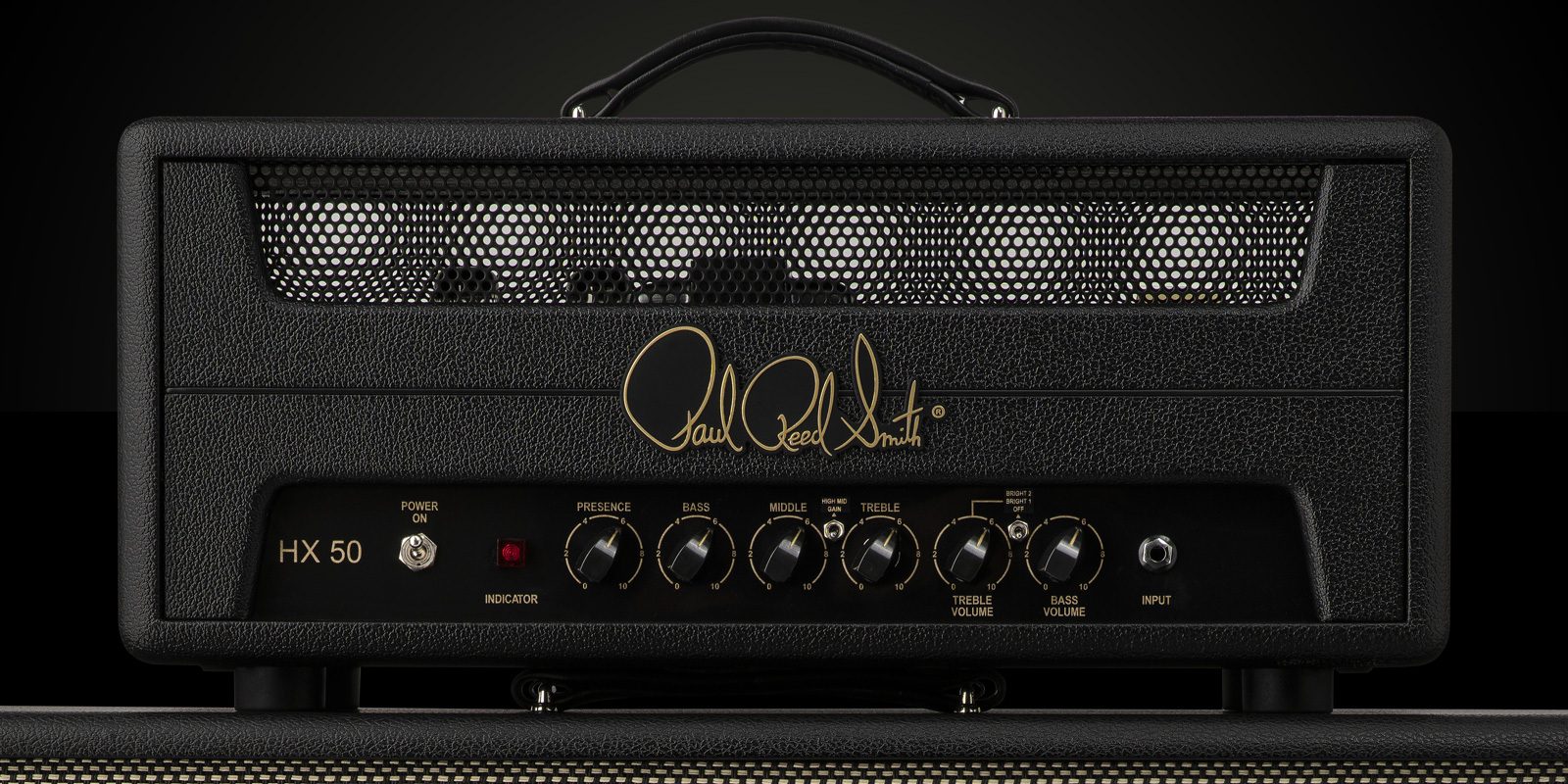 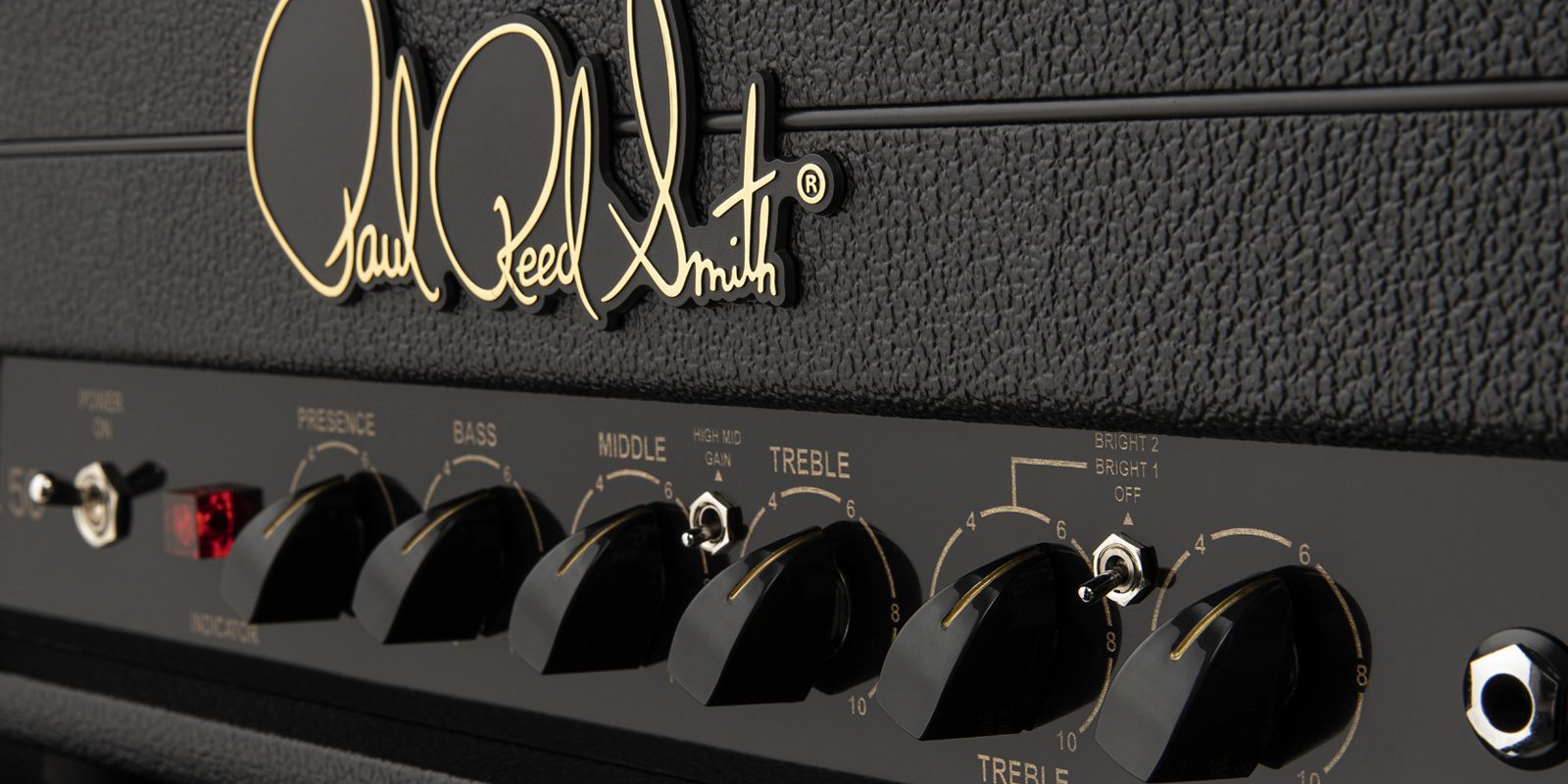 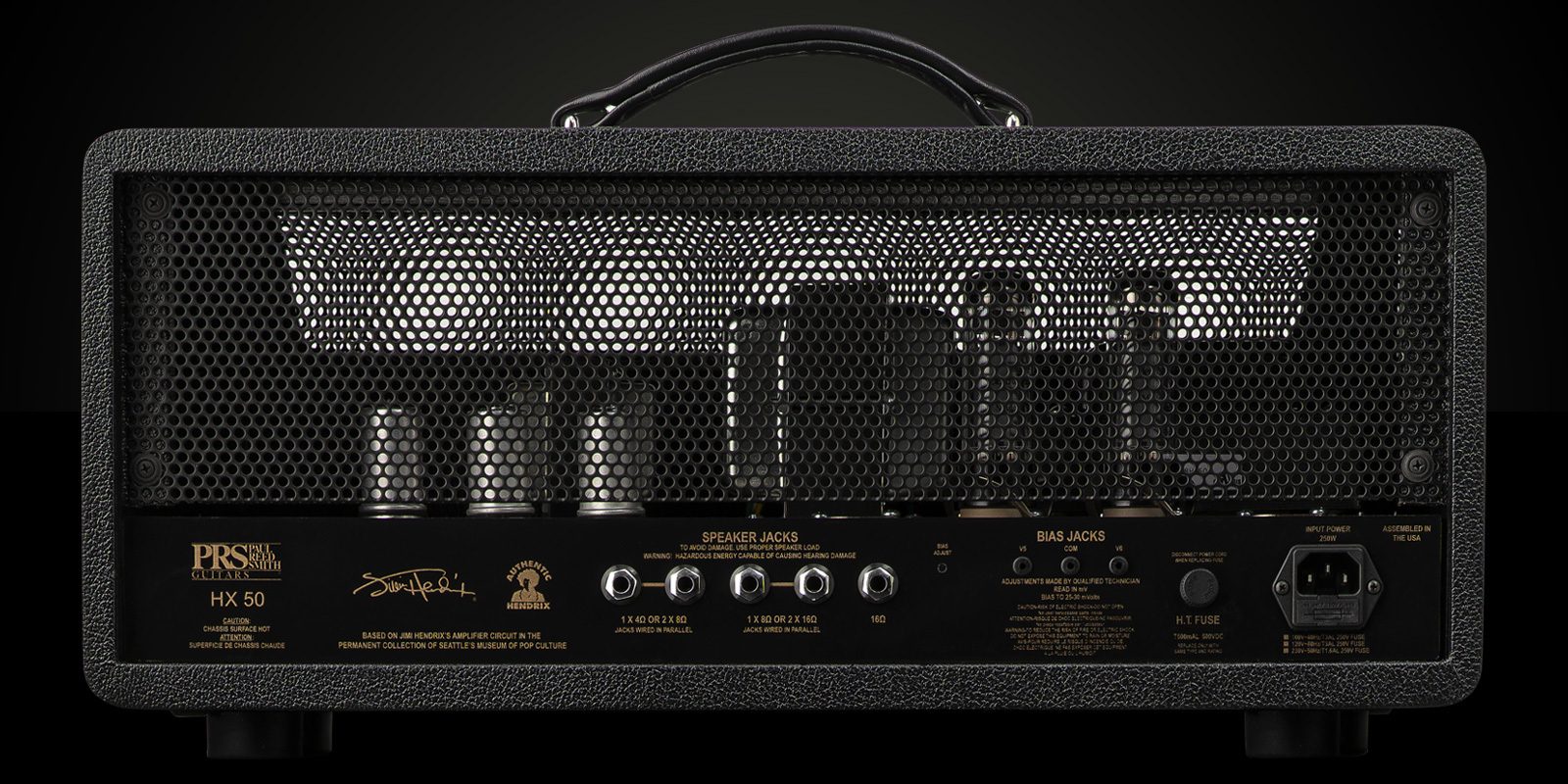 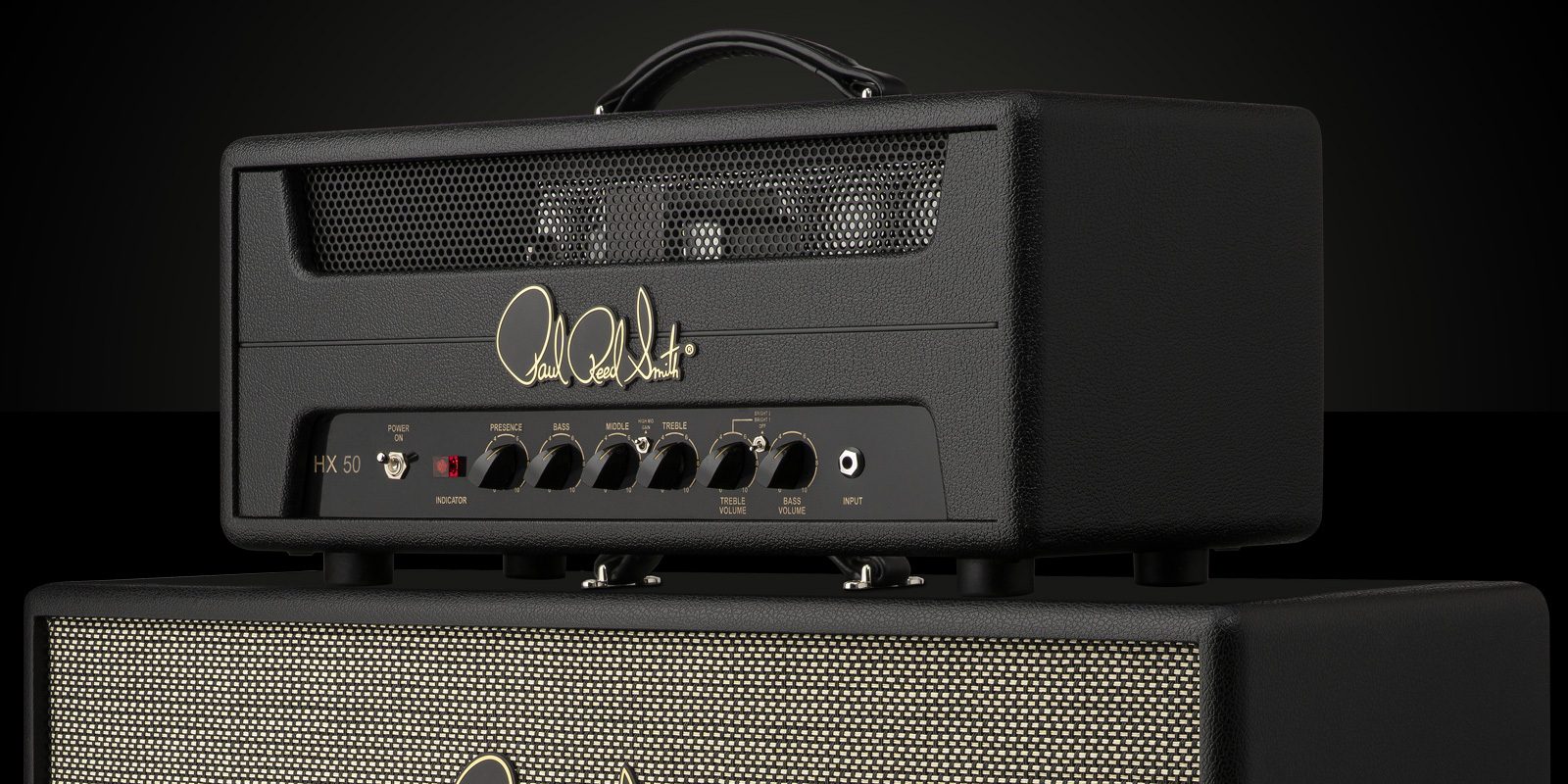 The PRS HX 50 captures the flexibility and balance of late 60’s British- inspired tone in a powerful 50-watt amplifier. A continuation of PRS’s popular HXDA amplifiers, PRS HX amps feature a refined control layout and a newly-documented “Authentic Hendrix” Touring Circuit. This circuit is heavily inspired by one of Hendrix’s personal amps, purportedly used at Woodstock, which Paul Reed Smith and PRS Amp Designer Doug Sewell were able to study in 2018.

Designed to push the high-end so it is very clear, but not so much that it’s harsh, the PRS HX shines without glaring and allows for aggression that can be backed off for smooth, sweet tones. The PRS HX 50 is driven by a pair of EL34EH power tubes, the best pre-amp tubes available, and a custom-designed Straight Edge output transformer. The HX 50 has the documented 100 watt power supply, which makes it sound much closer to the 100 watt amplifier than a normal 50 watt amp. The power supply and filament design also make the HX 100 remarkably quiet with little to no amp “hum or hiss.”

The PRS HX 50 features a 3-band TMB tone stack, 3-way bright switch, high- mid gain switch, and presence controls. These features mirror the historic amp and give players flexibility and increased control of their tone. The PRS HX 50 is also designed with internally bridged channels with individual volume controls. This eliminates the need for a jumper cable (historically used on the outside of the amp) and allows players to more easily dial in their distortion level and tone by blending the lead and bass channels’ individual volume controls, bringing more modern convenience to the amp.

Made in PRS Guitars Stevensville, Maryland, USA factory, PRS HX 50
amps are an exhaustive recreation of tone, a celebration of history, and a monument to modern technology. PRS has also designed matching 2x12 and 4x12 cabinets for the HX Amp family. Loaded with modified Celestion G12H-75 Creamback speakers, these cabinets push and punch to complete the package.

“Designing the PRS HX was not an exercise in over-engineering – it’s a fairly straightforward build with the right parts and circuit. We kept historic specs where it made sense, and we made substitutions based on availability, safety, and experience. In the end, I think we have made a great-sounding amplifier with exceptional build quality and enough power to blow your pantleg when you play it,” Paul Reed Smith.

“The HX is an incredible rig. Not only does it have a ton of power, it’s got plenty of nuance and subtlety. Plus, my favorite pedals sound awesome straight in to the front end, with no need for an effects loop."

“The PRS HX amp takes design concepts utilized for over a half century and brings them into the new millennium. A balance of power, dynamics, and tone with enough headroom to rattle your brain when needed. A sonic beast.”