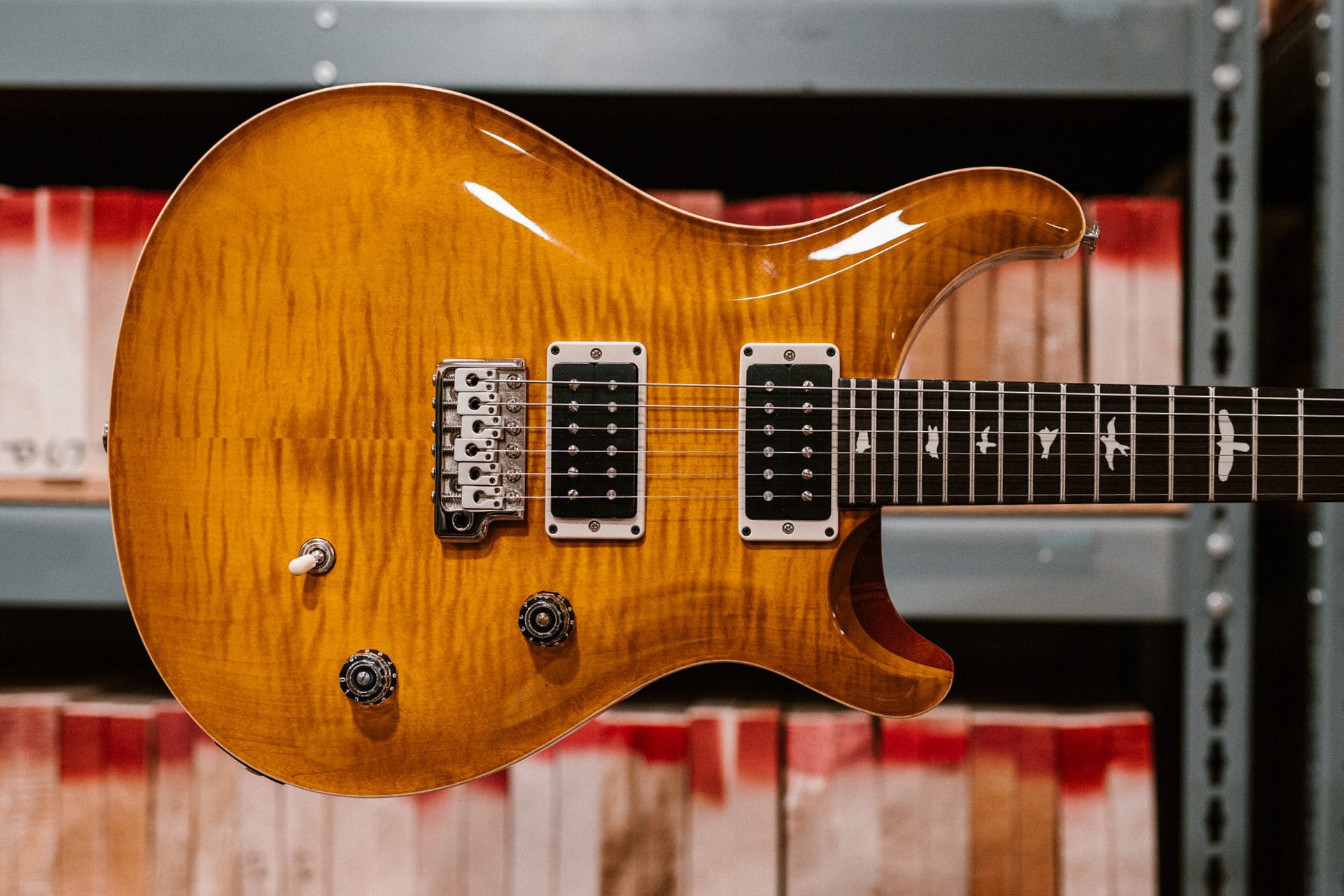 Since the dawn of rock and roll, the snap and response that comes from a bolt-on guitar has been an essential part of the mix. In 1988, PRS entered the world of bolt-on instruments with the 'CE.' The CE was an artist favorite and loved by many until its eventual discontinuation in 2009. 7 years later, the CE returned and has remained in our lineup since!

Below we interviewed two PRS employees who were integral to the development of the CE model - both old and new!

Jack Higginbotham, currently our Chief Operating Officer, was the PRS Woodshop Manager in 1988 - overseeing the production of many PRS instruments, including the CE.

Rob Carhart, our current Director of New Products Engineering was also an early PRS employee who worked on the original CE in the 90's and later worked with his team to engineer our current CE 24 model.

Read our CE 'fun facts' and interview with Jack and Rob below to learn more about the making of this model and its rich history at PRS!

Jack: Working with maple necks at that time in our factory was a challenge - we put our best people on the shaping and sanding. The tools we were using back then were pretty primitive compared to the CNC machines we work with today. In the mid 1980’s we were carving bodies and necks on our ‘duplicarver.’ The machine was a sort of pantograph with a cutter on one side and a “feeler” on the other. The operator would guide the feeler over the template and the neck blank would be cut on the other side. It was a fairly inconsistent process and would take us forever to sand to the right shape. Within a couple of years, we moved the necks away from the duplicarver to a machine with a similar process but one that was slightly easier to run - we gave it the high tech name of the “neck carver.”

Rob: I remember we were only running about 5-7 maple necks a day - it was a very manual process and the maple was way less forgiving to work with when compared to mahogany. Building CE’s helped teach us a lot about the process of carving necks.

The CE was originally offered with an all-alder body, later a maple top version was added, in 1994 the body transitioned to mahogany, the fretboard was offered in maple and rosewood, and even more changes came in the future.

Jack: A lot of the wood changes came down to supply. It became difficult to find good clean wood, and a lot of the alder was showing up with significant knots so we had to come up with an alternative.

Rob: As a company, experimenting and building with different wood types helped us launch future models like the Swamp Ash Special.

Jack: One day I was working in the PRS office and someone from Alex’s camp called and said Alex saw one of our CE guitars and wanted to try it. We sent him one, and to this day he still has it. That was a big deal to me, as RUSH was a huge influence on me musically.

4. The CE was supposed to be faster to build, allowing for a lower priced model. It didn’t go according to plan.

Jack: The original intention with the CE was to create another step in our product offerings. One goal was obviously to make a guitar that maple neck players would be interested in. We thought the CE would be much faster to make and allow us to offer it at a lower price. The thing is, they took a ton of time to make and by the time the guitar landed in a player’s hands, they were getting a tremendous value.

Rob: The CE saved us maybe 45 minutes in production (versus a PRS Custom 24), but we had it priced like it was saving us 5 hours of production. It ended up being a great deal for buyers.

Jack: In 2015, Judy, Jim, and I had a meeting scheduled at the Hilton near the PRS factory. The goal was to brainstorm a product that could exist between our S2 line and the PRS Standard - there was a void in the price point between the S2 line and the beginning of the Core line. We wanted something for everyone, so the goal was to develop something we called “tweaner” guitars. Driving from my house to the meeting it just hit me like a bolt of lightning - let’s bring back the CE. I called Jim and Judy, they immediately agreed, we all turned around and saved a lot of time that day!

Rob: When we built the first prototype and passed it around the room, there was almost instant agreement, this CE would be a great addition to our lineup.
--

Explore all of the PRS Bolt-On Offerings Here