PRS artist Kurt Allison has kept a busy schedule on the road with three-time Academy of Country Music "Entertainer of the Year," Jason Aldean. 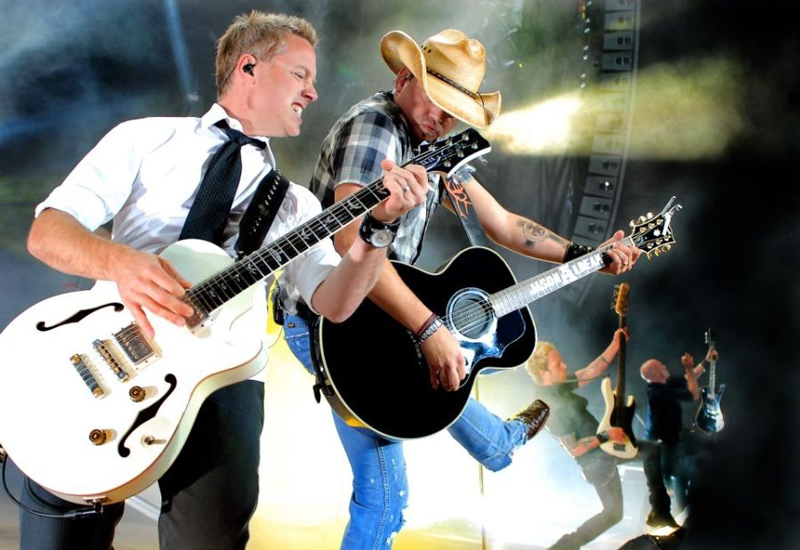 Aldean’s last three albums each reached number 1 on the all-genre Billboard 200 albums chart and all seven of his previous LPs have achieved platinum certification or better. Kurt Allison will join Aldean on his "High Noon Neon Tour" this May. Aldean recently invited survivors of the October 2017 Las Vegas shooting tragedy to attend a private rehearsal before the Academy of Country Music Awards in Vegas. Check out the news coverage of the event below:

Watch Kurt Allison play his PRS gear in other live performances with Aldean below! ELLEN THE LATE SHOW WITH STEVEN COLBERT
← Back To Blog