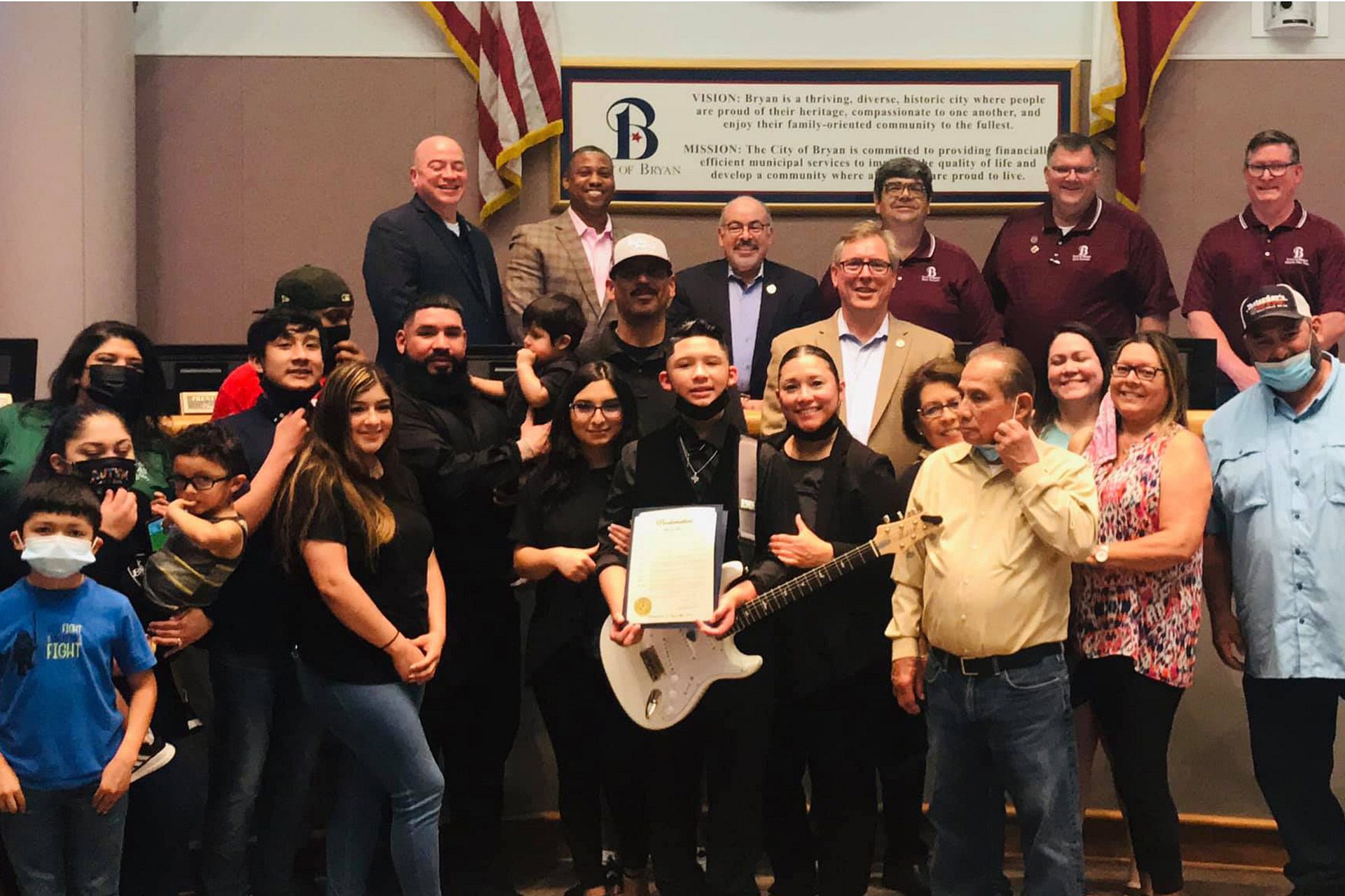 Young PRS artist Kane Alvarado has just received an extraordinary honor, his own day! The city council in his hometown of Bryan City, Texas has just voted to officially designate April 13th as Kane Alvarado Day. In a ceremony held earlier this month, Kane was presented with a copy of the proclamation by Mayor Nelson himself. This recognition comes in honor of Kane’s achievements as a musician and the impact he has made on the local scene. Our congratulations go out to the entire Alvarado family.

Kane performed the national anthem at the city council meeting where he was honored, watch here.