PRS artist and Between The Buried and Me guitarist Dustie Waring was recently featured on Premier Guitar's "Rig Rundown" column. In this post you can see the full rundown and get a behind-the-scenes peek at Dustie's awesome rig! -- Dustie Waring has been a longtime PRS user and last year we began offering the Dustie Waring Limited Edition Signature Model, based on our popular Custom 24 model. Dustie's sig model offered a Floyd Rose bridge, a mahogany body with a carved maple top, a thin maple neck with an ebony fretboard and the production model came with his signature DiMarzio humbuckers. (Recently, Waring switched from DiMarzio to Seymour Duncan and he’s now using prototype signature humbuckers on his No. 1.) Every Between the Buried and Me song is tuned to C# and Waring is using custom gauge D'Addario strings: .011, .014, .021 (wound), .032, .044, .056. 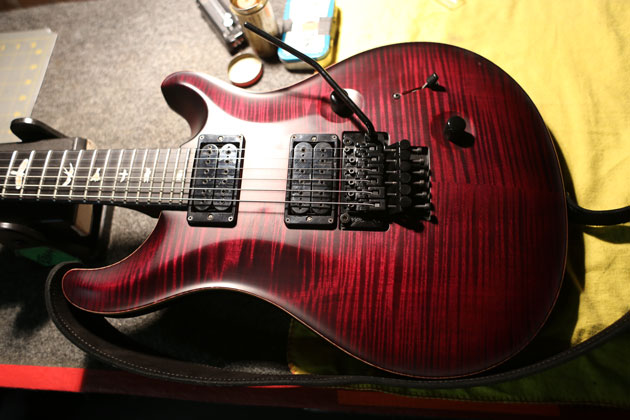 While Dustie is playing his signature model most of the time, he does bring along another PRS for backup purposes -- a custom Singlecut model, outfitted with a Floyd Rose bridge. 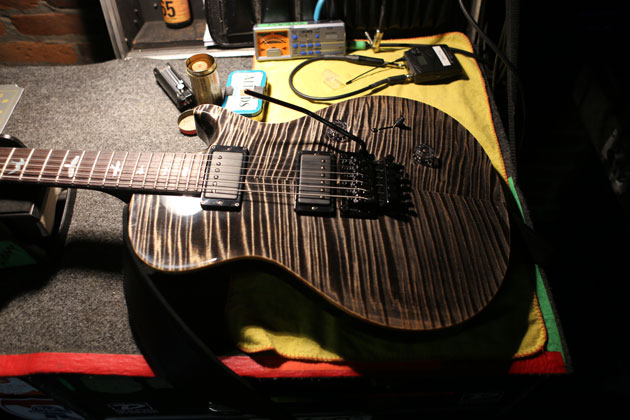 Moving on to amps, Dustie switches between his Axe FX II XL and his 100-Watt 6L6 powered PRS Archon amplifier. 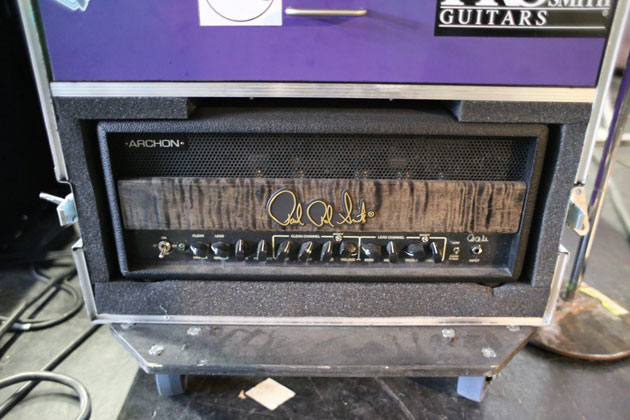 Below, check out the full rig rundown video as seen on Premier Guitar!