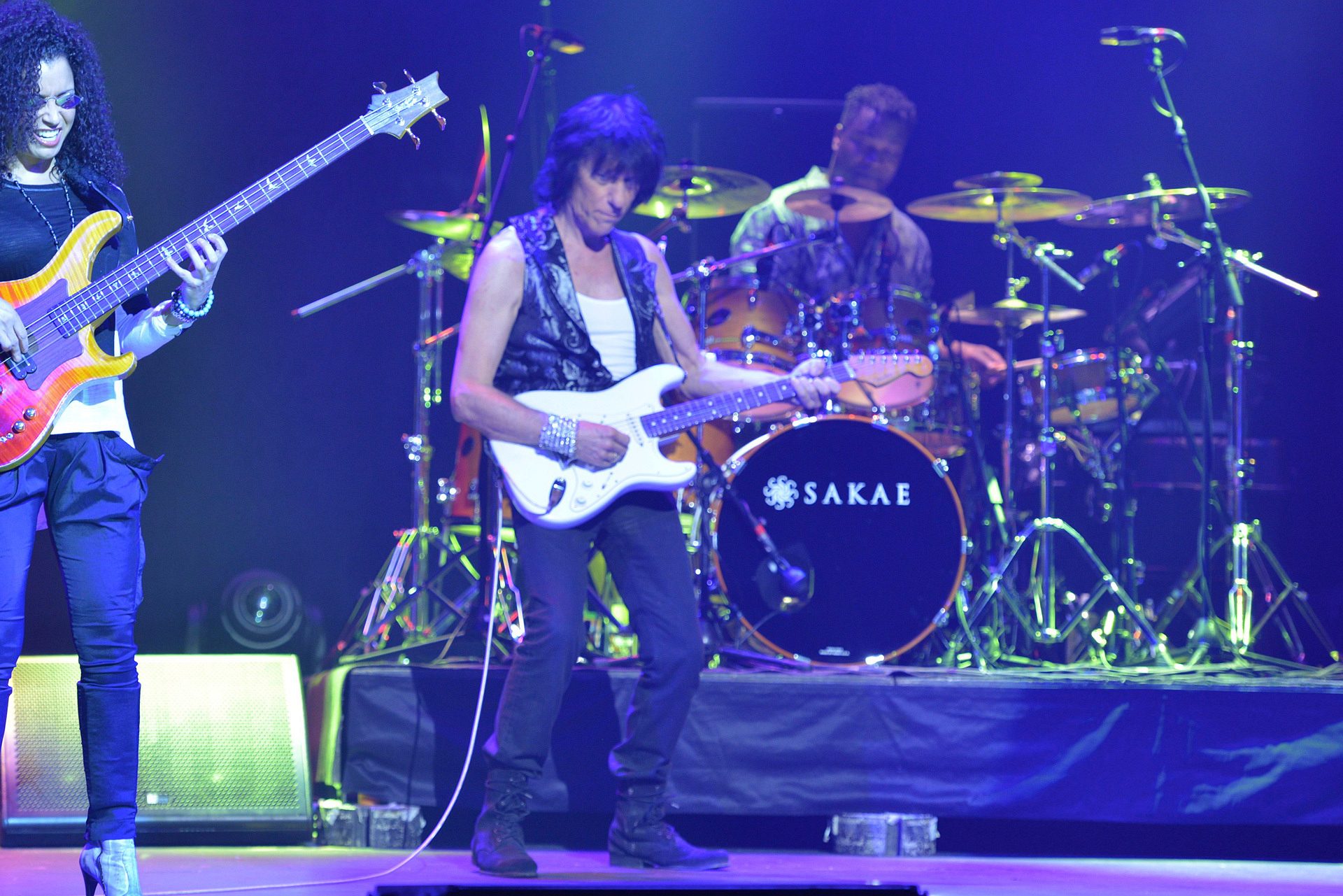 “I’m saddened to hear of Jeff Beck’s passing. I’ve always held him as one of our industry’s geniuses. I’ve been continually moved by his playing and his music. This is a tough loss.”

Paul further reflected on the first time he was introduced to Jeff and witnessed him perform:

“I have a story to tell about Jeff Beck. I was introduced to him by Rhonda Smith and got a chance to sit with him backstage. He was playing literally three feet in front of me through a small amp. I thought I was going to be stunned by how well he played. That’s not what happened. What was astounding was his depth of musical knowledge. In a 45 second span of time, starting at the nut, he played Broadway music, halfway up the neck he was playing Blues, three quarters of the way up the neck he went into Jeff Beck style and at the top of the neck he was playing Jazz and then went back down the neck in flawless reverse order of music types. His musical knowledge and how he could flow from one kind of music into another seamlessly was beautiful -- once again, all in 45 seconds. I knew I was sitting in front of an incredibly well-studied genius. When he played that night, I was on the side of the stage and in each song he stayed in one genre, while intermittently making the sounds of air-powered car tools and…not once did he repeat himself. When he spoke to me earlier that night, he was clear, understood his position in the industry and told me what would happen in the future in a very straightforward, sweet, grounded way. I walked away from that evening with an even greater appreciation of what I had heard and witnessed him do over the past decades.” - Paul Reed Smith