Most people familiar with Paul Reed Smith would first describe him as a guitar maker. However, behind-the-scenes, Paul is an avid songwriter, recording enthusiast, and leader of a band. -- Today, Paul's band is releasing their latest album, Time To Testify. The album is being released on Steve Vai's Favored Nations Label. 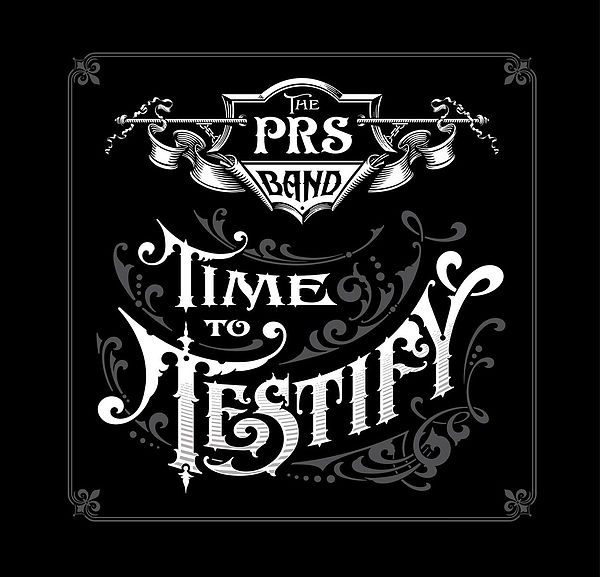 We sat down to interview Paul and learn more about his work as a musician. Q&A WITH PAUL REED SMITH Early on, what led you to the guitar, why not a drum kit or the keys? Paul: Oh I fell in love with guitar, I never thought twice about it. It started when my bother took me to a record store and showed me a unique looking album with a guy with two eyes on his shirt, he said, "these guys are going to be huge." We bought it and later that day my brother left the house and I couldn't wait and opened it without him. By the time “Are You Experienced” came on, that's it, I was hooked.

I loved listening to the guitar parts on all sorts of albums: James Brown, The Allman Bros Live at The Fillmore, Humble Pie Live at The Fillmore, every Jeff Beck album I could get my hands on. Led Zeppelin too, I was eating it all up. A lot of people played guitar to get a girlfriend, I played it because I just loved it. What style of music do you and your bandmates play - what would you say influenced that? Paul: We call it “Chesapeake Gumbo” - it’s a combo of a lot of things: funk / rock / blues / r&b / cajun swing / go-go / reggae and baltimore inspired bad-to-the-bone grooves. All of the band members' prior experience led to it - it was just natural.

You just released a new album, how long did you work on it, and what was the songwriting and production process like? Paul: 4 years. Mia, our vocalist, would drive down to the studio and we would do demos for hours and hours. We had about 30 recorded tracks before we narrowed it down to the final 11. 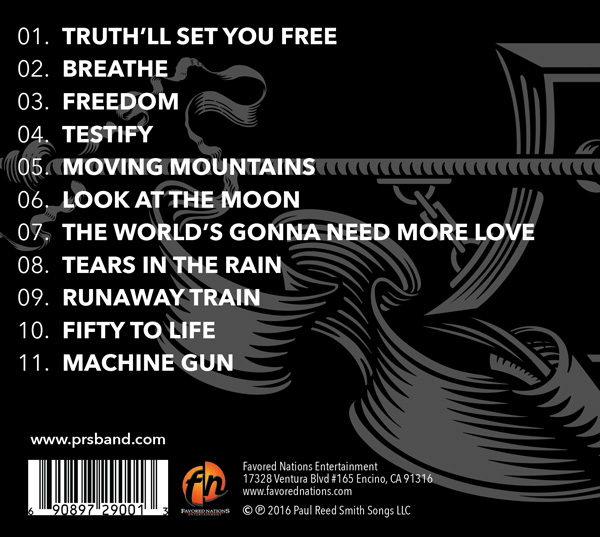 Where did you record? Paul: In our studio which we built on my property in Annapolis, Maryland. Peter Denenberg who recorded the Spin Doctors' records did all of the mixing and mastering and would drive down from New York for our sessions.

What drew you to covering Jimi Hendrix's “Machine Gun” and “Freedom?” Paul: We asked Janie Hendrix if it would be okay to record a demo track of "Freedom" and she said sure and was willing to let us try. On the album, I see the covers as “bridges” between what we are doing and these awesome tracks filled with historical significance. You love hosting other artists in your studio and having them play on your band’s tunes, how do you decide who to use and the parts they play? Paul: Mostly by what "shark" circles the band. Randy Bowland asked to play for over two years and we got him on a track, my guitar teacher Chris Leuzinger from Garth Brooks' recording band is also on a few tracks. To them it was easy, they would hear the song and say give me a guitar I’ve got a part. What do you think is the easiest part about playing in the Paul Reed Smith band? The hardest? Paul: The easiest is simply riding the wave of the musicianship that surrounds me, but the hardest is keeping up with the musicianship. At the end of our gigs, our bassist Gary Grainger would offer me a shot if I did well. But one night he said “drink” cause I had an off night.

You’ve probably played hundreds of gigs over the course of your life, do you have a favorite? Paul: 2 gigs stick out, our best gig ever which was at Hans Thomann's in Germany, and another one at Rams Head Live in Baltimore. Gary just had an incredible night - absolutely killed it.

What’s your advice to young aspiring musicians playing in their first band? Paul: Learn rhythm, harmony, and melody seperately and then put it together. Also focus on rhythm, it helps. Last thoughts? Paul: It’s just an honor for me to play, at 60 I could be in a worse spot but I’m having fun.

Time To Testify is available now on iTunes and Amazon. For more behind-the-scenes peeks at the making of the album, visit the PRS Band website. CONNECT WITH THE PRS BAND Facebook Twitter Instagram
← Back To Blog