Paul Reed Smith and employees from PRS recently returned from a trip to Sweetwater. Sweetwater is a PRS dealer in Fort Wayne, Indiana and they host an annual event called GearFest -- a huge two-day festival filled with vendors, artists, and over 12,000 guests from all over the U.S.

The event was held at Sweetwater's campus and included over 475 manufacturers, PRS was on-site and part of the action!

Friday and Saturday we hosted "Designing Your Dream Guitar" with PRS Private Stock. We had a room upstairs where we showcased a variety of Private Stock woods, inlays, stain samples, and more. We also brought unstained maple cut-offs from guitars for PRS fans to stain with our colors. We initially brought 100 pieces of maple, but by 2pm on the first day, we were all out of them! We quickly had another 150 shipped in for Saturday, and by the end of the day we were out again, our booth was a hit and 250 people walked away with a cool souvenir!

Paul Reed Smith was present at the event signing the stained maple blocks in addition to people's PRS guitars that they brought to our booth. Other booth freebies included stickers and Private Stock posters!

Other PRS action at GearFest included a live performance by PRS artist Mark Holcomb and his fellow bandmates in Periphery. 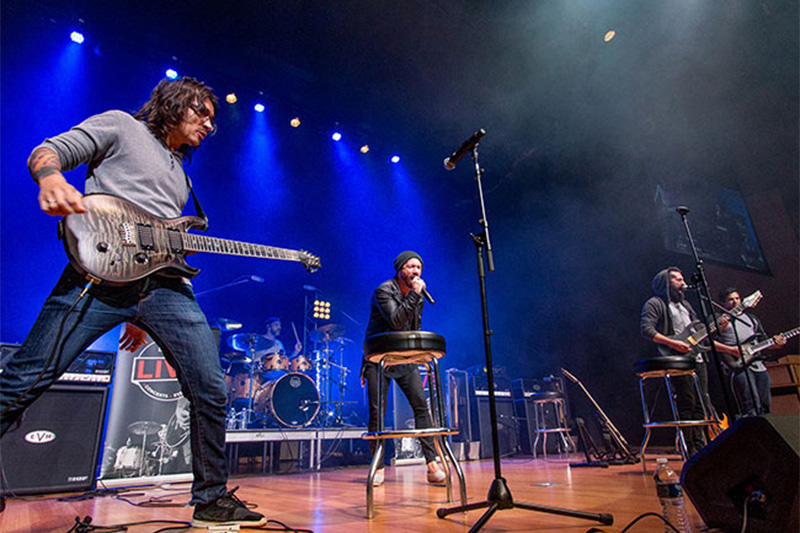 Overall, it was a very successful event and we look forward to GearFest 2017! Check out some photos of our booth below! 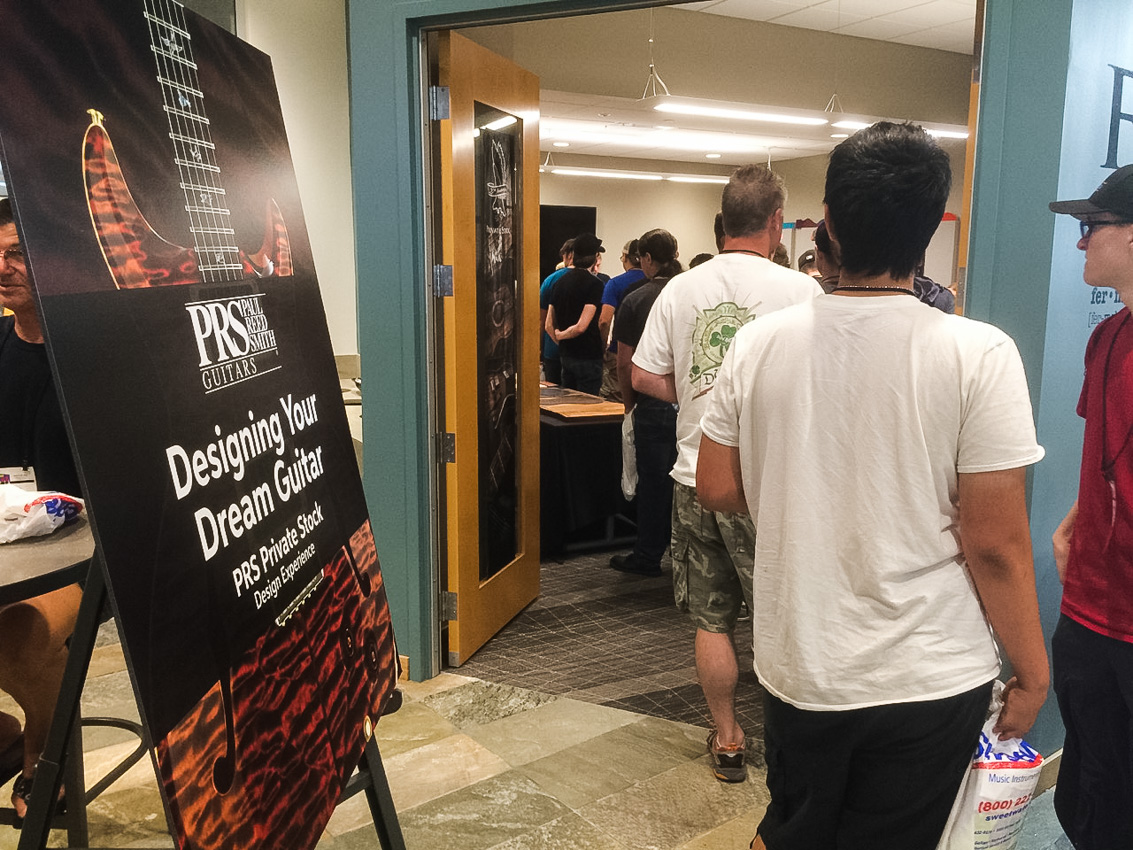 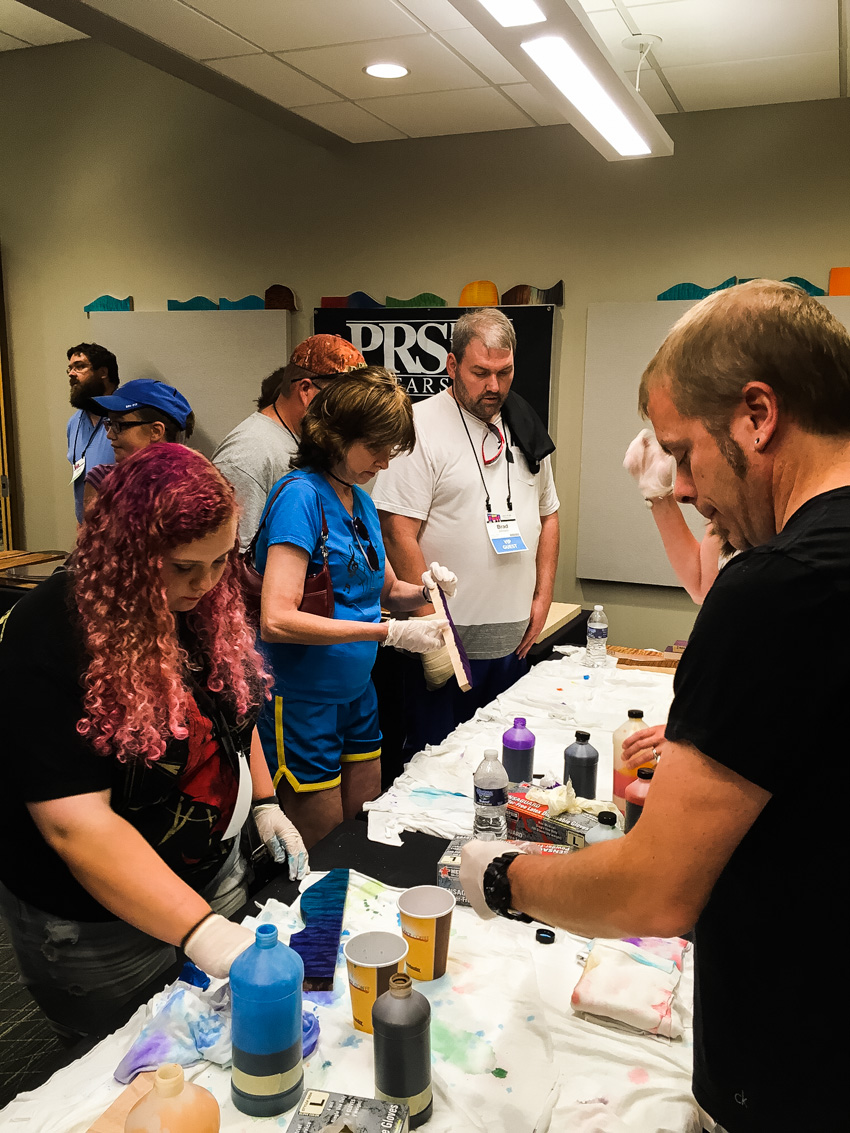 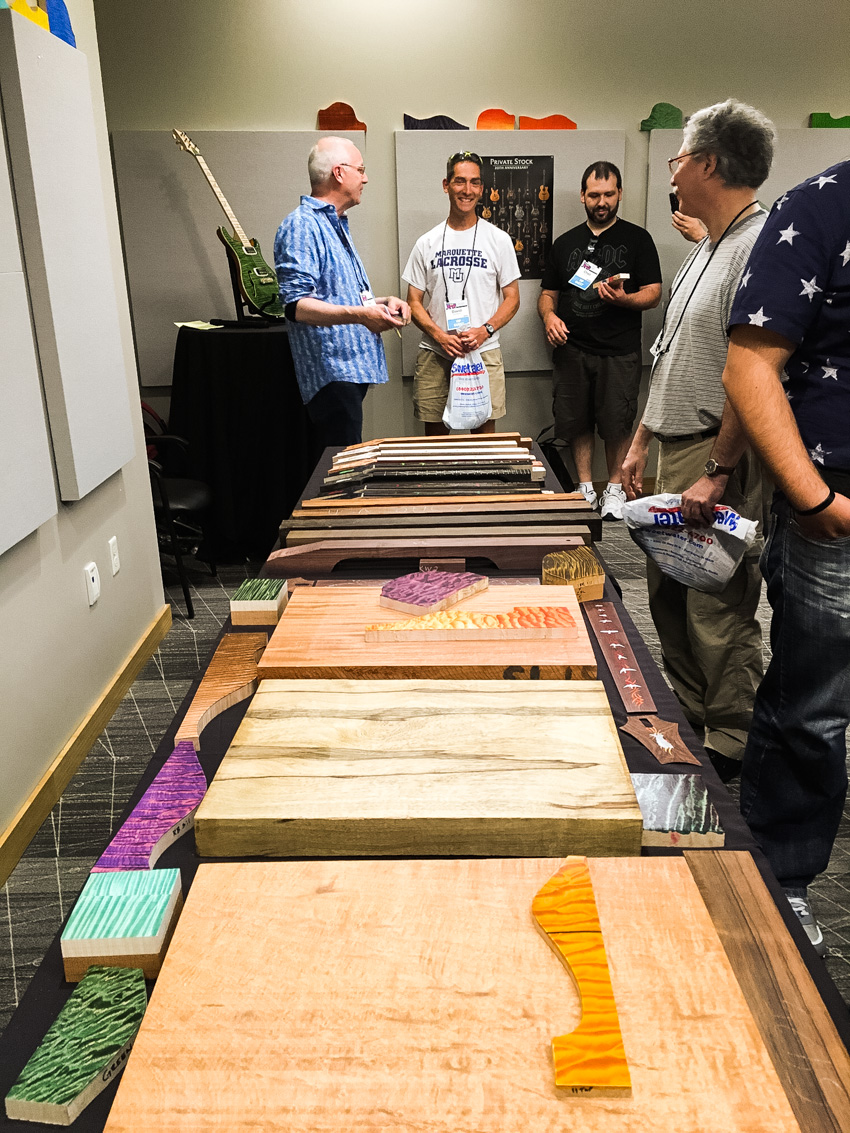 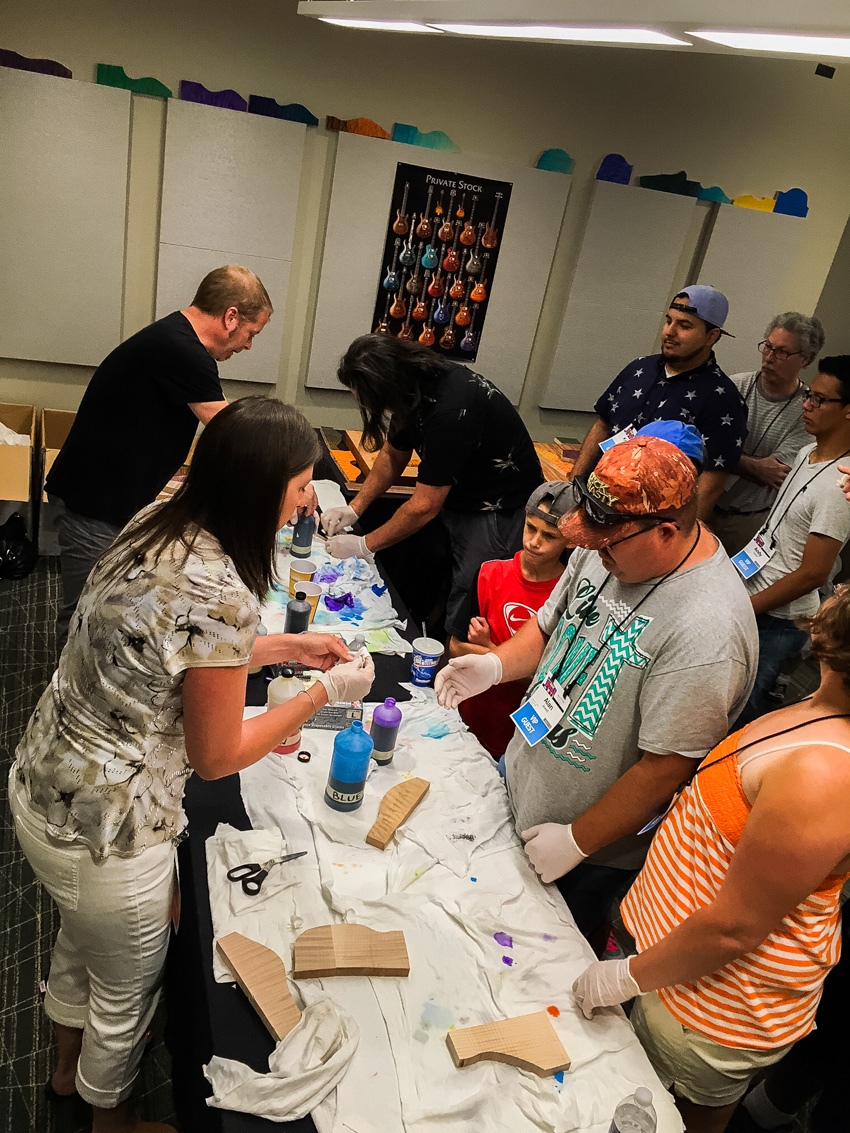 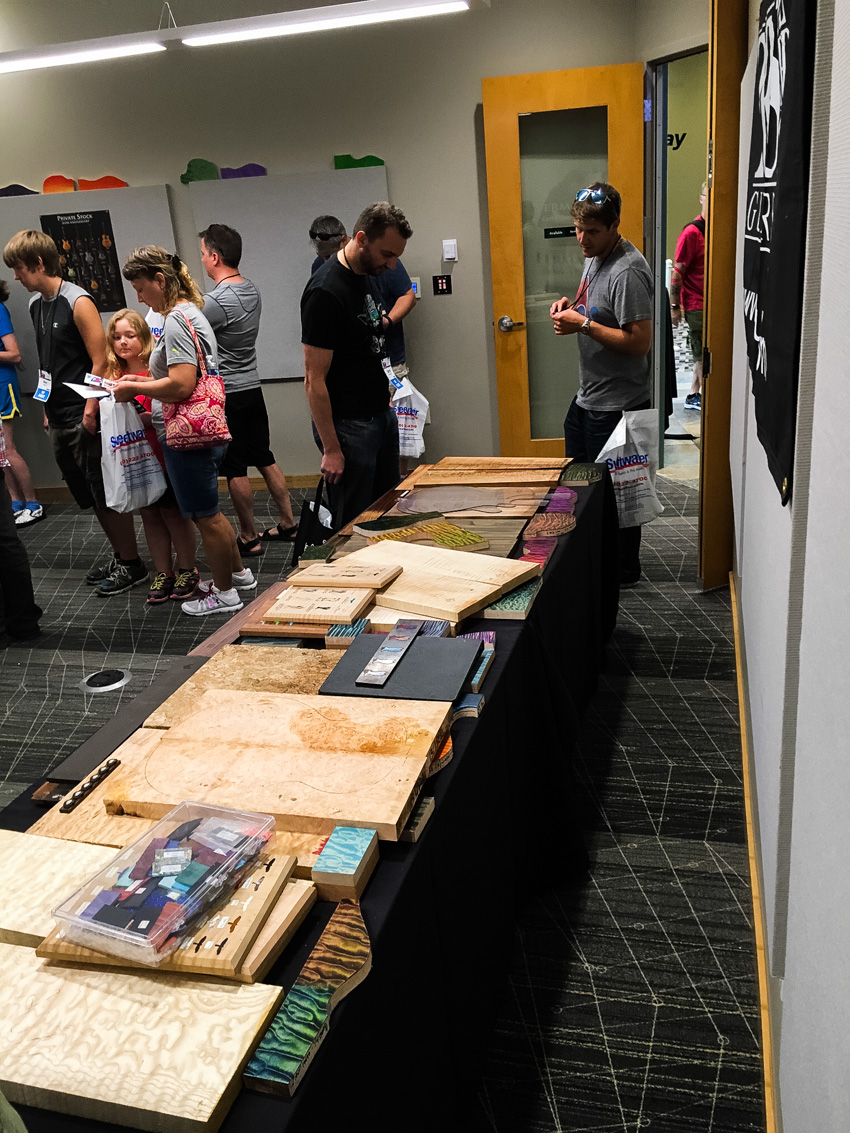 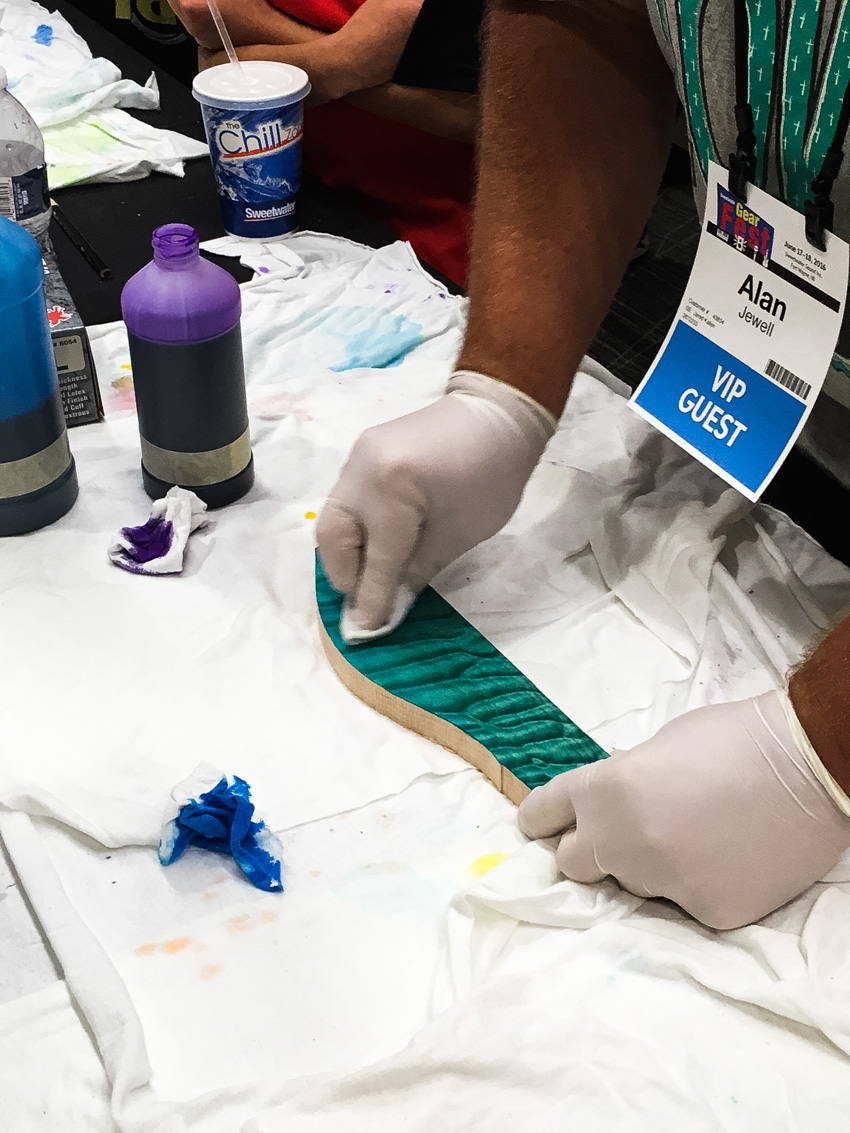 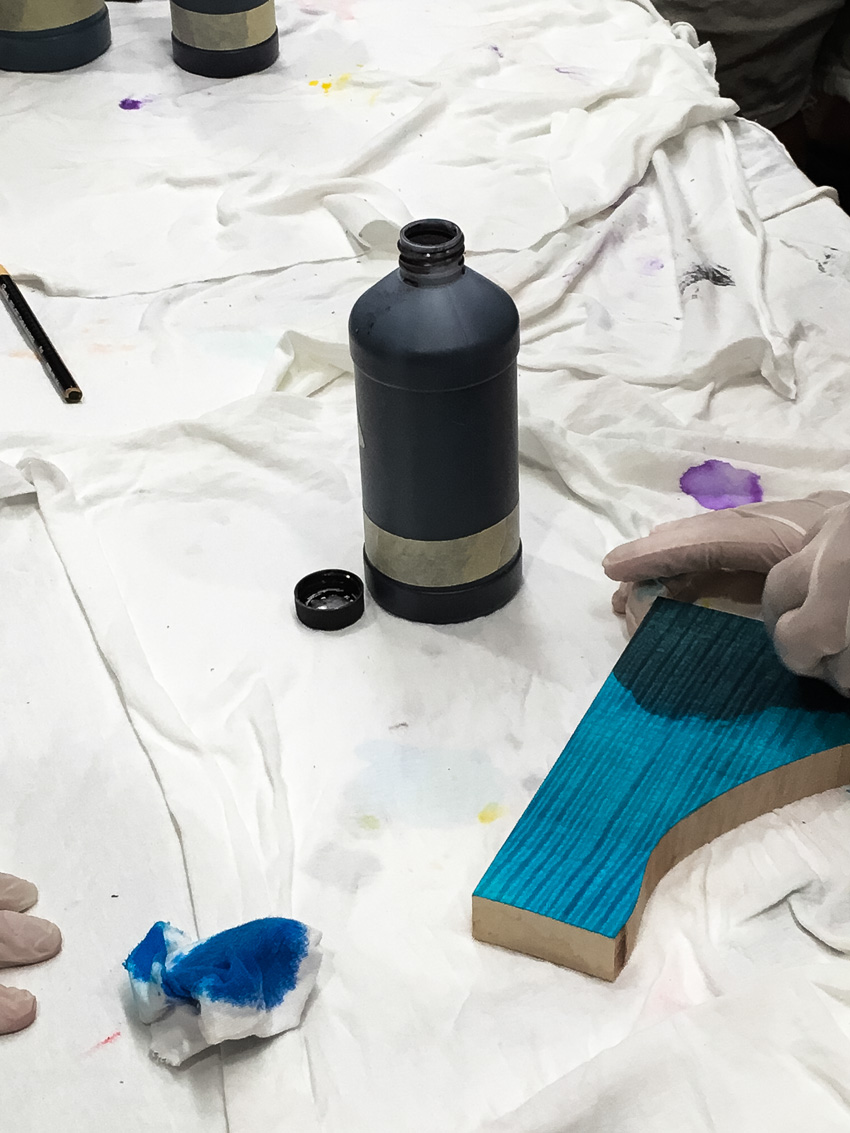 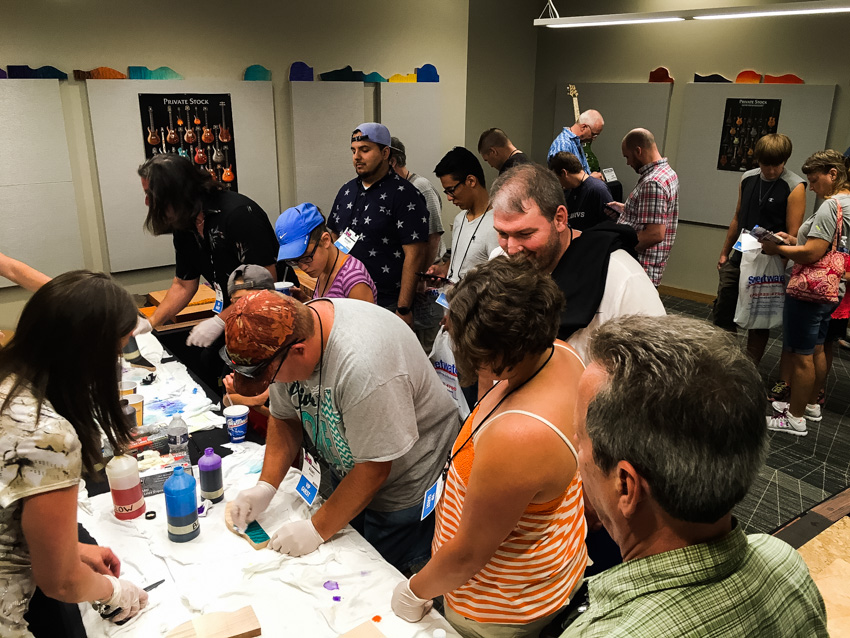