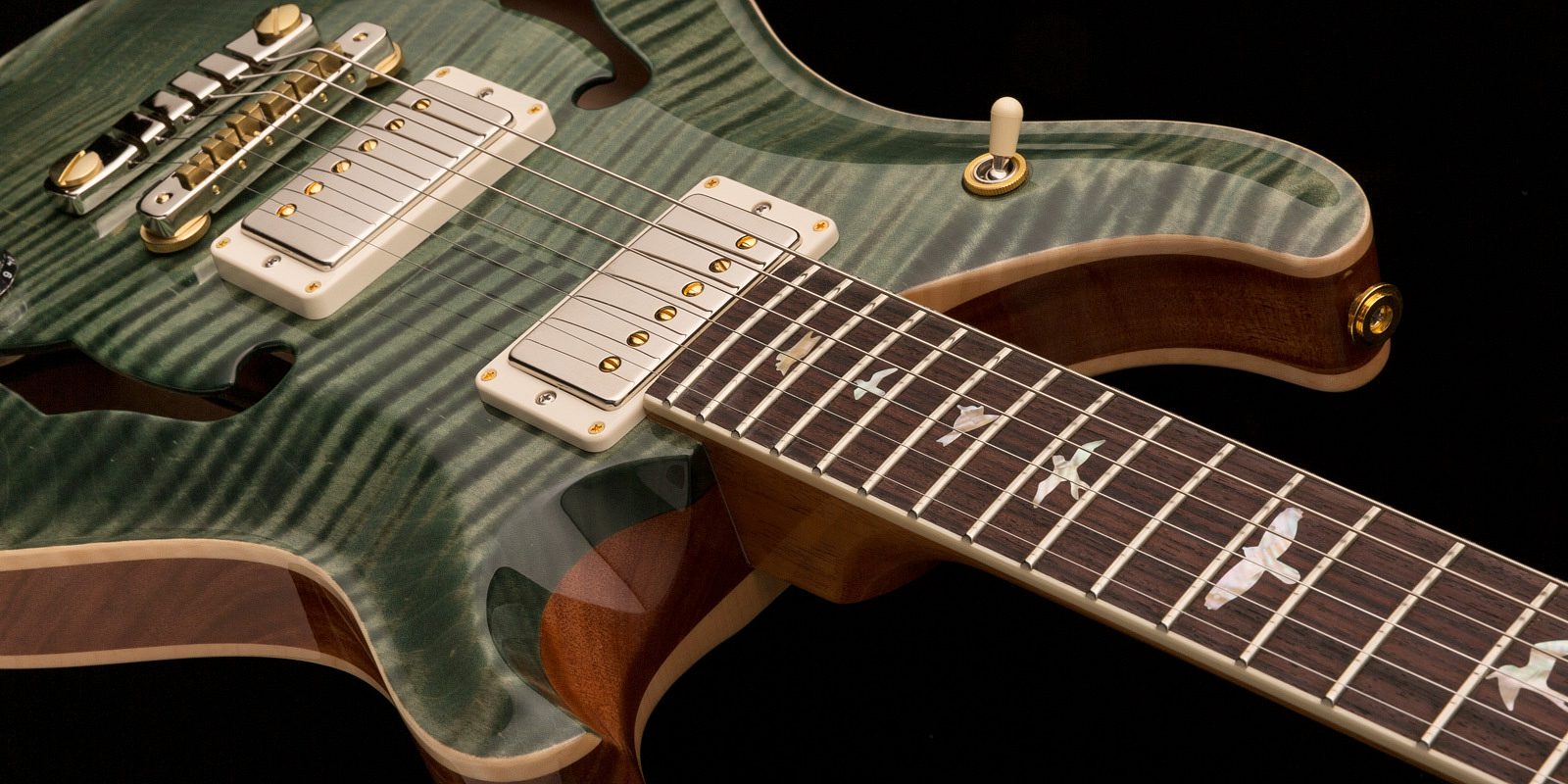 The McCarty 594 Hollowbody II brings a new set of features to one of our most beloved models: the Hollowbody II. With fully-hollow construction, the Hollowbody II is a resonant guitar with warm, woody tone. The details carried over from the McCarty 594 model impart vintage character to this already classic instrument. 58/15 LT pickups, which have now been through the TCI (tuned capacitance and inductance) process, ensure that these guitars are clear and musical while dual volume and push/pull tone controls offer plenty of versatility. The zinc two-piece bridge and vintage-style tuners anchor this guitar and stay true to the promise of the McCarty family. 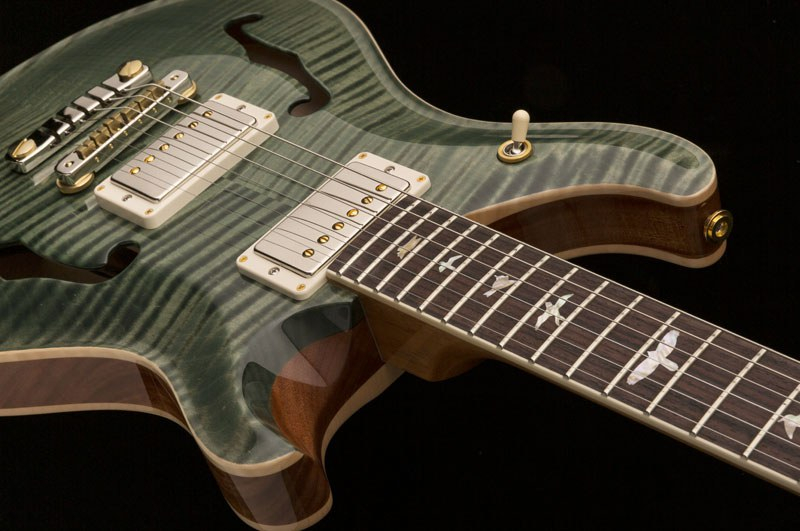 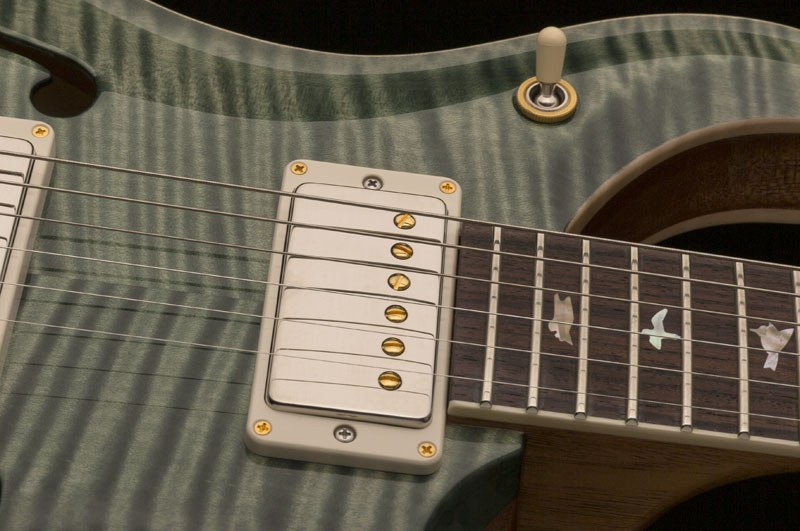 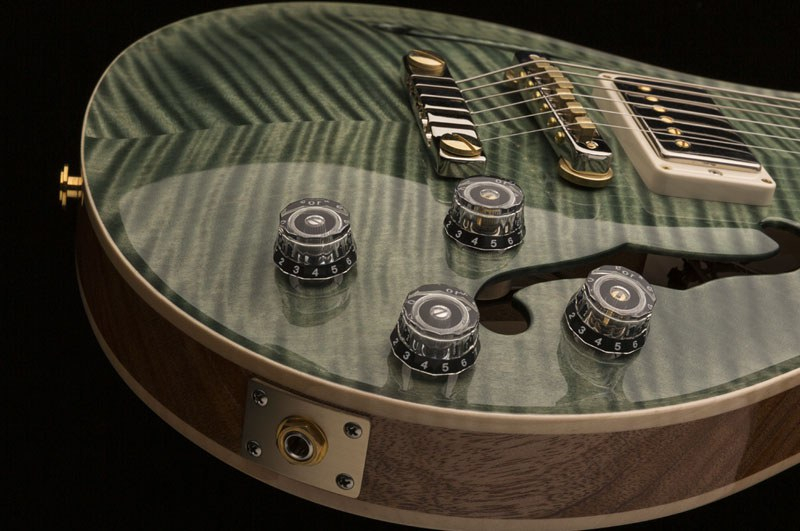 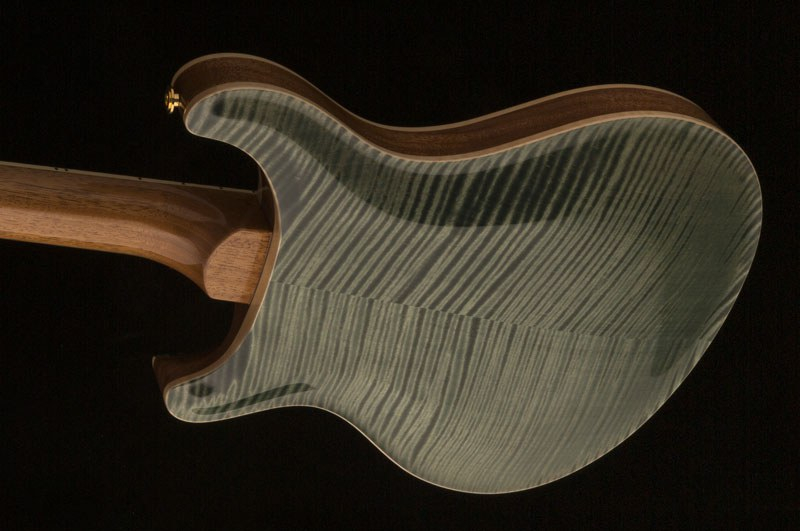 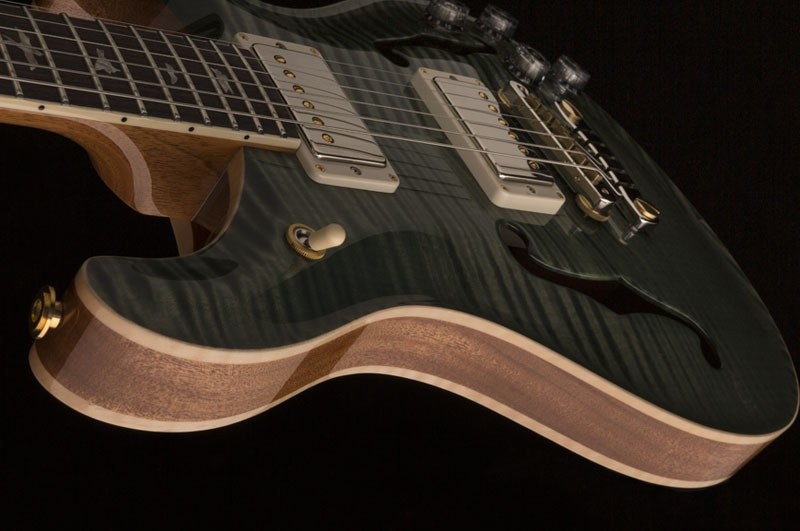 “All in all, the McCarty 594 Hollowbody II is an extremely good-looking, great-playing and excellent-sounding guitar, an achievement fully worthy of PRS’s place in the industry and an easy choice for our Editor’s Pick Award.”

“Playing this guitar was a genuinely rewarding experience. While a little different from my usual setup, most players won’t be disappointed with the playability straight out of the gate.”