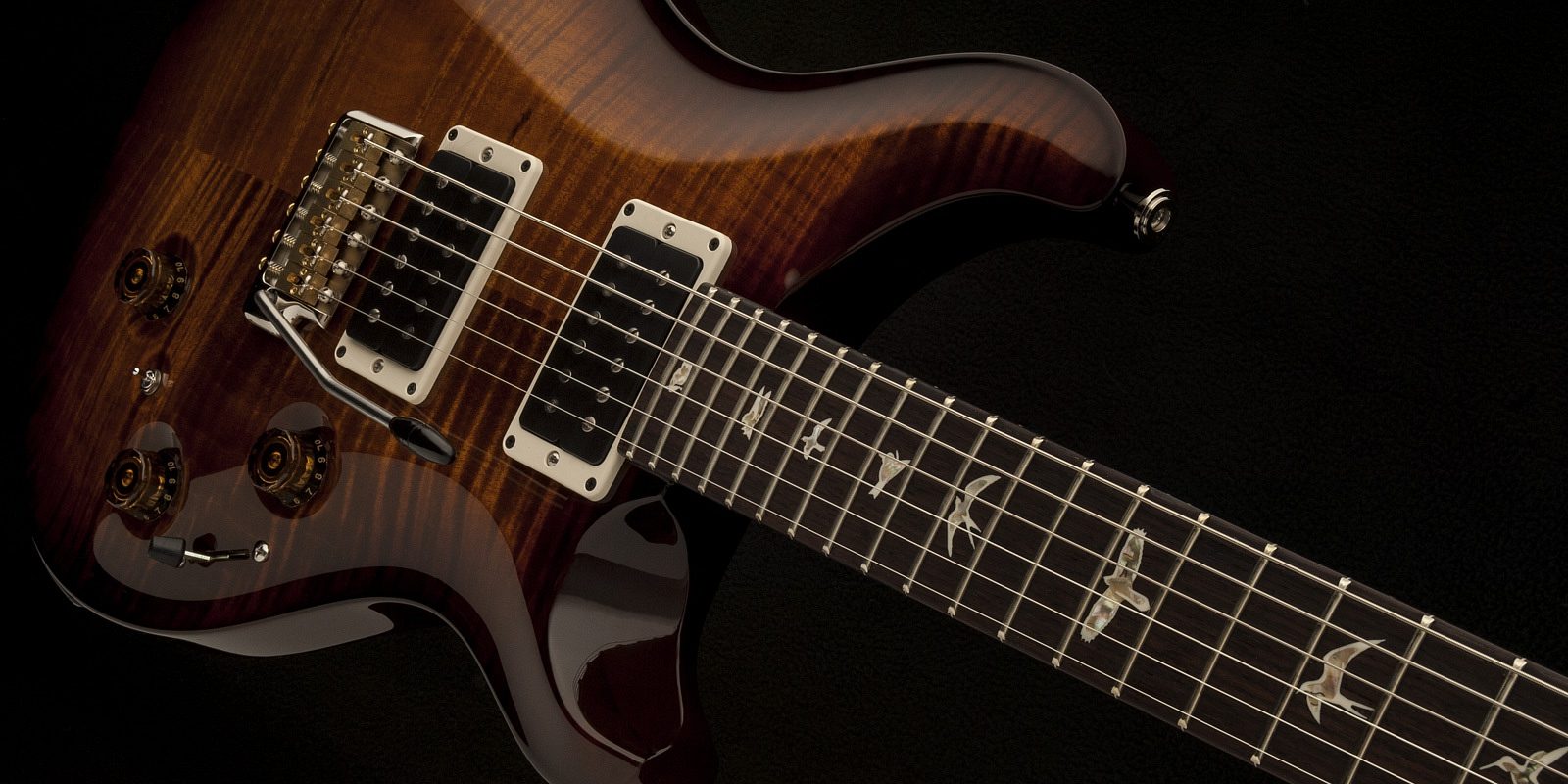 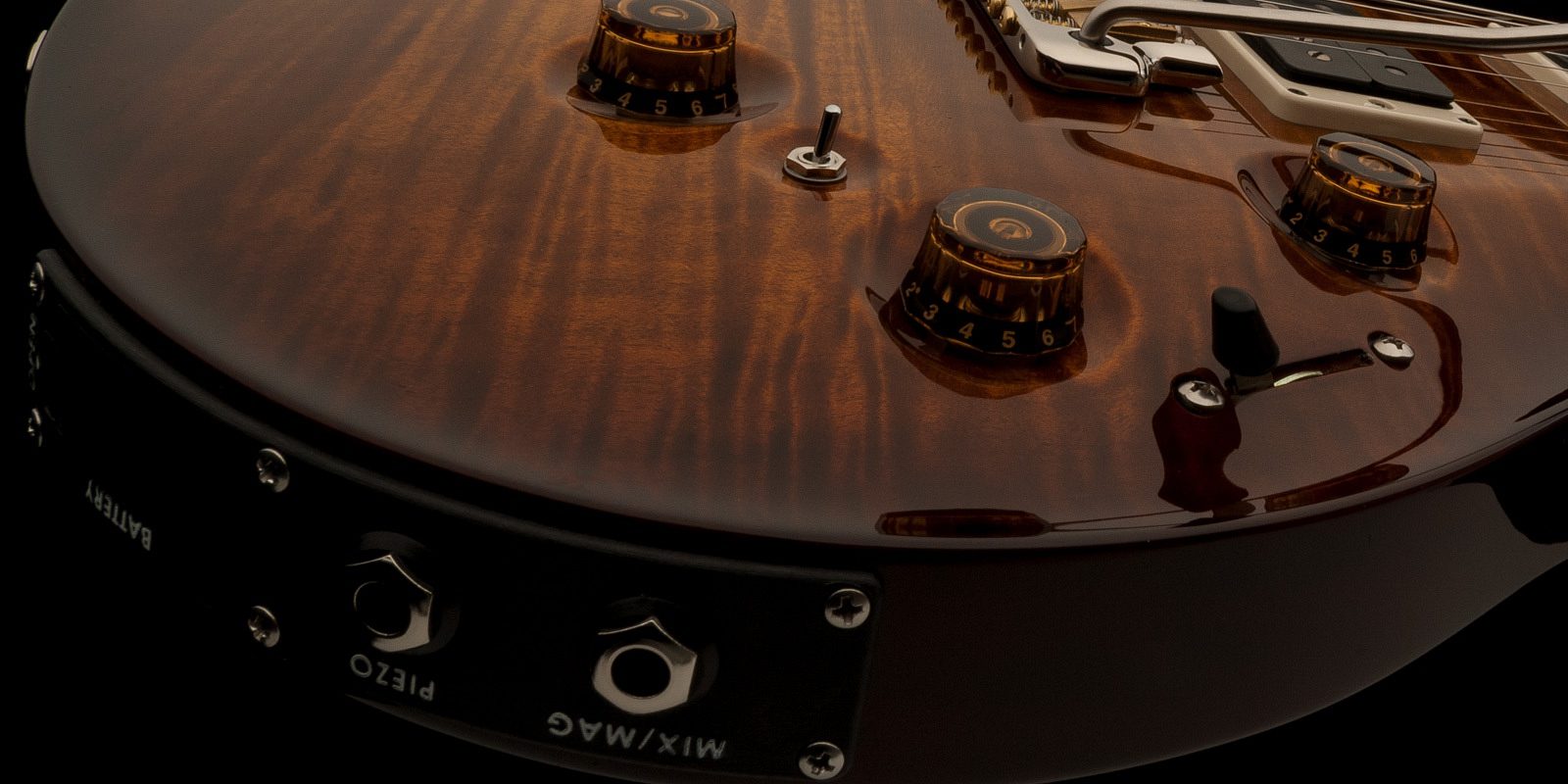 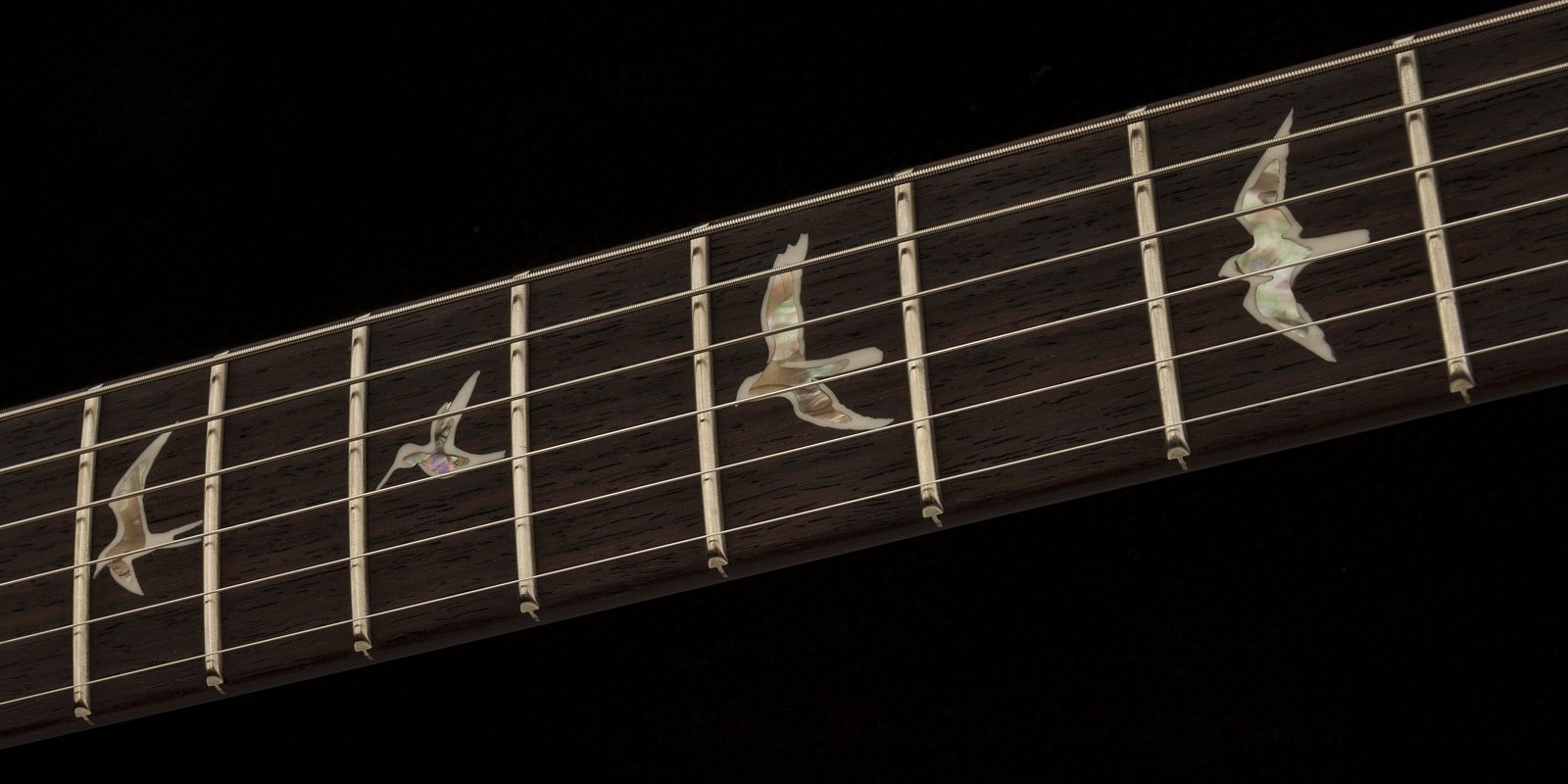 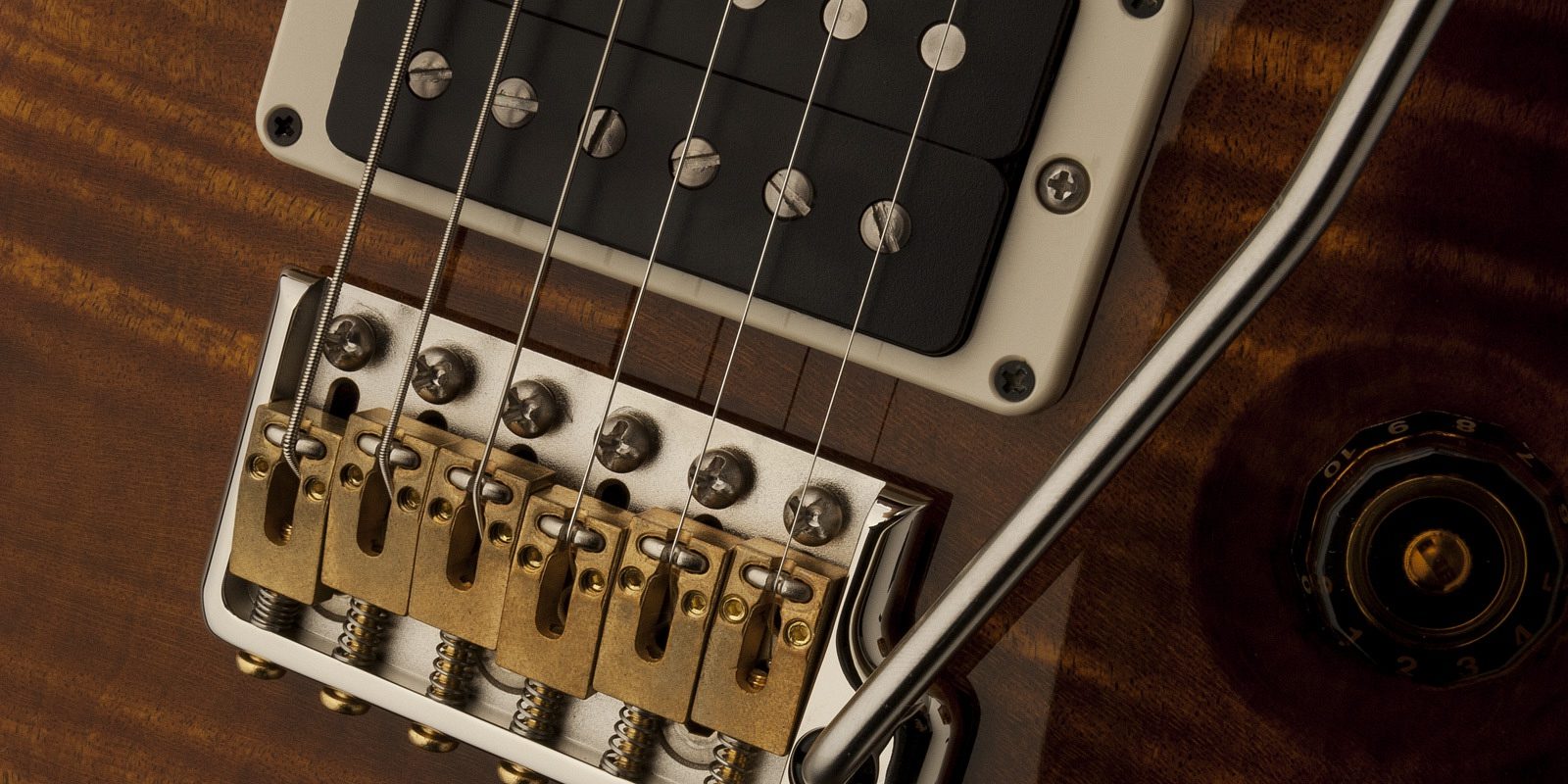 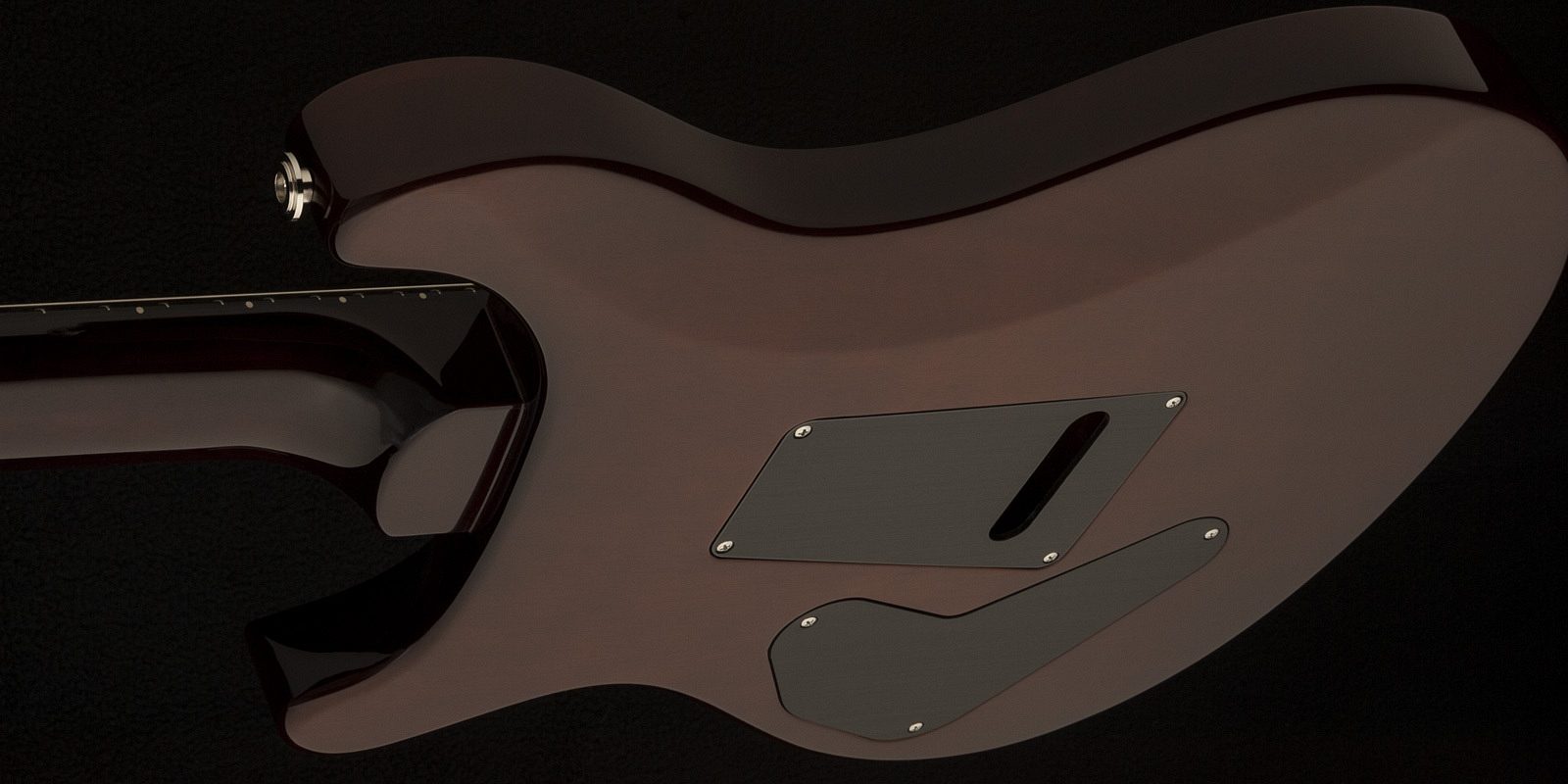 The Custom 24 Piezo is a 24-fret solidbody piezo-equipped guitar that effortlessly achieves classic humbucker tones and authentic acoustic sounds in one instrument. The added versatility of PRS’s patented tremolo gives musicians a new a unique tool to add to their lineup.

The Custom 24 Piezo has two output jacks, allowing guitarists to plug into their favorite electric or acoustic guitar amp or DI into a soundboard. By utilizing the separate blend control, the tone of the 85/15 pickups can also be combined with the piezo acoustic sounds through a single output. With a nearly infinite range of tones and the added versatility and reliability of PRS’s proprietary tremolo bridge, the Custom 24 Piezo is a perfect “go-to” guitar for players of all kinds.

"The Custom 24 Piezo is without a doubt the best and most versatile guitar I have ever owned. I play them every night live. The piezo system gives us that acoustic sound that we’ve been wanting for years. Our FOH soundman loves them and it makes us sound better without a doubt. I didn’t do any alterations to the specs either. It was perfect right out of the case.”