2015 has been a milestone year for our company! We celebrated our 30th Anniversary and commemorated it in style with a number of new guitar offerings. Below, let’s take a look back at the 30th Anniversary models we offered in the past year.

We introduced the 30th Anniversary SE Custom 24 as the pinnacle of value in the realm of budget-friendly workhorse guitars. With its wide variety of tones, addictive playability, and road-worthy durability, professional players and aspiring players feel right at home with this classic instrument in their hands.

The S2 30th Anniversary Custom 24 celebrates a unique blend of history and innovation. After introducing the S2 series in 2013, the line’s popularity has skyrocketed. The S2 30th Anniversary Custom 24 takes traditional appointments including a 24-fret, 25” scale length mahogany neck, mahogany back, and maple top, and updates this classic instrument with a flat-facing beveled top that provides a big, resonant voice.

The 30th Anniversary Custom 24 is specially appointed with a unique inlay pattern and commemorative truss rod cover to celebrate 30 years of PRS Guitars and the Custom 24 model. In addition to the specifications that have remained unchanged on the Custom 24 since its inception (the woods, scale length…), this 30th Anniversary edition features the new 85/15 treble and bass pickups. Designed personally by Paul Reed Smith in conjunction with the new 58/15 pickups for PRS’s 30th Anniversary year, 85/15’s are uncovered pickups with remarkable clarity and extended high and low end perfect for more modern applications.

PRIVATE STOCK 30TH ANNIVERSARY CUSTOM 24
A Nod To The Past 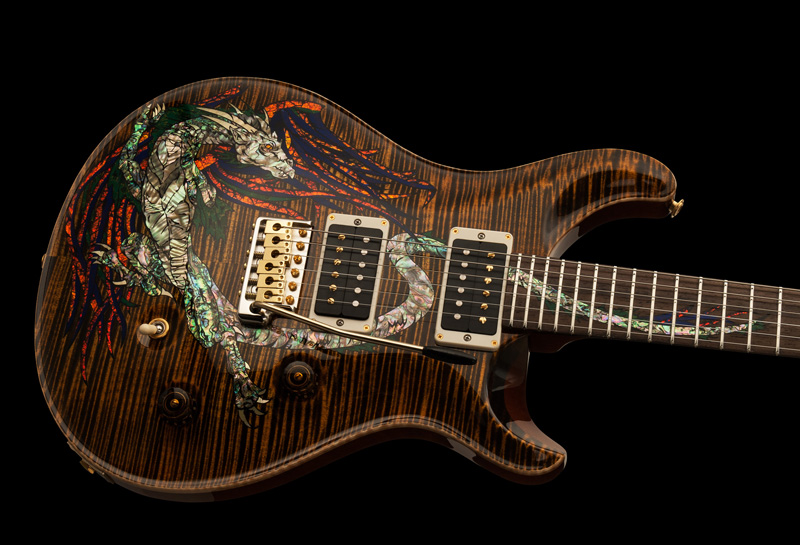 The Private Stock 30th Anniversary Dragon is the eighth in the Dragon series and the first Dragon model built by the Private Stock team. The extraordinary Private Stock grade tone woods were hand selected for this very limited series and include a curly maple top, African ribbon mahogany back, and mahogany neck with a 24 fret Madagascar rosewood fingerboard.

The visual star of the guitar is the elaborate, fantastical dragon inlay designed by Jeff Easley, a fantasy artist famous for some of Dungeons & Dragons rulebook covers. PRS Guitars engaged Aulson Inlay, to deconstruct Easley’s artwork and recreate it into several distinctive sections that have been embedded into the body of the guitar and conclude with the dragon’s tail whipping up the fretboard. The finished product includes more than 285 parts fashioned from a wide array of inlay materials including most prominently: jade, azurite, lapis, pyrite, abalone, and mother of pearl. 30th Anniversary Dragons are available in two PRS high-gloss colors: Tiger’s Eye and Nightshade.

With a limited run of only 40 pieces, the Private Stock 30th Anniversary Dragon is exclusive and extraordinary. 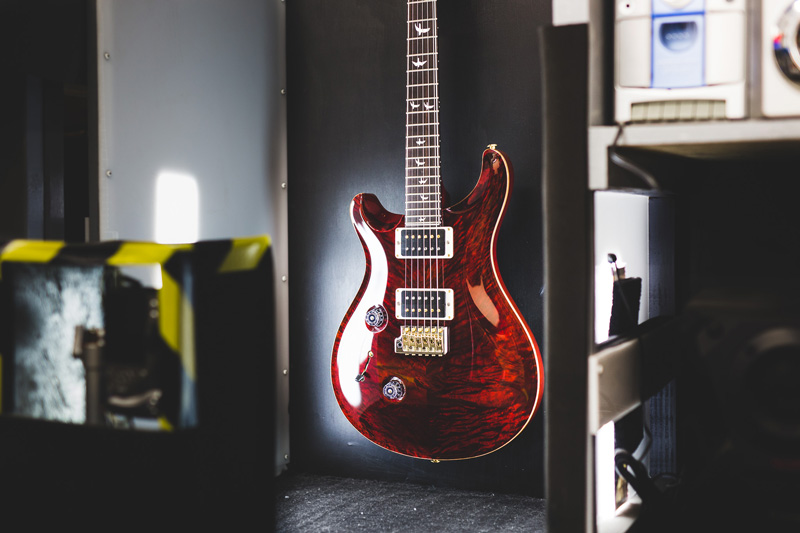 Every once in a while, a small batch of left-handed guitars are run through our production line here in Stevensville, Maryland.