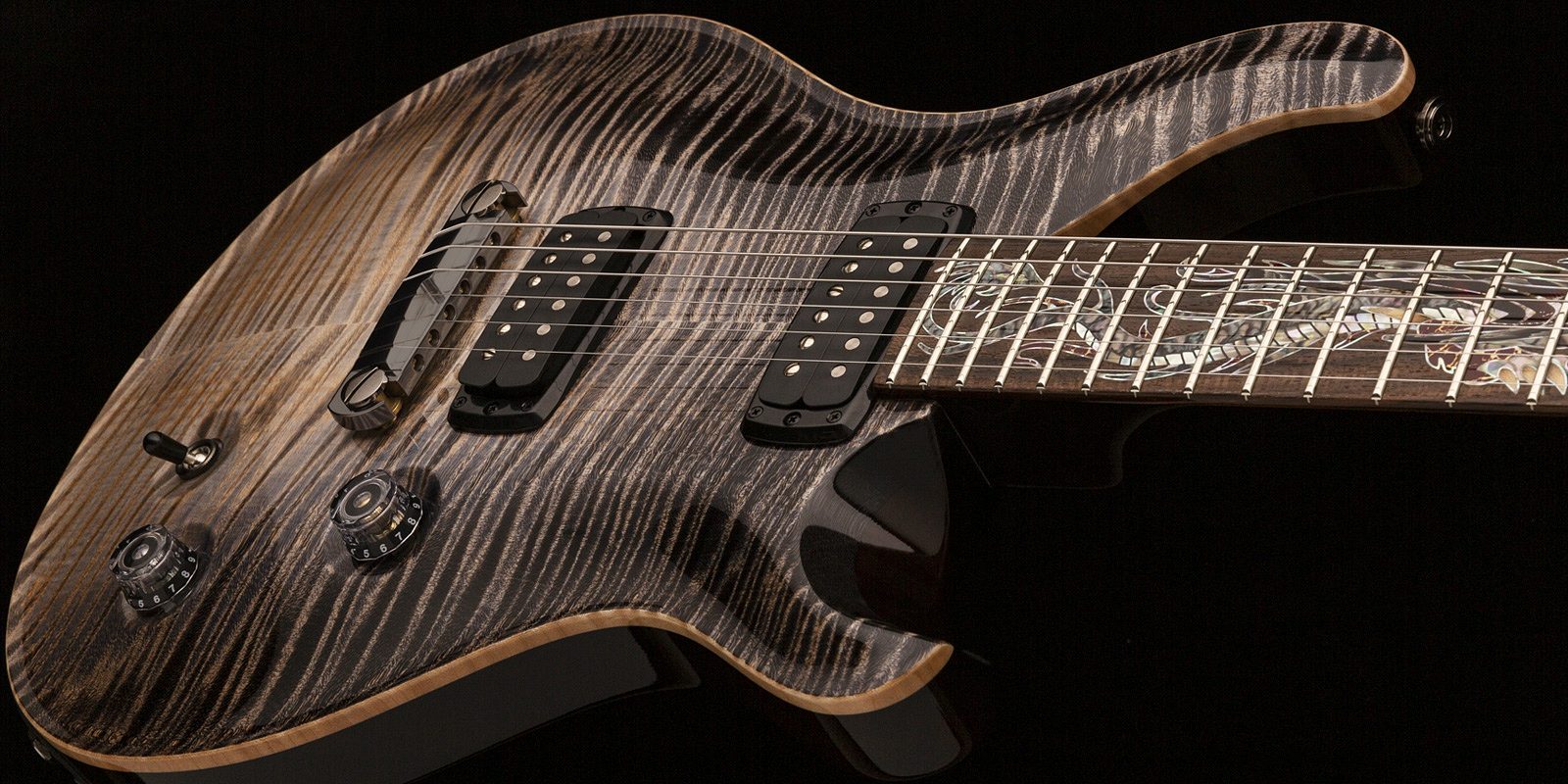 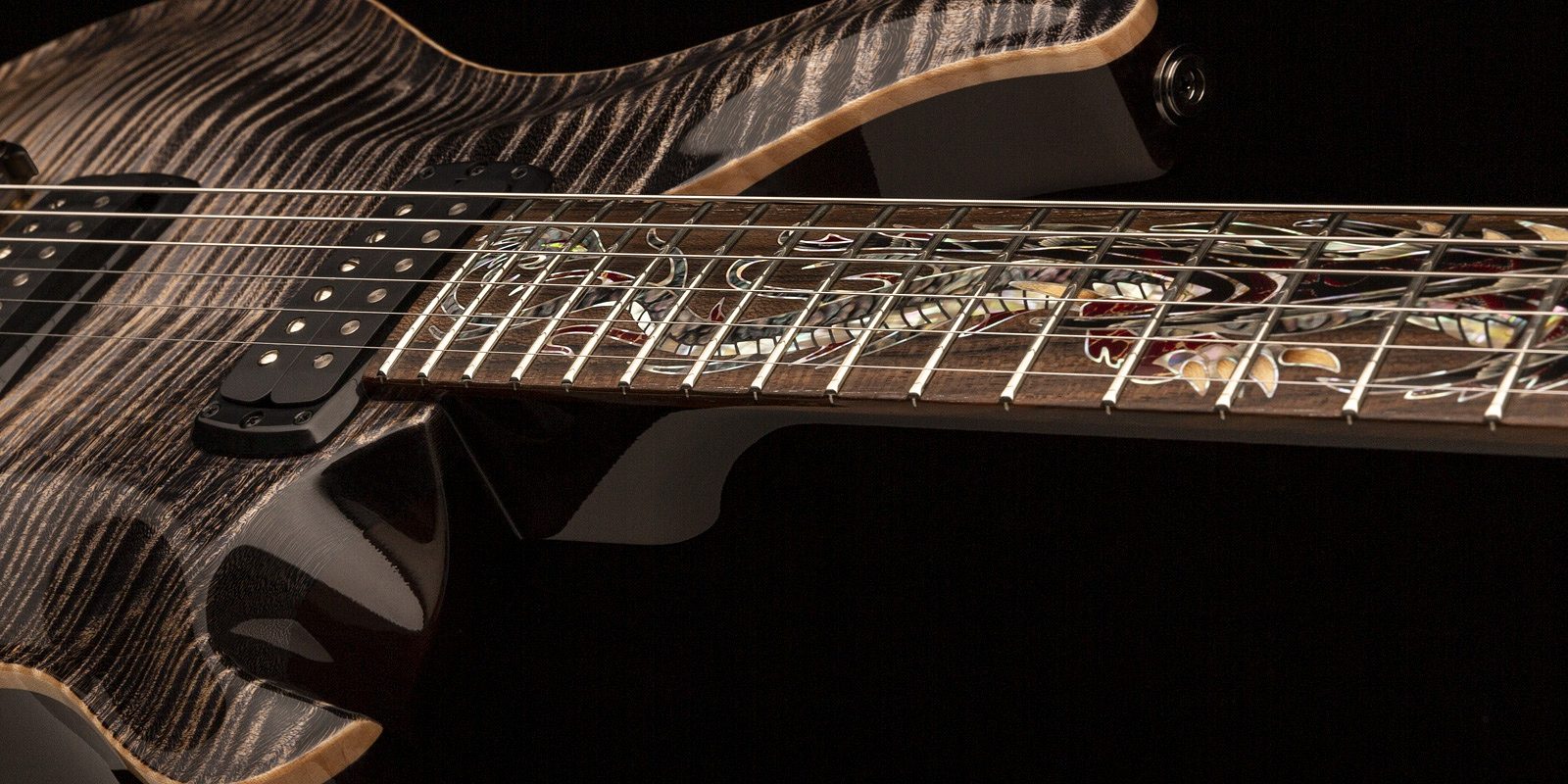 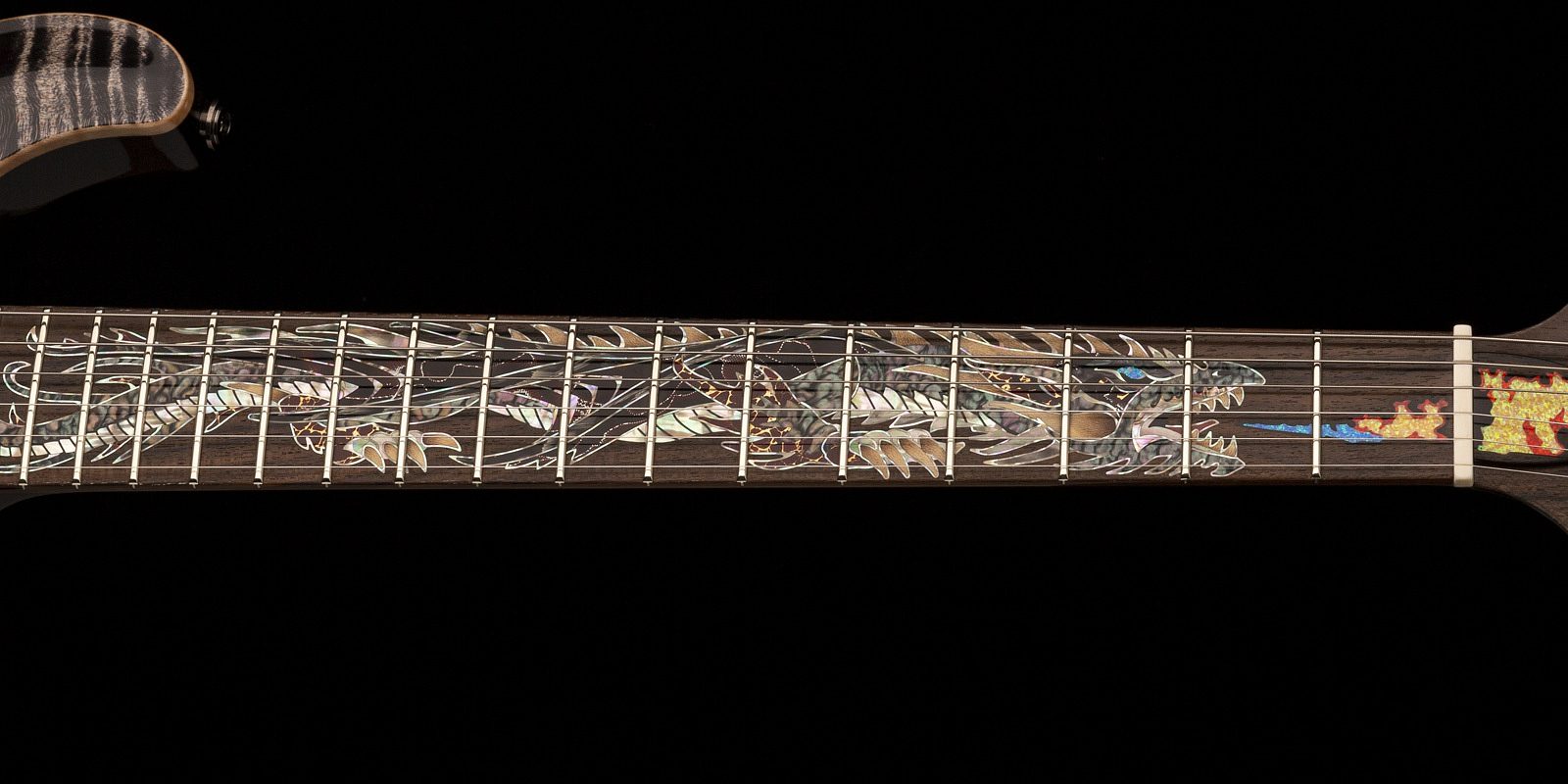 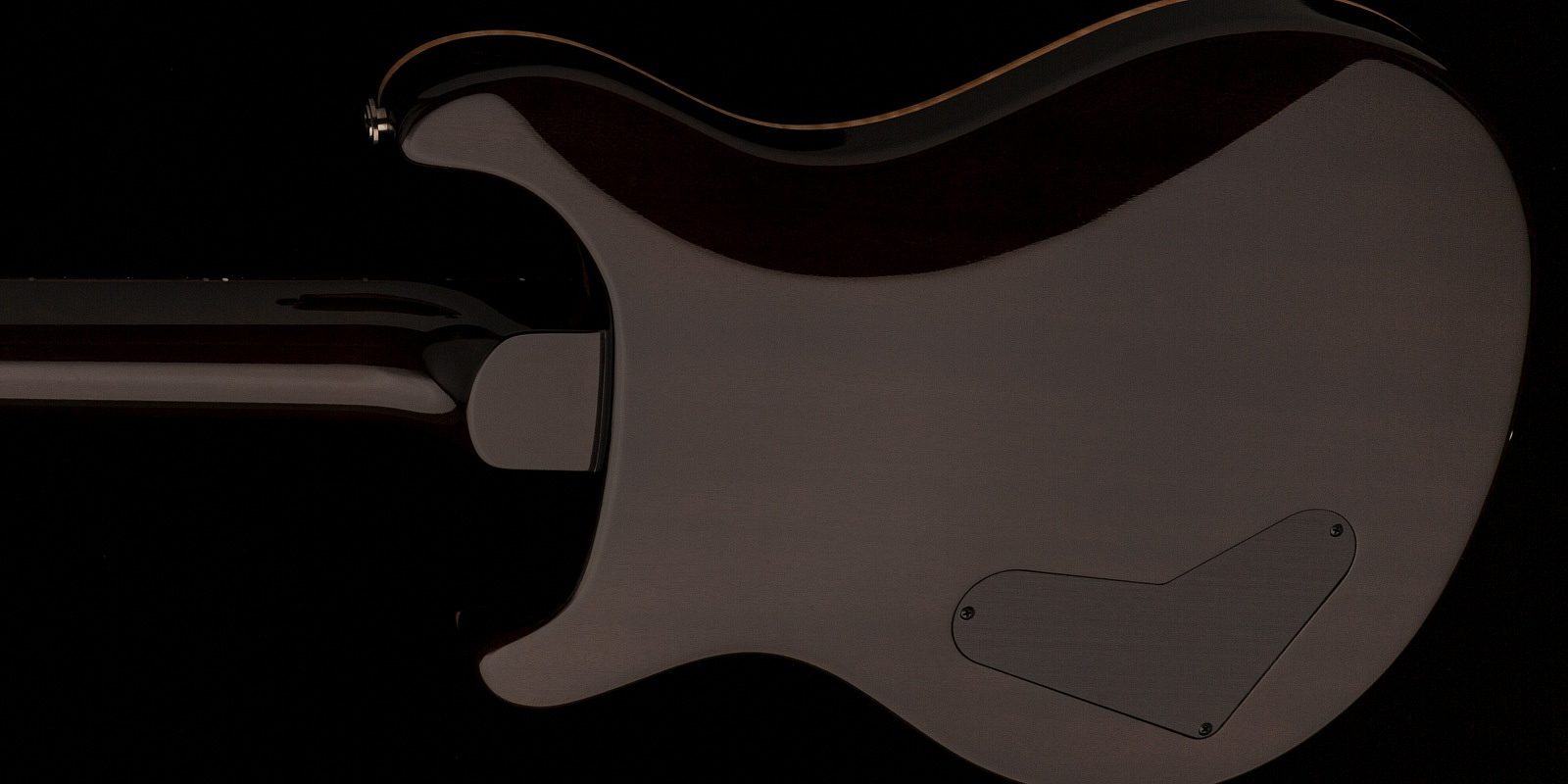 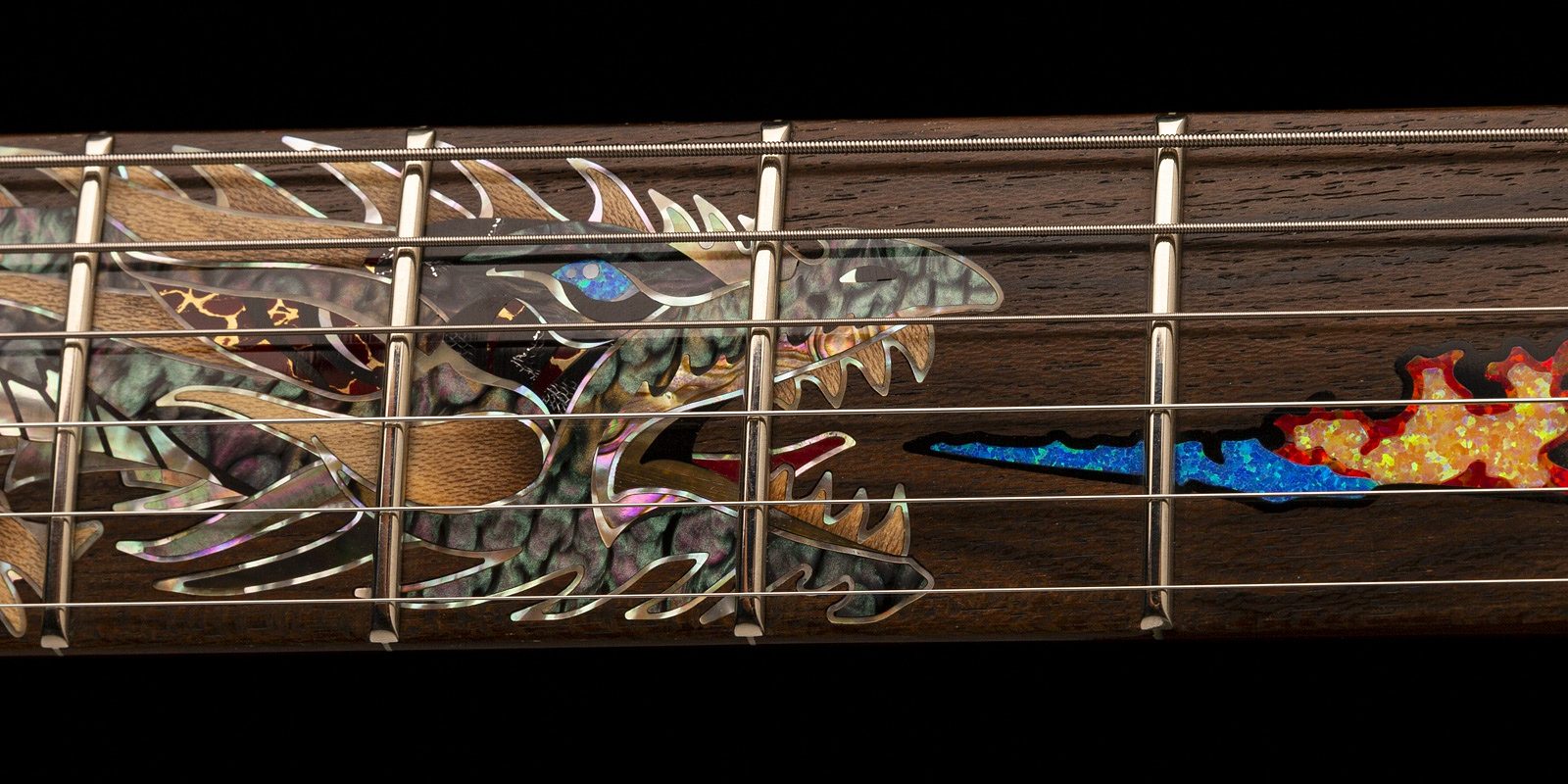 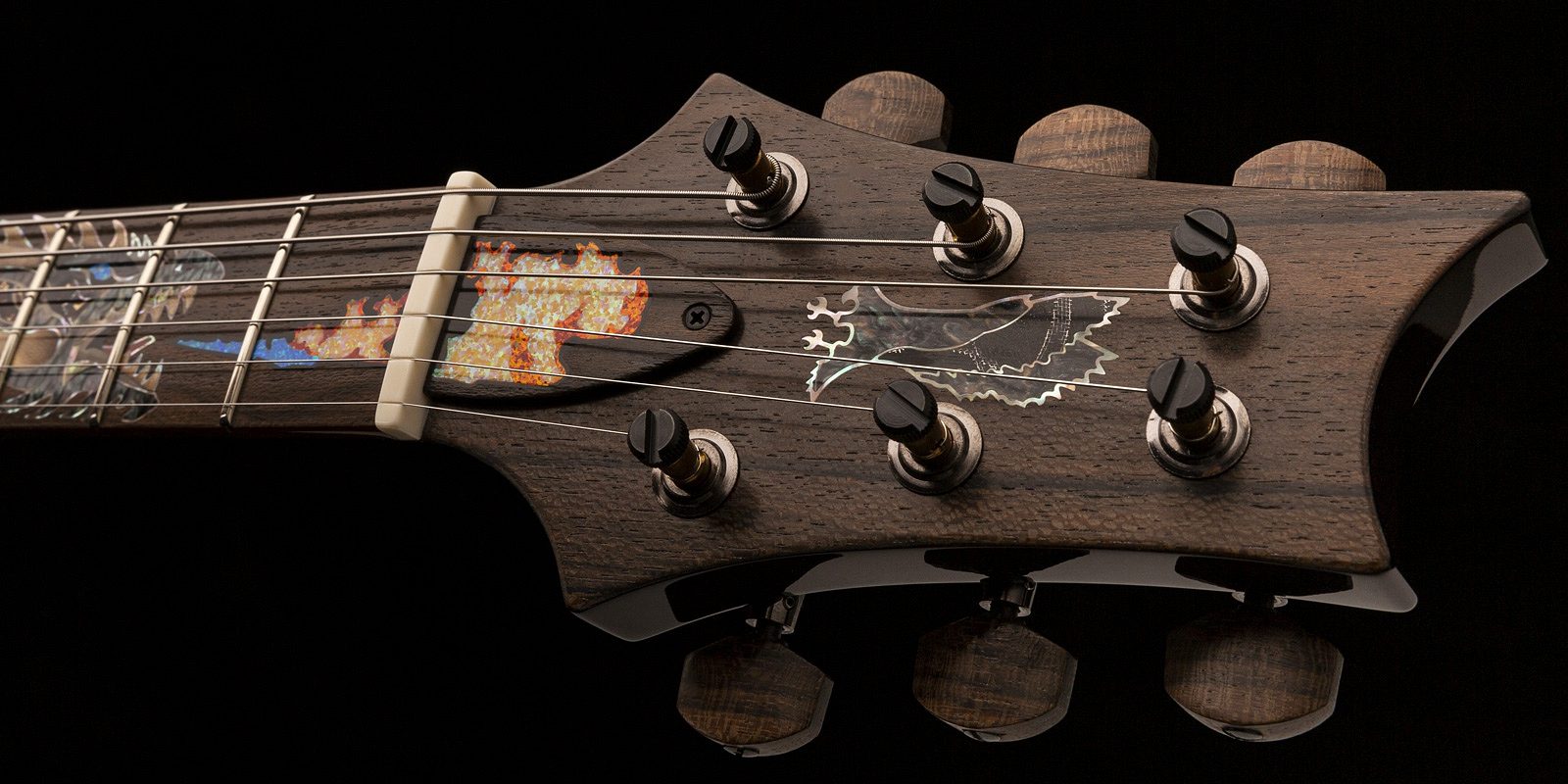 Paul Reed Smith Dragon model guitars are among the most coveted PRS models ever developed. PRS is proud to celebrate this historic model in honor of PRS Guitars’ 35th anniversary in 2020.

“When I was a teenager, I had a dream about a guitar with a dragon inlaid down the neck, and in 1992, I was able to realize that dream for the first time. It has become an important part of our history to celebrate the technology that allows us to create these intricate inlays and the idea that dreams can become reality. I really like this new 35th Anniversary Dragon.” – Paul Reed Smith

The visual star of the guitar is the elaborate, fantastical dragon inlay designed by Jeff Easley, a fantasy artist famous for some of Dungeons & Dragons rulebook covers. PRS Guitars engaged Aulson Inlay, to deconstruct Easley’s artwork and recreate it into several distinctive sections that have been embedded into the fretboard of the guitar and conclude with the dragon’s breath of fire extending onto the truss rod cover. The finished inlay is fashioned from a wide array of materials including: Green Ripple Abalone, Green Abalone Select, Black Mother of Pearl, Stabilized Sand-Shaded Holly, Red with Gold Vein Recon Stone, Raffir Stripes Black, Black and Red Raffir Aluminum Wave, Abaloid Acrylic, Nocturne Corian, as well as Blue Pacific, Citrine, and Flame Synthetic Opal.

The 35th Anniversary Dragon is based off of the PRS McCarty model, featuring a thicker back, PRS Stoptail bridge, and a classic volume, push/pull tone control, and 3-way toggle electronics layout, but with TCI model pickups from the Paul’s Guitar and PRS Tweaked Phase III Locking Tuners for a unique balance of vintage and modern specifications. The extraordinary Private Stock grade tone woods were hand selected for this limited series and include a curly maple top, African ribbon mahogany back, and a chaltecoco Pattern neck with a 25” scale length, 22 fret ziricote fingerboard.

“Looking at the final 35th Anniversary Dragon, I am incredibly proud. This guitar is PRS through and through from designing the fingerboard to deciding what pickups to put in it. I think it’s one of our most elegant Dragons yet.” – Paul Miles

The Private Stock 35th Anniversary Dragon will be limited to 135 pieces worldwide. Shipping between February and June 2020.