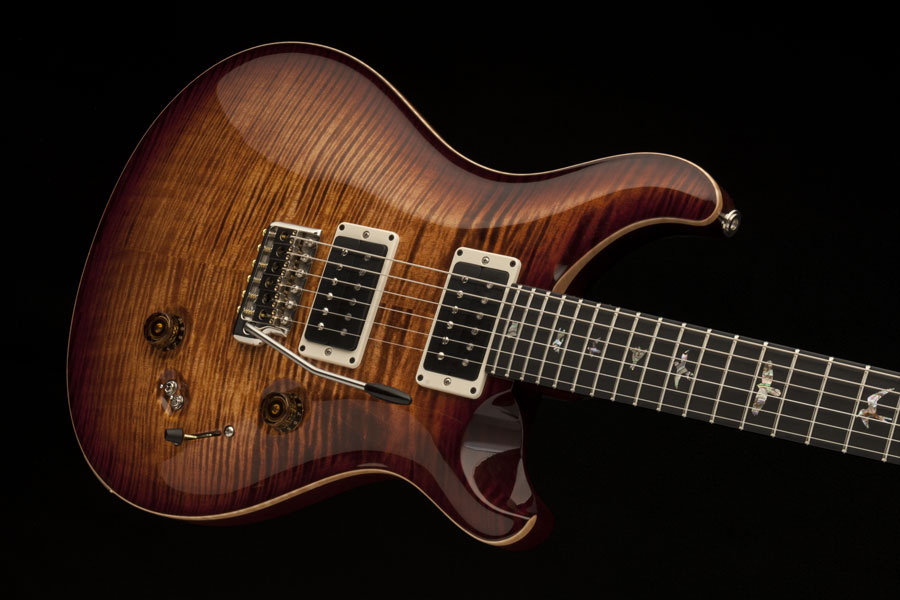 Specially appointed to commemorate the 2016 Experience PRS event, the Experience PRS 2016 Custom 24-08 adds a new control layout to the company’s most classic model. The Custom 24 first officially debuted at PRS Guitars’ first NAMM show in 1985 and has been played by internationally touring artists, gigging musicians, and aspiring players ever since.

“As you might guess, we gather for a “listening test” for each new instrument. My team can attest to my enthusiasm after the Custom 24-08 test. I like how usable all of the pickup settings sound, but I love the crisp clarity of the single coil mode. There is something about the recipe of pickups, switching, and the guitar itself that really stands out,” said Jack Higginbotham, President, PRS Guitars.

This is the eighth Experience PRS event held by the company at their Stevensville, Maryland headquarters. With just under 800 people in attendance its first year, Experience PRS is expected to draw nearly 3,000 guitar and music aficionados in 2016. The two-day event is free and open to the public with advanced registration (a door charge applies for “day-of” walkups) and includes several concert performances, factory tours, interactive areas to play PRS gear on and off stage, interactive staining exhibits, as well as a charity prize wheel benefiting Johns Hopkins Kimmel Cancer Center (Baltimore, Maryland) and guitar and accessory sales opportunities. Artists performing at this year’s event include: the Boscoe France Band, Black Stone Cherry, John Hiatt, and Living Colour, as well as The Paul Reed Smith Band with special guests, Lovebettie, RDGLDGRN, The Kelly Bell Band, Hot Tub Limo, David Grissom, Emil Werstler, and Simon McBride.