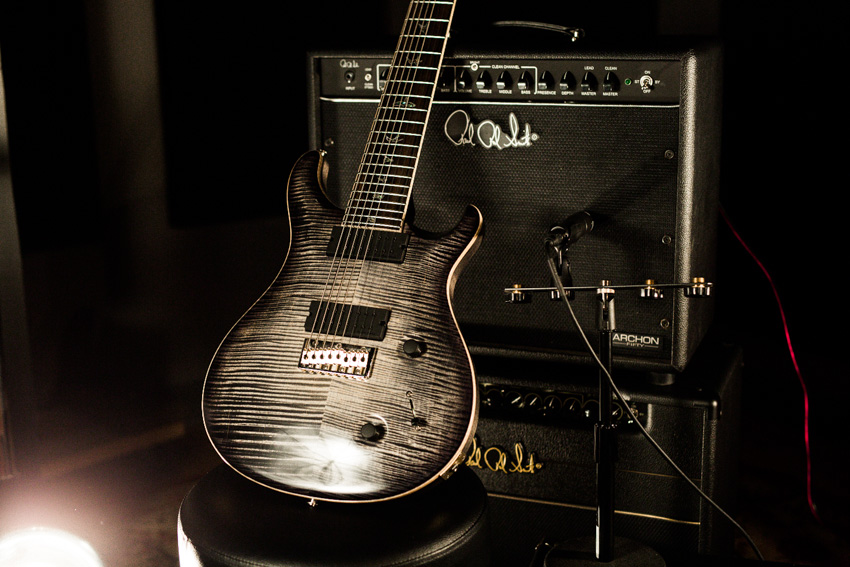 PRS Guitars is celebrating the 20th Anniversary of Private Stock with a revival of the program that started it all: Guitars of the Month. Each month in 2016, the Private Stock team will be offering a unique design in limited numbers that will highlight the fine craftsmanship and remarkable playability that the Private Stock team is known for while utilizing some of the most deluxe materials available. For August, PRS is introducing the Custom 24 8-String model. Inspired by an 8-String designed with Periphery’s Mark Holcomb, these instruments allow players’ creativity to take over with no limitations. Thanks to their extended range, 8-string guitars inspire new technique and unorthodox compositions that can work with any musical style. The inclusion of Holcomb’s signature Seymour Duncan Alpha and Omega pickups offer a snarling and aggressive tone that is also glassy and articulate.

The Custom 24 8-String model celebrates more. More registers available; more chord options; more tonal range. The models will be finished in Frostbite Glow and ship tuned to F#, B, E, A, D, G, B, E. Only eight of these instruments will be made for August 2016, commemorating Private Stock’s 20th Anniversary.

“When we were building Mark Holcomb’s 8-string model, the Private Stock team knew it was something special that we wanted to explore in The Guitars of the Month program” stated Paul Miles, PRS Director of Private Stock. “With each Guitar of the Month model, we celebrate our 20th Anniversary of Private Stock by exploring new designs and exceptional materials. The results are heirloom quality instruments that play as great as they sound.”

To learn more about this guitar and the 20th Anniversary Guitars of the Month program including a list of dealers and distributors that offer PRS Private Stock instruments, click here!