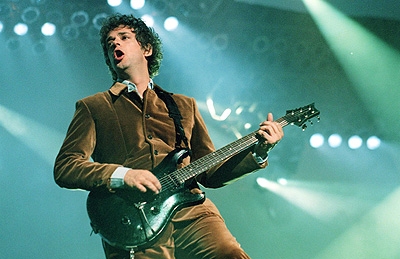 Gustavo Cerati, one of Latin America’s most celebrated musicians passed away on Thursday, September 04, 2014.

The 55-year old rocker was the former lead singer of Soda Stereo, one of the most influential rock groups in Latin America in the 1980s and 1990s. Soda Stereo announced their dissolution in 1997, offering a farewell tour through Mexico, Venezuela, Chile and Argentina. Gustavo went on to launch his solo career and won five Grammy awards and several Latin America MTV awards during his three-decade career.

Gustavo Cerati has been a long time endorser of PRS guitars and was often seen playing his multi-foil Custom 24 on stages across the nation. Gustavo will be missed by all of us and our condolences go out to his family, friends and industry peers.