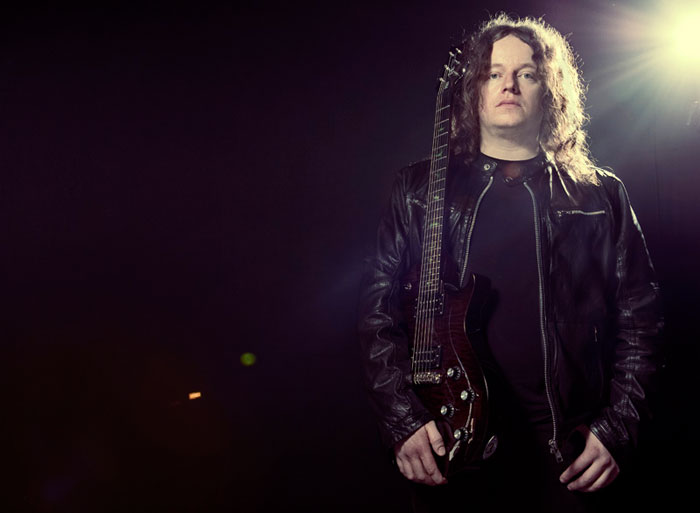 The SE Fredrik Åkesson also comes standard with a volume and tone control for each pickup and a 3-way toggle on the upper bout, but this traditional configuration is “inverted” with the treble controls in front of the bass controls to mirror Åkesson’s preferred setup, which allows easy access to the bridge pickup controls.

Veteran of the bands Talisman, Krux, and Arch Enemy, Åkesson has been described by Opeth’s frontman Mikael Åkerfeldt (also an SE signature artist) as, “an old-school shredder.” This background along with Åkesson’s knowledge of theory and scales has allowed him to reinforce Opeth’s trademark sound with fast riffs and virtuoso playing.

“I’ve always been impressed by PRS’s high quality and am used to the short scale length…so this is a perfect guitar for me,” said Fredrik Åkesson.