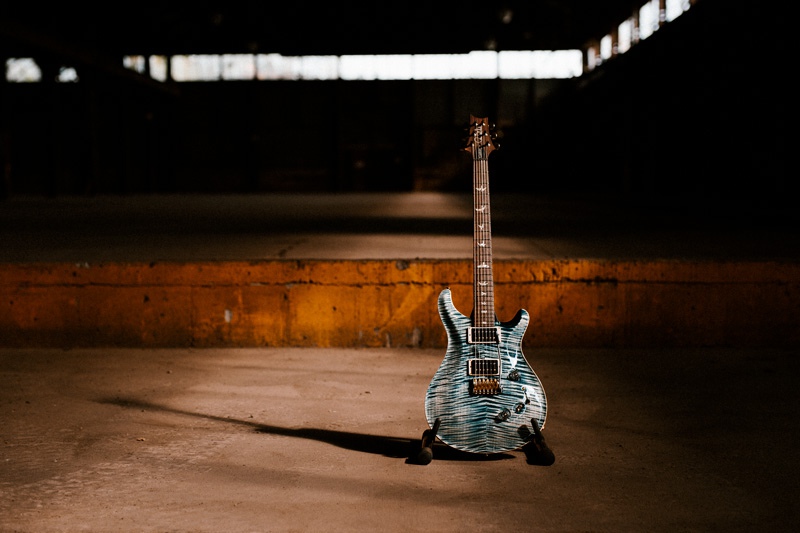 The Custom 24 is the quintessential PRS guitar, the iconic instrument that helped start the company in 1985, and has been played by internationally touring artists, gigging musicians, and aspiring players ever since. For 2018, PRS is adding a new model based on that platform: the Custom 24-08.

A marriage of the Custom 24 and PRS 408 models, the Custom 24-08 keeps all the same foundational specifications as the original Custom – maple top, mahogany back and neck, 24 frets, 25” scale length, the PRS patented Gen III tremolo, and dual 85/15 humbuckers – but adds a new level of versatility with its simple switching system. The Custom 24-08 features a 3-way blade switch and two mini-toggle coil split switches. This intuitive switching system, as featured on the PRS 408 model, allows for eight distinct pickup combinations. The 85/15 Multi-Tap pickups, paired with this control layout, provide a full array of humbucker tones and single-coil sounds unlike any other PRS, including a dual single coil option.

“Getting eight musical and highly usable pickup settings in one guitar is not a small task. From the fullness of the humbuckers to the crisp clarity of the single coils and all the in between sounds, the Custom 24-08 captures a full range of uncompromised tone,” said Paul Reed Smith. “We have learned a lot about pickups through the years, and there is something about the recipe of this guitar that really stands out.”

By adding this new control layout to the company’s most classic model, PRS Guitars has created an incredibly versatile, intuitive, and toneful instrument with classic PRS playability, and reliability. For more information, including complete specifications, images, and video, please visit: www.prsguitars.com/Custom2408.