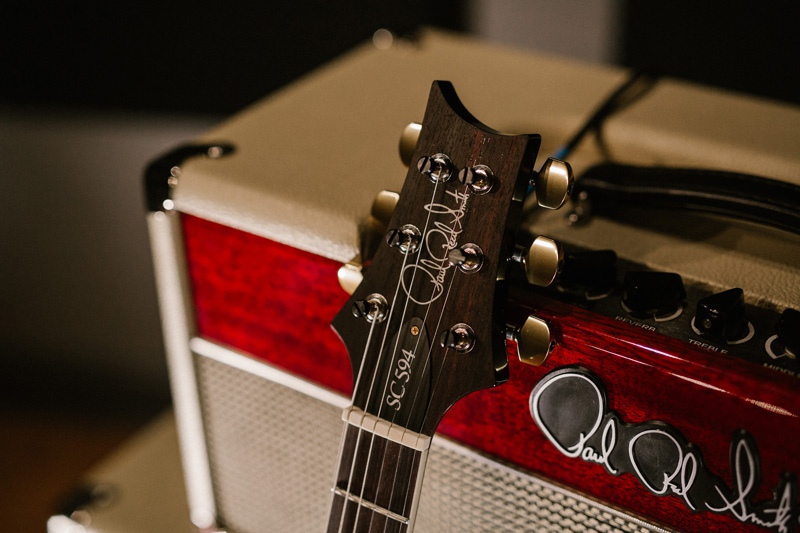 With endorsements from artists like John Mayer, John Wesley Dearth, and Jimmy Herring, the McCarty 594 saw a great reception in 2016. For 2017, PRS has introduced a single-cutaway version of the 594 as both the November Private Stock Guitar of the Month and a new Core model.

The 594-named McCarty models have been meticulously spec’d with a 24.594” scale length (hence the name), Pattern Vintage neck carve, 58/15 LT pickups, tweaked Phase III tuners with modified collars and set screws, and two-piece zinc bridges. This attention to detail and modern manufacturing techniques combine to deliver vintage tone and feel with superior playability. Here is what some artists have been saying about the 594:

“To hear that old PAF sound but be able to articulate the notes in a way that only modern manufacturing could allow is so exciting,” said John Mayer.

“It’s kinda freaking me out a bit. Causing me to re-think my touring set...I am a bit stunned. The 594 sounded like a good concept on paper, but, just wow. This is killer,” reacted John Wesley Dearth (Porcupine Tree).

The addition of the McCarty Singlecut 594 will be sure to turn some more heads.

Like many models that now make up the Core, S2, and SE product lines, the McCarty 594 began in PRS’s Private Stock department. Private Stock, headed up by Paul Reed Smith himself, often serves as an incubator for Research and Development and unique artist builds, and the innovation and custom designs that go along with that eventually see their way into mainstream production.