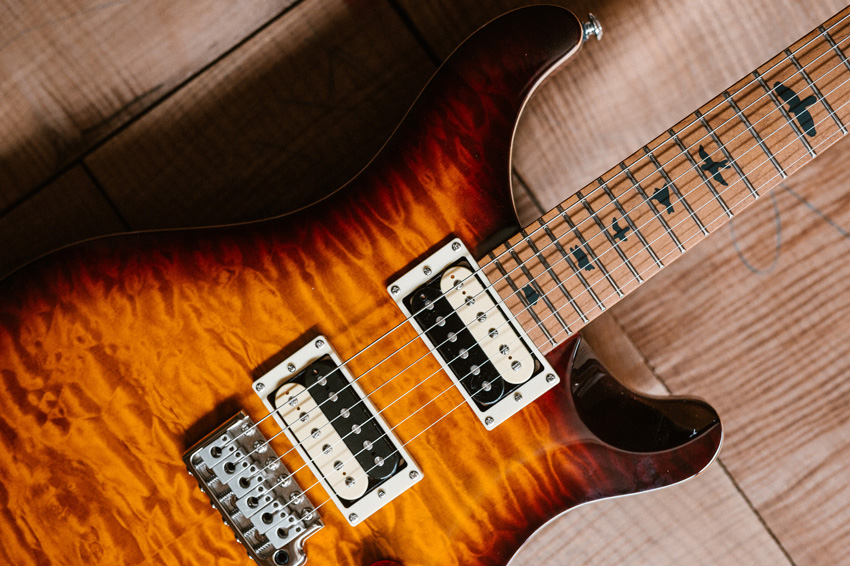 Building off of a limited edition that was originally only offered outside of the United States, PRS Guitars today announced the SE Custom 24 Roasted Maple Limited is now shipping in the USA. The PRS SE Custom 24 is the quintessential SE guitar, designed to faithfully reflect the PRS model that started it all. The SE Custom 24 Roasted Maple adds a roasted (or torrefied) maple neck and fretboard while serving up classic PRS playability, reliability, and vibrant tone.

This model keeps all of the foundation specifications as the SE Custom 24, including a maple top, mahogany back, Wide Thin maple neck, 24 frets, 25” scale length, the PRS patented molded tremolo, and dual 85/15 “S” pickups with a 3-way blade switch and push/pull tone control for coil tapping. The maple neck and fretboard have been roasted, which not only looks striking (the maple turns a beautiful golden color), but it further stabilizes the already strong maple for a neck that helps the guitar ring out.

“The SE Custom 24 Roasted Maple limited run has been a smashing success. They look, sound, and feel amazing, and I can only hope they inspire what they were designed to do, which is to create music,” said Jim Cullen, Director of Sales. “I’d also like to thank our retailers for their overwhelming support, we couldn’t have done it without them.”

Fewer than 2,000 SE Custom 24 Roasted Maple Limited Editions are being made for the US market. These guitars are gig ready, studio sound, and sure to turn heads. For more details, click here.