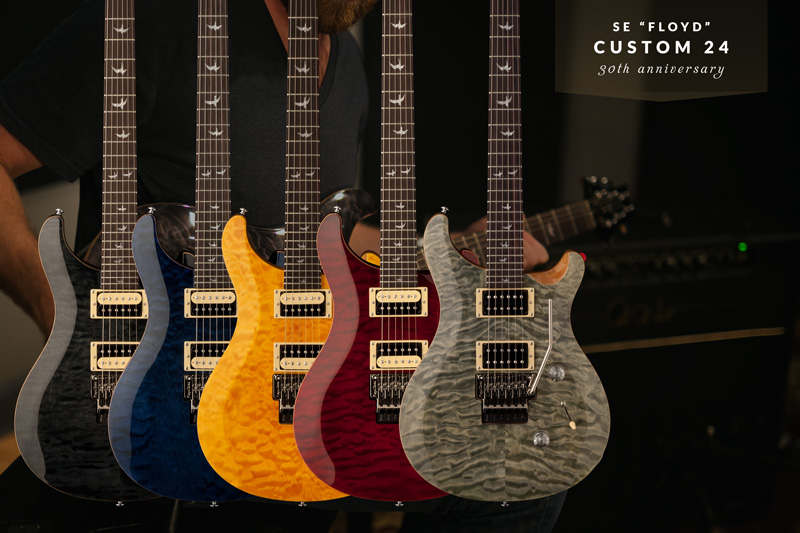 The SE 30th Anniversary “Floyd” Custom 24 celebrates many things: 30 years of PRS, the growth that has allowed PRS to deliver quality instruments to players at the most affordable levels, and the guitar that started it all with the edgy update of a Floyd Rose 1000 Series tremolo.

"The SE line continues to provide players worldwide with an affordable guitar of excellent quality,” said Doug Shive, SE Line Business Manager. “The new 30th Anniversary SE “Floyd” Custom 24 is yet another great value guitar and one that allows players to dig in, rock out, and dive away in style.”

Since the SE project began in 2001, the goal has been to provide quality instruments at more affordable prices that guitarists of all levels don’t have to fight to play and that they won’t grow out of. Played by beginners, gigging players, and touring artists all over the world, the SE line of electrics, acoustics, and basses offers the perfect combination of playability, sound and craftsmanship at an extraordinary value.