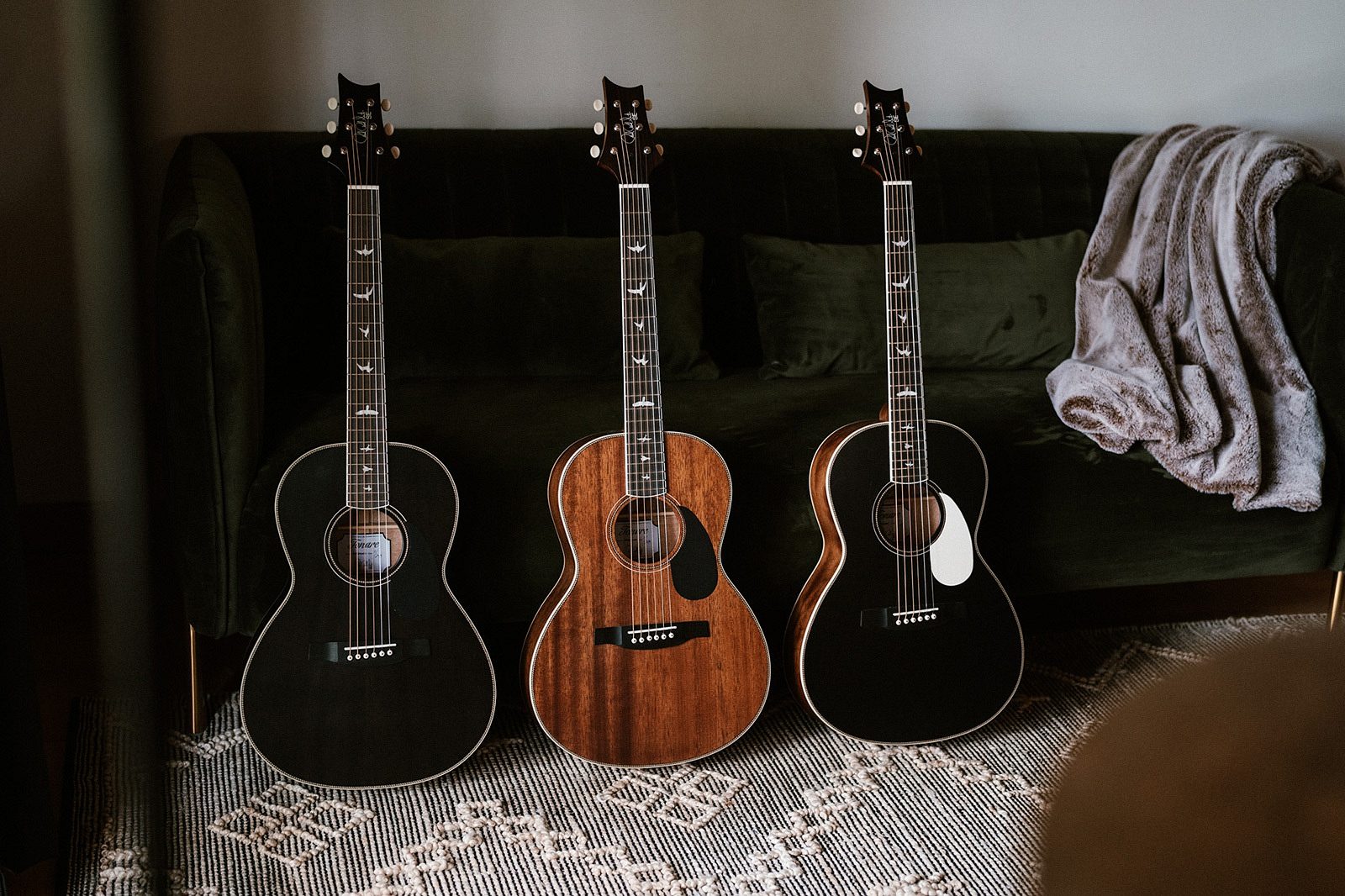 PRS Guitars has long been known for its solid-body electric instruments, but today PRS is proudly announcing its first-ever Parlor acoustic guitars. Building on its successful SE acoustic lineup, PRS’s new assortment of SE Tonare Parlor Acoustics are available in several colors and are offered both with and without electronics.

The PRS SE P20 & P20E are parlor-sized acoustics with big presence. Featuring PRS hybrid “X”/Classical bracing, which allows the top to freely vibrate, the SE Parlor acoustics project with bold, even tone. These guitars boast all-mahogany construction, and have an organic, warm voice. Their smaller size makes playing for hours effortless and comfortable.

“We intended to release these guitars in conjunction with our Experience PRS 35th Anniversary event. We are extremely disappointed we had to cancel that celebration, but, over time, we will still release a series of new products that were slated for that celebration. We are happy to offer these new instruments as the first of those announcements,” said Jack Higginbotham, PRS Guitars COO. “At a time when players might enjoy a new and unique tool for writing, home-recording, and getting lost in playing for hours without ending up with a sore strumming shoulder, we thought these guitars would make a good companion.”

Parlor-sized acoustics can be miscategorized because of their size, but, make no mistake, this is a professional-grade instrument. Plug in, and the Fishman GT1 pickup system delivers dynamic, organic tone, so whether writing, recording, or performing the P20E is sure to impress. This electronics system features an undersaddle pickup and soundhole mounted preamp with easy-to-access volume and tone controls, which essentially transform what some may consider a “couch-only guitar” into a workhorse stage instrument.

“This thing is absolutely ready to take on stage. The pickup sounds beautiful and natural. It’s just an all-purpose instrument,” said PRS Artist Davy Knowles. “I mean it’s a great guitar for keeping at the end of your couch and picking up on the sofa, and it’s super comfortable in that respect, but I think as an actual touring, gigging instrument – fantastic. And, as a recording instrument, it’s beautiful. I’ve already used it on recordings of mine, and I was super pleased.”

Available in three satin finishes with herringbone rosettes and accents, PRS SE Parlor acoustics look as good as they sound. Other high-quality features include a solid mahogany top, ebony fretboard and bridge, bone nut and saddle, as well as PRS trademark bird inlays and headstock design. PRS SE Parlor acoustics come with a high-quality gig bag and are strung with 12-53 strings.