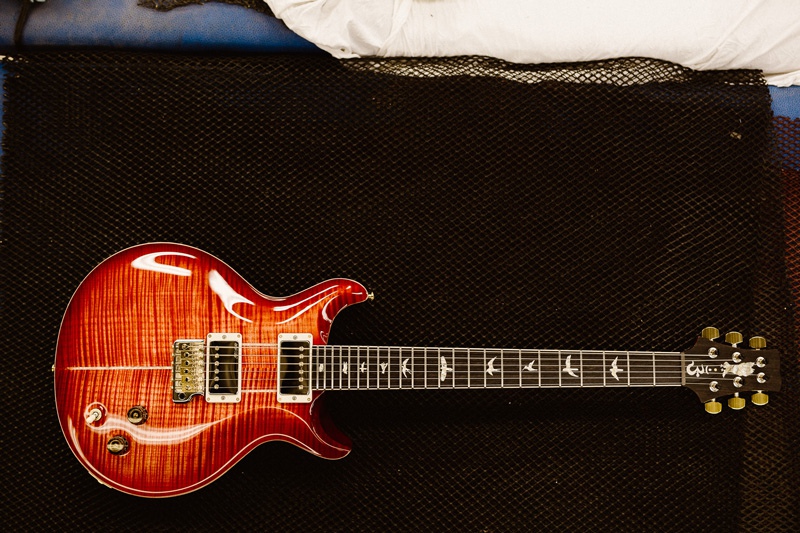 As part of their 2017 Core Series announcements, PRS Guitars has revamped its longest-running artist signature model: the Santana. The 2017 Santana model is being reintroduced as the Santana Retro, a model previously only available through the Private Stock program.

Based directly off of a “Pre-Factory” guitar Paul Reed Smith built for Santana, the Santana Retro features several design elements from the early 1980’s, including a deeper body carve and scoop, an original style heel, and the original headstock shape and nut placement.

Santana’s long-standing creative partnership with Paul Reed Smith has done much to shape the destiny of PRS Guitars. One of the company’s first artists, Santana’s endorsement of PRS helped acquire investors and dealers without whom PRS may have never gotten out of the attic back in 1985. Through the years, PRS has honored this pivotal alliance with varying signature models. The Santana Retro is the first to so closely honor this history.

For players interested in historical specs and a guitar that in many ways started PRS, check out the 2017 Santana Retro HERE.