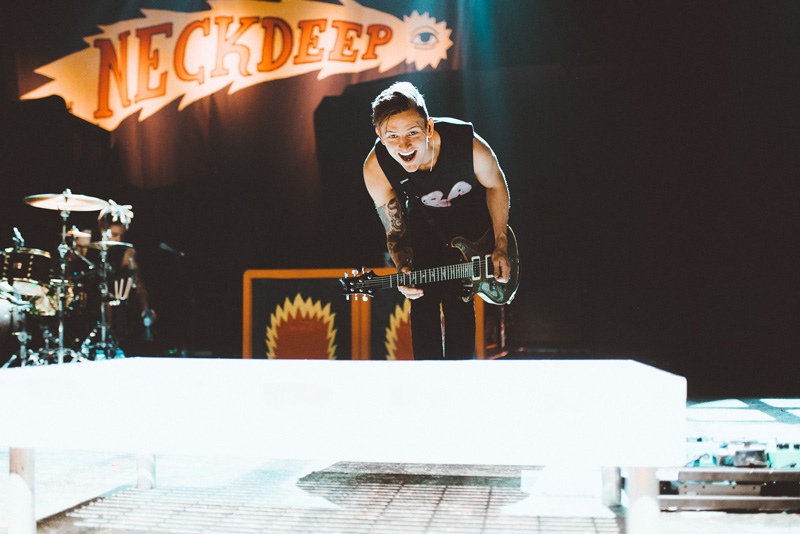 It’s a summer tradition! For the fourth consecutive year, PRS Guitars is teaming up with the Vans Warped Tour presented by Journeys as an official guitar sponsor of this major summer-long festival starting June 16th in Seattle, traversing across the US, and culminating in a final concert on August 6th in Pomona, CA.

This year’s activations include representation on site and on Warped social channels. Vans Warped Tour will be producing several short videos featuring PRS artists. These videos will be hosted on the Vans Warped Tour Facebook page for Warped attendees and fans to enjoy.

PRS Artists on the Vans Warped Tour include:

Dylan Bowman and Steve Menoian from I Prevail

Along the tour, PRS media partner, Alternative Press Magazine (AP) will be hosting PRS artist signings at their tent (schedule to be announced). AP’s tent will have two PRS guitars on display and offer free PRS swag at each of the tour’s 39 stops. The guitars on tour with AP include an SE Custom 24 model and the Maryland made S2 Singlecut Standard plus a Sonzera 20 watt Combo amplifier. These road-worthy models are highly reliable and instantly comfortable to play – perfect for life on the road with the Vans Warped Tour. AP will be using the guitars and amp in a weekly Snapchat challenge which will feature a behind the scenes look at PRS Warped artists. AP’s on-site correspondent will be challenging guitarists to play classic songs, hot riffs, and more. Follow @altpress on Snapchat to join in on the fun.

“Vans Warped Tour has been bringing together fans, bands and brands for years and we are excited about continuing our relationship for the 2017 tour. This year, PRS artists will be rocking it on stage, signing autographs and telling fans across the globe about life on the road with Warped and PRS. The tour and relationship just keeps getting better,” stated PRS Public Relations & Event Coordinator, Jeanne Nooney.