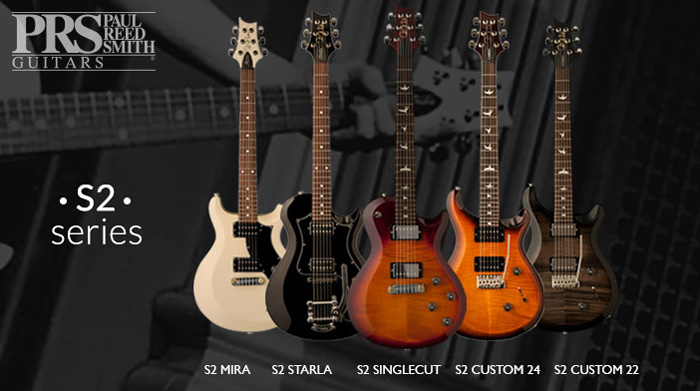 PRS Guitars is proud to announce that the complete series of PRS S2 electric guitars, including the newly introduced S2 Singlecut and S2 Custom 22, will make their official début at the 2014 Anaheim NAMM show. Built at PRS Guitars’ Maryland facility by skilled craftsmen, the S2 Series is considered one of the most significant product launches in the company’s history. The S2 series offers the quality, sound, and playability that appeals to long time PRS fans while a more accessible price point helps to attract a new audience of musicians.

The new S2 Series premiered in July 2013 with three models: the S2 Custom 24, the S2 Starla, and the S2 Mira, which offer a retro-inspired vibe that has attracted musicians across a wide diverse group of genres ranging from Indie to Country, Punk, Rock and Metal.