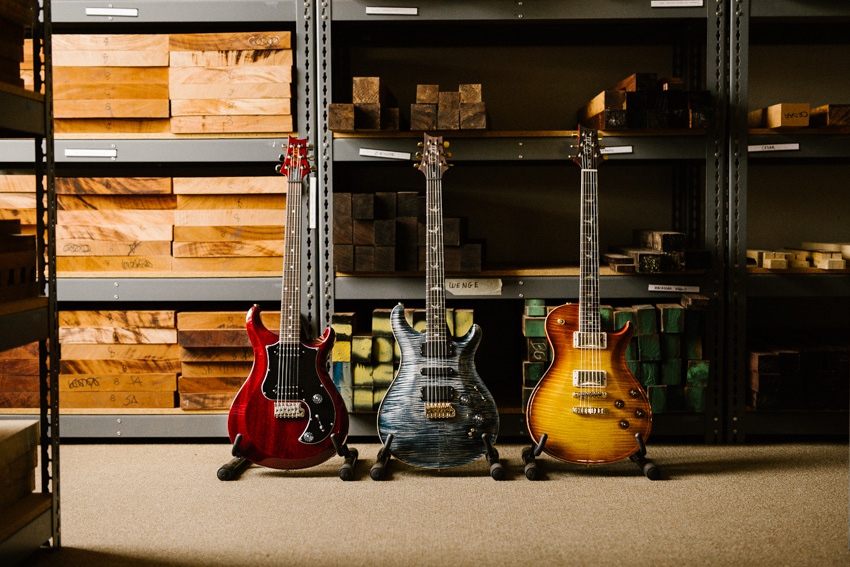 Throughout the 2017 Core Series, PRS Guitars has made several subtle specification changes, including the PRS Patented Gen III Tremolo, a new value-add for the company’s 10-Top models, and a piezo model shake up. PRS has always paid great attention to the details, never content to stand on ceremony, so that players can have the best tools for the job. 2017 is proving to be no different.

The PRS Patented Gen III tremolo, which will now come standard on all trem-equipped models except for the DGT signature model, maintains the functionality and incorporation of brass and unplated components of PRS’s well-known tremolo, but also has some notable updates that further support the fidelity of the guitar’s tone and maximize sustain. Updates include redesigned mounting screws with larger thread and a larger custom head. This update increases the mass of the screw by 50% and creates 32% more contact from the screw to the guitar’s body, notably increasing the harmonics and sustain of the guitar. Bridge plate groves have also been added that match the saddle height adjustment screws’ radius, again for more contact between the components.

Another new specification for Core comes with PRS’s 10-Top upgrade. For those unfamiliar with PRS-lingo, a 10-Top is a highly-figured piece of maple with no “dead spots.” Players can specify this when ordering a guitar, and guitars with this upgrade could previously be spotted in the store by the “10” handwritten on the back of the headstock. For 2017, 10-Tops will automatically default to hybrid hardware, a handsome upgrade players can flaunt without having to flip their guitar around.

Also on the Core line, the piezo-equipped P22 and P24 models have been rebranded as the Custom 22 Piezo and Custom 24 Piezo respectively, and the popular Hollowbody II is being offered with or without the piezo option. While this does not come with any specification updates (outside of the PRS Gen III Patented Piezo Tremolo now coming standard), the alignment of these models with the Custom family of instruments takes one step to streamlining the company’s offerings.

See the models at www.prsguitars.com/products.