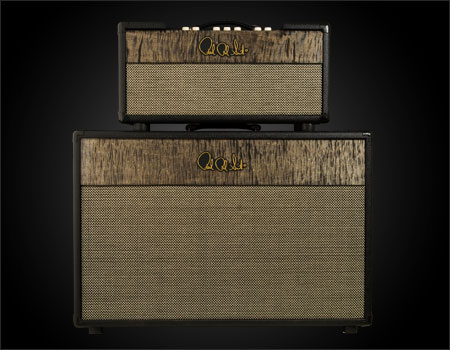 As the world moves more and more towards home recording, PRS is offering the new full production run Recording Amp. This “universal” amp is ideal for recording and for producing heavy tones, super clean tones, and everything in between. External switches on many internal gain and tone components normally inaccessible on other amps provide a nearly infinite tonal and gain palate. Two distinct covering options are available for both the head and cabinet. Covering is available in both Stealth (black Tolex) and Paisley, and both options come standard with distinctive curly maple panels.

“When I came up with this concept, my goal was an amp that does it all in a simple and efficient manner – the results are highly musical,” said Paul Reed Smith.

25 Limited Edition Experience PRS 2010 versions of the Recording Amp were created for the open house this past September and were featured as part of the “studio-style” demonstrations lead by famed producer Peter Denenberg and guitarist Nick Moroch.