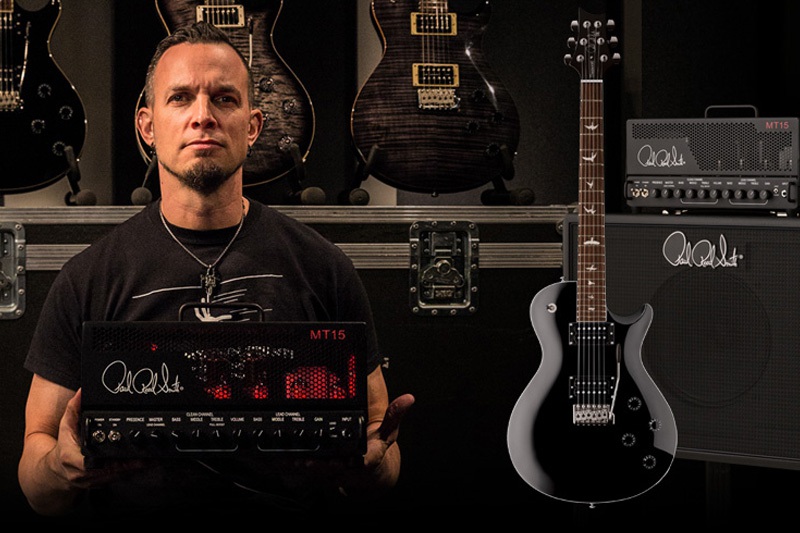 To celebrate the launch of two new products, the MT 15 lunchbox amplifier and the SE Mark Tremonti Standard, PRS Guitars and Mark Tremonti put together an exciting “Win My Rig” promotion with a prize pack worth more than $1,900. PRS is proud to announce that Cole S. from Arkansas won the prize package!

Here's what he'll be rocking:

PRS MT 15 Amplifier – Inspired by the PRS Archon family, the MT 15 is a 2 channel, 15 watt lunchbox sized amp (switchable to 7 watts) with a push/pull boost control on the clean channel. Powered by 6L6 Tubes, the MT 15 has a large, bold sound, so you can dig in with heavy rhythm playing but also get singing lead tones out of one amp.

“Through his work with Alter Bridge and Tremonti, Mark has made a name for himself as a powerful guitar player and melodic writer. He’s made a huge impact helping to bring rock guitar back to the forefront of music,” stated PRS founder, Paul Reed Smith. “As a long-time player of PRS Guitars and a self-proclaimed amp fanatic, we love Mark’s insight and have really enjoyed the opportunity to develop new products with him. Our Tremonti “Win My Rig” contest is a fun way to share that product development with fans and guitar players.”

Learn more about the MT 15 Amplifier.